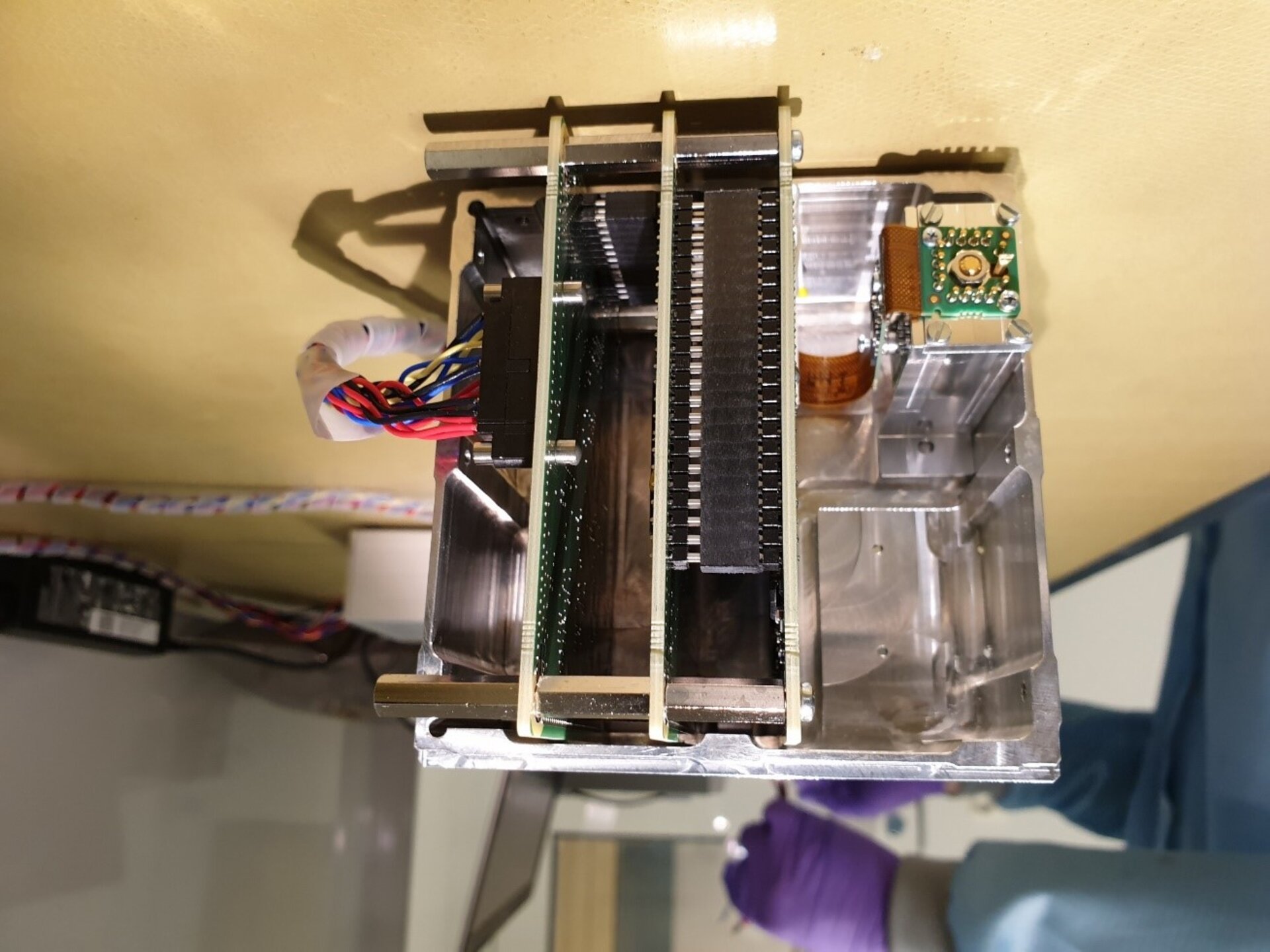 Solar flares are linked to a variety of space weather processes that can negatively interfere with things on Earth, such as communications. Associated coronal mass ejections can induce radiation storms affecting satellites, create ionospheric disturbances impacting satellite navigation systems and interfere with our planet’s magnetosphere – creating currents that can affect ground systems including power distribution networks. By measuring X-ray emissions from the Sun, we can predict when these space weather events might occur and prepare for them.

Currently, most of our data about this applied to space weather operations comes from the US, who already have instruments in space to measure the X-ray flux from the Sun, but this is about to change.

The innovative instrument will also measure X-rays in a new way, collecting more information based on both X-ray fluxes and high-resolution spectra.

The Finnish team led by the company ISAWARE is developing the instrument called XFM-CS (X-ray Flux Monitor for CubeSats), which will fly on the mission recently baptised as SUNSTORM. The SUNSTORM CubeSat is itself a GSTP activity through Element 3: FLY, with Reaktor Space Lab, also in Finland.

The Sun goes through 11-year cycles of activity with the last period of very intense activity in September 2017. Right now, it is entering a solar minimum but by the time this instrument launches the next solar active period will be beginning and so it should be able to observe far more solar activity.

While the instrument will not be able to determine where a flare is on the Sun’s surface, it will accurately count the total number of X-ray photons we see coming from the Sun. Since the Sun doesn’t normally emit a lot of X-rays, flares readily show up on this data and enable those analyzing the data to classify solar flares whose location can be pin-pointed using other instrumentation.

Measuring solar X-rays in space is not a new idea and the XFM-CS instrument uses technologies that have previously been flown, reducing the risk and making it possible to go from concept, to design and flight testing in a single contract. One new element to be demonstrated is the silicon drift diode, barely bigger than an ant, which detects X-rays as pulses and is read out by a small analogue board before being discretized and packaged by energy on the FPGA processor board. The performance of the pulse processing electronics, to be able to measure the largest flares without saturation, constitutes one of the biggest challenges for the instrument development.

The monitor has undergone environmental testing and the team who built it are confident that it will survive in the harsh conditions of space, when it launches on SUNSTORM. Flying on a CubeSat means that the testing was not required to be as rigorous, time consuming or costly as is usual for space instrumentation but provides an ideal opportunity to demonstrate the concept in space. This is essential, as there are no sources on ground that provide the same spectrum of X-rays coming from the Sun that do not make it through the Earth’s atmosphere. Although the instrument must fit into a box less than 10 x 10 x 8 cm.

A fully space qualified version of the instrument, following all the testing required for standard space missions, is being developed in parallel to fly on ESA’s Space Weather mission (named LAGRANGE) that is planned to launch in 2025, and will carry two detectors to ensure accurate measurement of flares of all possible sizes, which may occur during its longer lifetime.