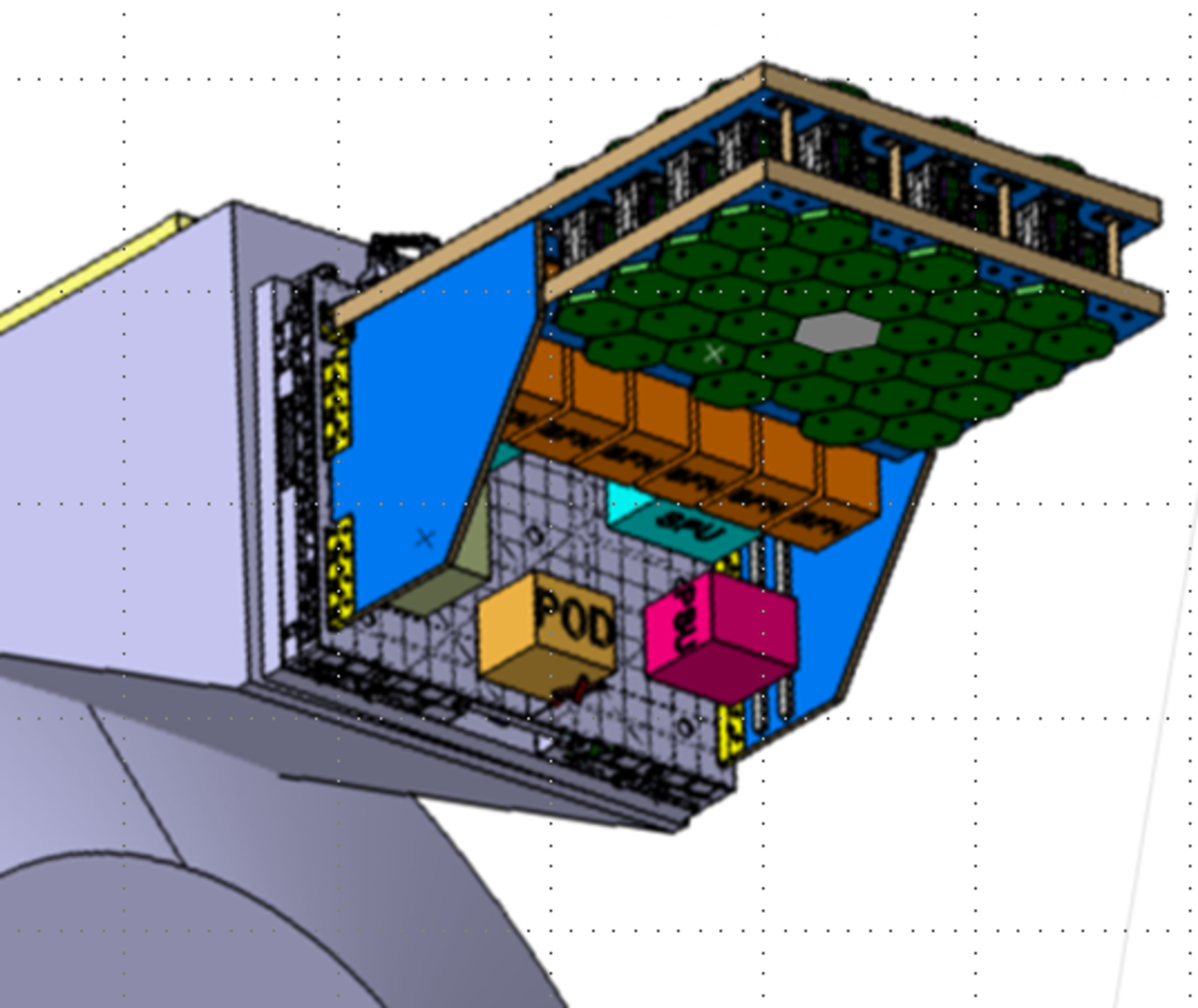 
This activity, led by the Institute of Space Studies (IEEC, ES), is related to the use of Global Navigation Satellite System (GNSS) signals for remote sensing, with particular focus on ocean altimetry. It comprises the development of a new airborne instrument with improved performance over previous cases, the execution of an experiment, the data analysis and the extrapolation of results to space, all successfully achieved with Aalto University (FI), UPC (ES) and TU-Delft (NL) as subcontractors.

The above picture shows the payload of GEROS-ISS mission, installed in the Columbus upper balcony, to carry out GNSS reflectometry, radio occultation and scatterometry observations. (Courtesy ADS-CASA Espacio). Two antenna arrays follow with parallel beams 4 direct and reflected GNSS signals, as well as those from rising or setting GNSS satellites. Beamformers provide the signals to correlators units which produce waveforms whose leading edge delay and peak amplitude depend on sea surface height, wind speed as well as atmospheric parameters, such relationship forming the basis of the geophysical retrieval.

Objectives
Development of a Software GNSS Reflectometry PARIS receiver for airborne experiments, with real time storage capability for beamforming in post-processing. Demonstration of accurate ocean altimetry along multiple points off the sub-track of the aircraft using satellites from various GNSS constellations.

Benefits
The results of this activity have helped consolidate the predicted performance of GEROS-ISS on the solid basis of experimental results, a potential mission under study to fly a GNSS reflectometry payload on board ISS. At the same time it has demonstrated the technology and techniques that would be used on such spaceborne mission. Some new calibration and data processing techniques have been developed to enhance the altimetric and scatterometry performance further. The data sets have been provided openly to the GNSS Reflectometry community. Different institutes and companies have used or are currently using those data sets for different purposes.

The graphic to the left displays the measured sea surface height retrievals at 1 (green) and 10 (red) second incoherent integration times together with the sea level (light blue) and local EGM96 geoid model (dark blue) as a function of time (equivalent to a span of about 50 km). The actual slope of about 2 cm/km in the sea surface topography is clearly retrieved by the GNSS reflectometry observations.

Further activities
Optimize altimetry retrieval algorithms using the acquired data set further, as for example, demonstrating further improvements in altimetry performance by using complete Delayp-Doppler maps. Processing of the data corresponding to the flight leg across several fiords to investigate on altimetric performance near coast lines. Deepen the knowledge on statistical properties of the waveforms to optimise geophysical retrievals.