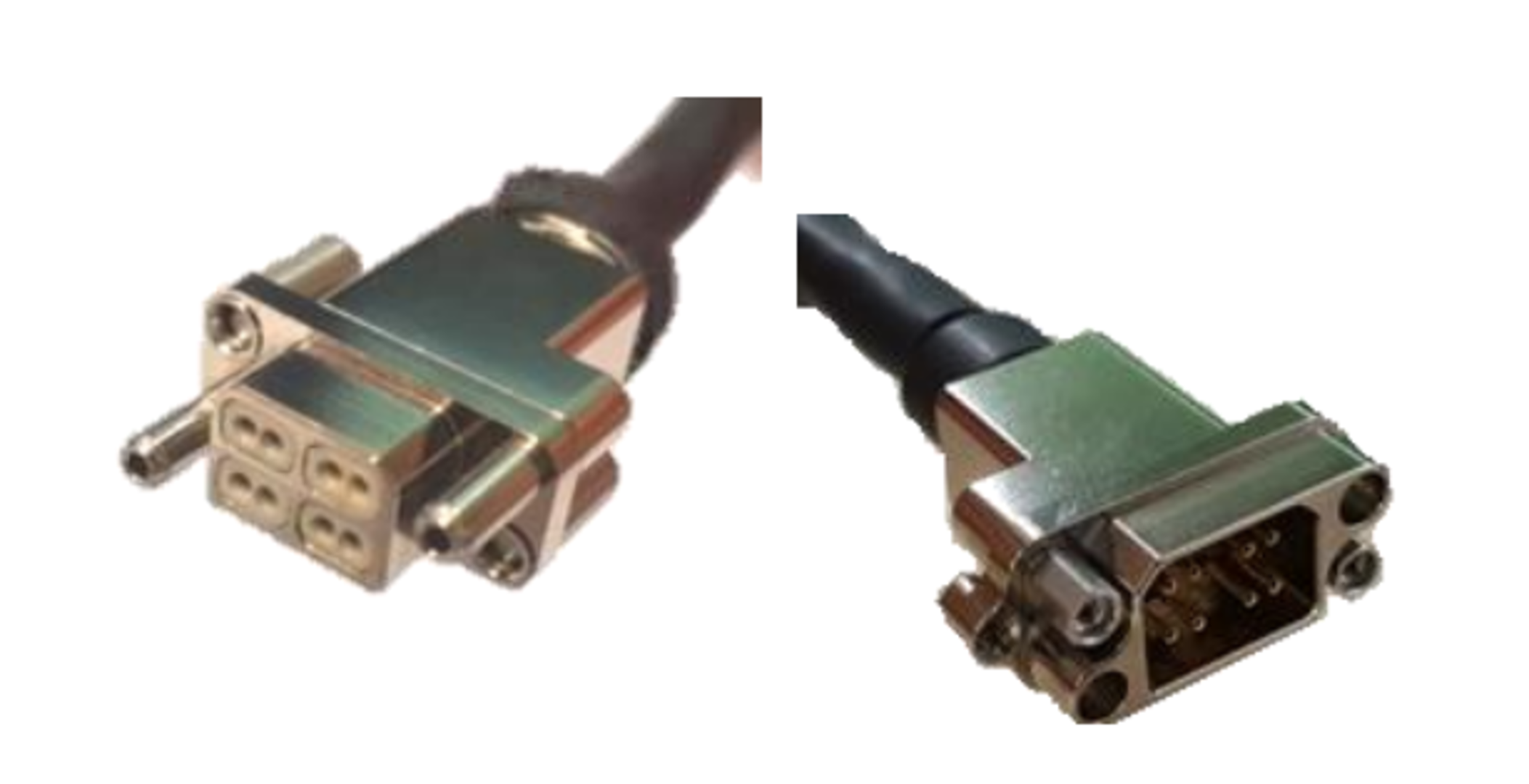 A brand new connector has been developed to meet SpaceWire protocols, and has been chosen to fly on the SMILE mission.

MicroMach was developed under a TDE contract with Axon (France) after it became clear that 9-ways micro-D connectors, previously considered the best option, were no longer suitable for the needs of European space and technology advances.

Thanks to its geometry (1 cavity by transmission line), MicroMach® connectors are able to reach far lower Crosstalk levels than previous connectors – on average 25dB lower.

By providing better signal integrity, MicroMach links are also able to reach far higher data rates (up to 3 GB/s) than MicroD links (depending on the cable length.)

The connector range consists of a male inline cable plug, a female inline receptacle, plus a further 3panel-mount receptacles for the three different styles of printed circuit board termination – wired, SMT or Flex-rigid.

Using ESA’s Laboratories, the MicroMach was able to undergo vibration, endurance and thermal testing in order to see if it met the SpaceWire standards necessary.

Through these tests, the activity identified some design adjustments that, if made, would allow the cable and connector to have an even greater electrical performance e.g. the characteristic impedance  could be improved with cabling process enhancement; the crosstalk could be reduced with the modification of the pins allocation and the shielding effectiveness could be improved.

Following this, MicroMach will undergo further qualification after it was selected for the external electrical harnesses for the Soft X-Ray Imager (SXI) instrument onboard the SMILE mission.