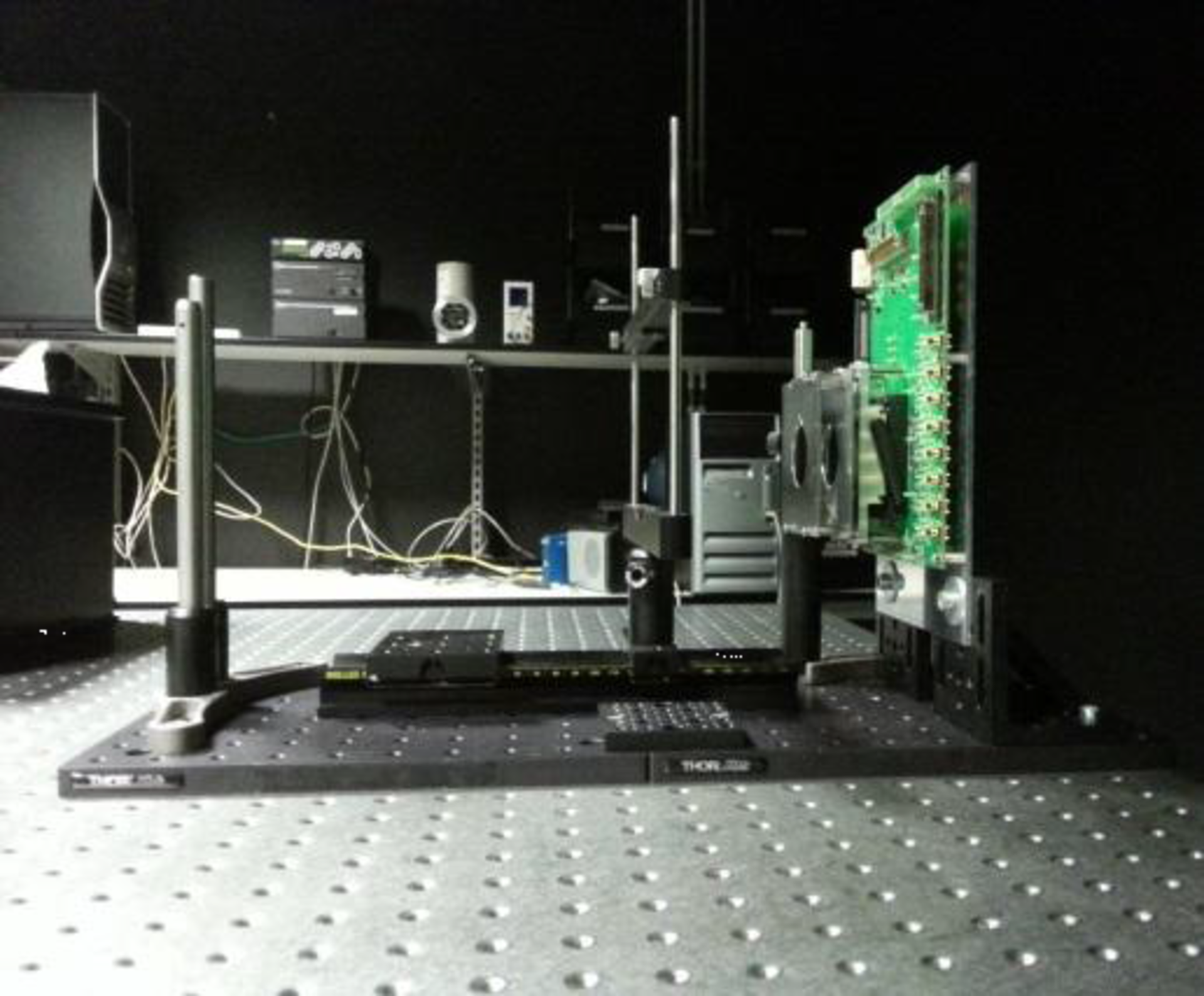 These measurements have traditionally been achieved using semiconductor photo detectors, which require temperatures between approximately 50K and 150K.

To reach these temperatures, cryogenic systems are required, which are costly and increase instrument and spacecraft system complexity.

Recent advances in uncooled thermal detectors are changing the landscape of TIR detectors for space applications. As such, an increasing

number of space missions, for both EO  and astronomy, are currently flying, integrating, planning or envisaging payloads designed around room temperature microbolometer arrays.

The sensing element in a resistive microbolometer usually consists of a thin film micro-bridge: a thermometer-absorber thermally isolated by being suspended above the underlying substrate.

A GSTP Activity, with XENICS in Belgium and the National Optics Institute in Canada, wanted to push this technology to its next stage.

Current systems use vanadium (di)oxide (VOx), amorphous silicon or  silicon-germanium. This activity wanted to develop the VOx technology and its capabilities for push broom and 2D imaging to meet generic requirements for future EO missions, to achieve a 2D megapixel array.

The bolometer’s camera can also be used for fire detection, hot spot detection in industrial environment and surveillance of gasoil pipelines.

As a next step, the activity plans to further develop the high-resolution read-out circuit technology needed as during the process it was found they are exhaustive and require much more robust verification methods than planned.