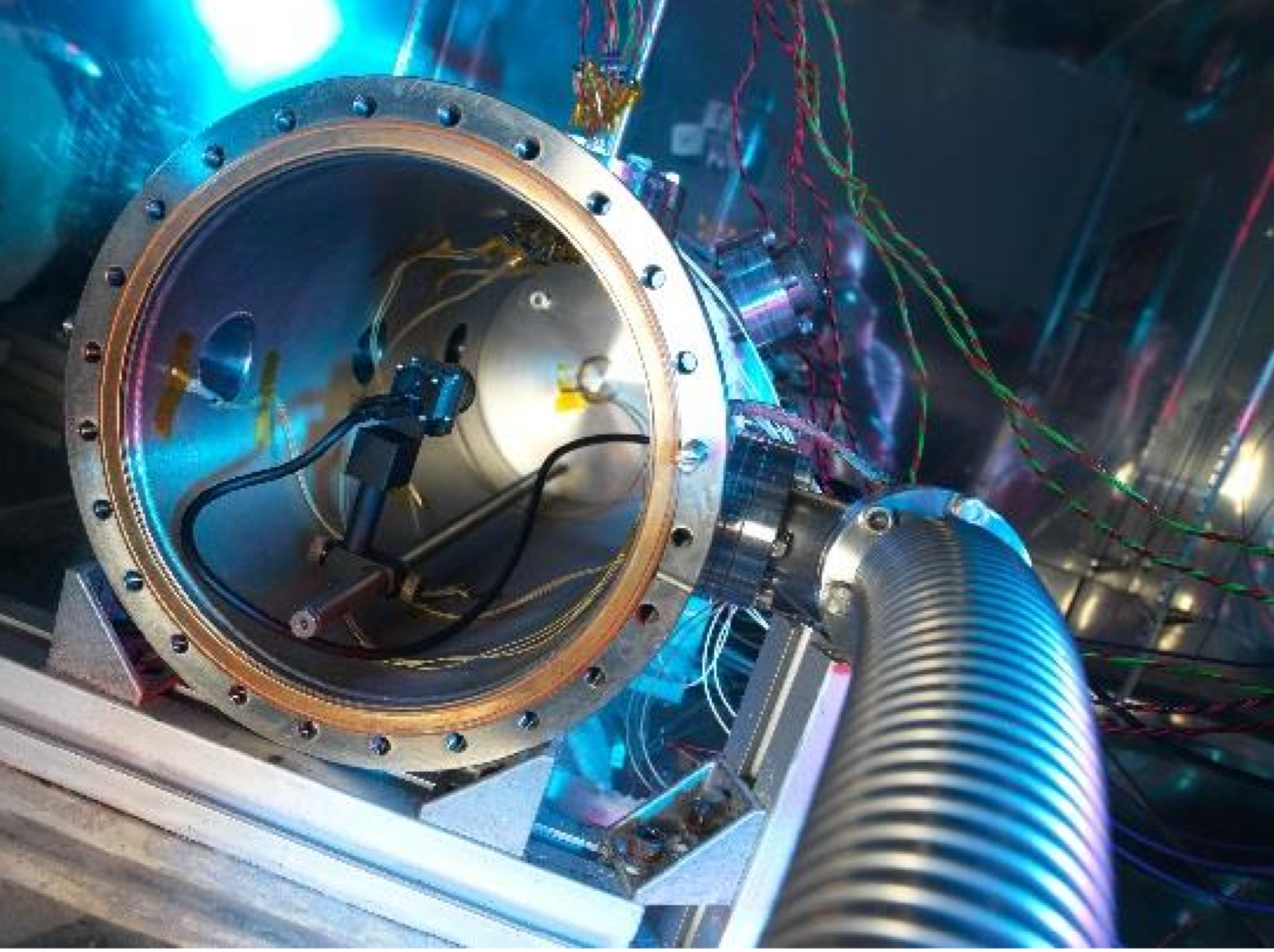 Thermal imagers can provide temperature measurement over a large area with high resolution, but they require further development to deliver lower uncertainty in their measurements across all important components. One of the ways the space industry plans to improve thermal imaging performance and ease of use is it to have the device operate in thermal vacuum.

A GSTP activity, under the de-risk framework, aimed to modify an off- the-shelf thermal imager, that was low in size, weight and cost, and could function in thermal vacuum to be used for metrology measurements onboard spacecraft.

It also had to function across a temperature range of -40°C to 60°C with low outgassing. In addition the thermal imager was to have a calibration uncertainty of ± 1°C for an in-vacuum calibration.

This technology could be used in several areas, such as in the thermal vacuum ground testing of spacecraft components and entire vehicles such as satellites. Here the thermal imager can be placed anywhere – including internally – to provide a high resolution, low uncertainty measurement across a large area. This would reduce the need for large numbers of contact sensors whilst also providing more information. A further application would then be including such imagers on a system once its in-flight to provide temperature measurement data.

The activity, conducted with National Physical Laboratory in the UK, successfully converted a boson thermal imager with a weight of 44g by raising its maximum operating temperature from 48.5°C to 60.3°C. It was also able to reach the ESA outgassing standard and calibrated to an uncertainty of ±0.75°C and ±1.05°C at the low and high end of its operating range.

This was a vast improvement compared to the thermal imagers original off-the-shelf performance and, impressively, no roadblocks were encountered in reaching this high performance operation in thermal vacuum. As such this flexible, low cost, low uncertainty thermal imager is now ready for continued development.

The activity is now undergoing further testing and development with the aim of producing a fully developed thermal imager (at TRL 8) in mid-2024.