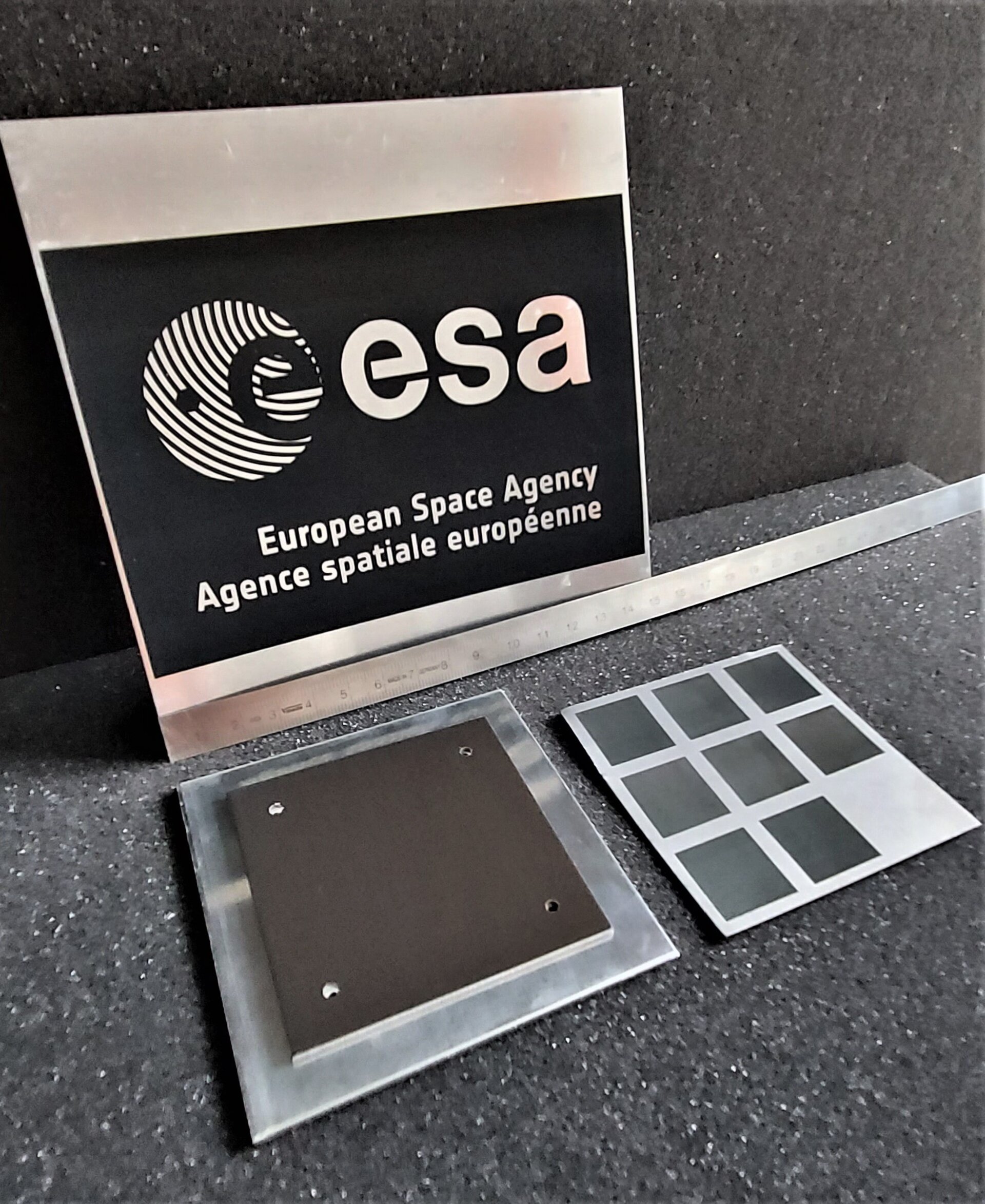 One of the challenges faced by a spacecraft is maintaining the temperatures of all of the equipment, especially electronics, on board so that it can continue working. Sometimes, the equipment generates too much heat, and this excess waste heat is exchanged with the environment via radiation.

Radiating surfaces are often coated with a black surface layer, to make sure they emit as much heat as possible.

A new GSTP activity with Azimut Space, in Germany, has taken this one step further – using a recently developed technique where lasers carve into metallic surfaces to form microstructures capable of trapping light, rendering a surface entirely black.

The technique, called BLAST (Black LAser Surface Treatment), is already being tested for terrestrial use in the energy saving and battery industries[MP1] . But its possibility for use in space had never been fully realised, until now.

The activity characterised and tested the technique to see if the infrared emissivity and solar absorptivity values – two of the most important thermal properties – could reach the levels needed for a spacecraft’s radiating surface without affecting the substrate’s mechanical properties.

Tests were also conducted to determine whether the technology would be able to withstand the space environment, in particular the vacuum and handling (cause for possible scratches and impact on performnaces).

Overall, three materials (two types of aluminium and one titanium) were put through the rigorous testing regime to see how the etching process affected each of them and over 200 samples were produced for the testing process.

The activity found that BLAST has many benefits over traditional coatings, beyond the very high infrared emissivity and solar absorptivity values seen.

The process adds no additional weight, suffers from no outgassing issues, shows no corrosion and can be used over a wider temperature range.

Next, the activity plans to continue full qualification of the BLAST technique for space.