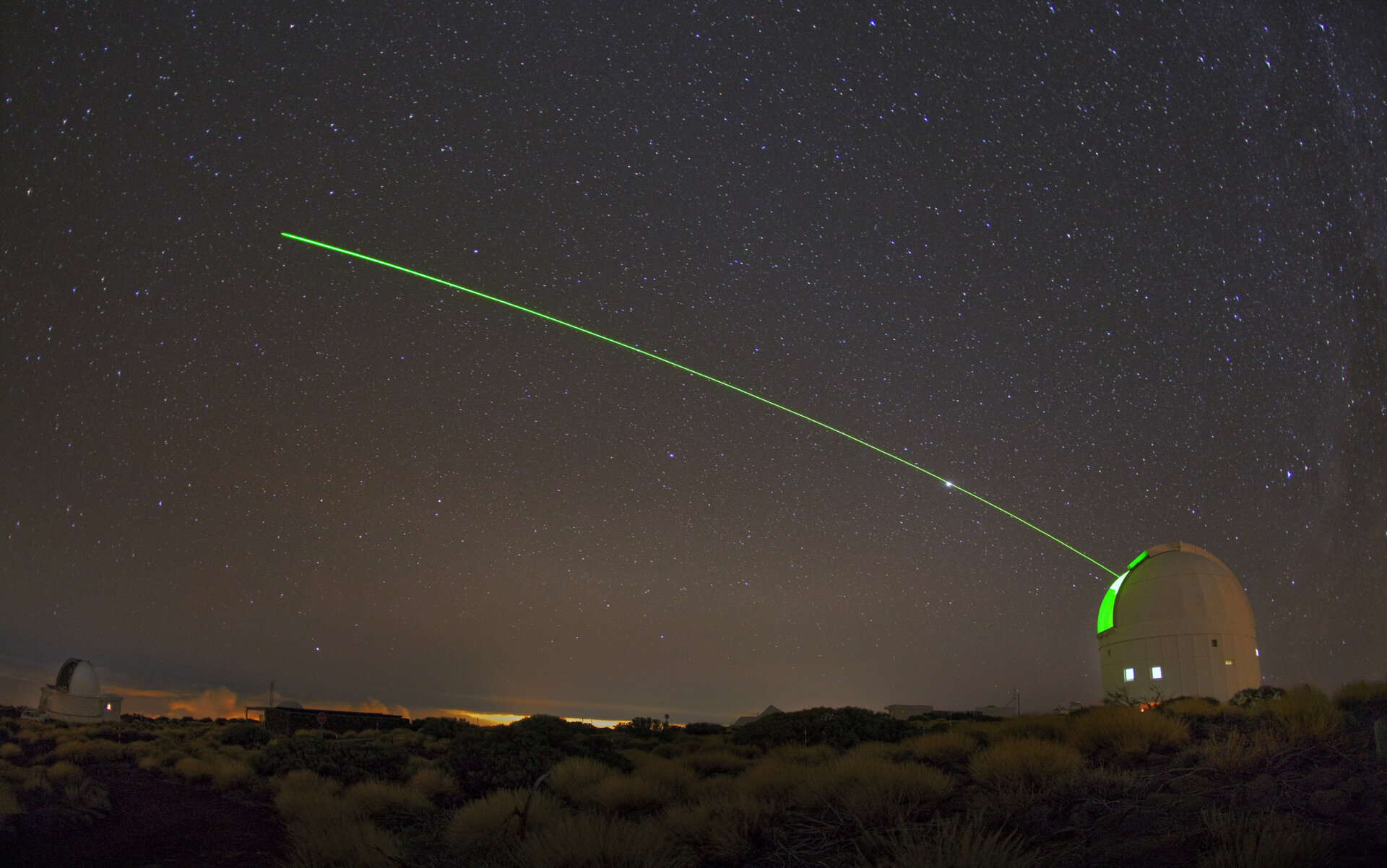 A GSTP activity (4000112211) has shown that recent advances in the technology mean lasers can now be used, with a 60% success rate, to track the orbits of non-reflective space debris.

Since the first space mission in 1957 satellites have had a great impact on our daily life. Modern navigation, communication and Earth observation are just examples of the wide range of possible space-based applications. But beside satellites, a lot of inactive objects populate near-Earth orbits too, called space debris. The current most complete database of LEO objects contains at least 17,700 objects over 10 cm in size, based on measurements using radar facilities.

“Satellite laser ranging technology for pinpointing satellites is a highly precise technique, measuring them down to a centimetre or even millimetre level,” explains Tim Flohrer, the technical officer for the activity.  “Space debris is usually observed by passive telescopes that measure the object’s location in relation to the sun or by using radar technologies, where we send out a radar beam for the object to reflect back and determine location.” Both techniques have limitations for space debris objects, for the optical method you need sun, and for the radar technique you need lot of energy.

But recent developments in laser tracking technology meant that improvements could be made, and it could be used for space debris as well as satellites.

For this activity (G517-141GR), an optical approach was suggested to determine the orbital positions of space debris using the technique of satellite laser ranging (as performed since the early 1960s) and adapting it to a non-cooperative target without a reflector.

To investigate the various benefits of the newly advanced optical technology, the SLR station in Wettzell (operated by the Federal Agency for Cartography and Geodesy and the Technical University Munich) was modified and supplemented with a suitable laser to perform laser ranging to space debris.

Measurement campaigns were performed to evaluate the performance of the system and besides the standard single station two-way ranging, several other measurement configurations were examined. The measured ranges were used to calculate orbits of exemplary space debris objects and a dedicated software was developed to estimate the accuracy of the orbits.

The activity showed that by illuminating the object with a laser beam and using receivers at three sites then they had a 60 per cent success rate in tracking the object’s orbit accurately. Despite a complex set up and a baseline of several 100s of km, the ground stations could pinpoint non-cooperative objects to one order of magnitude more precisely than when compared with the radar method.

A technology improvement that’s vital if, in the future, we are to help in collision avoidance and reentry for space safety purposes.