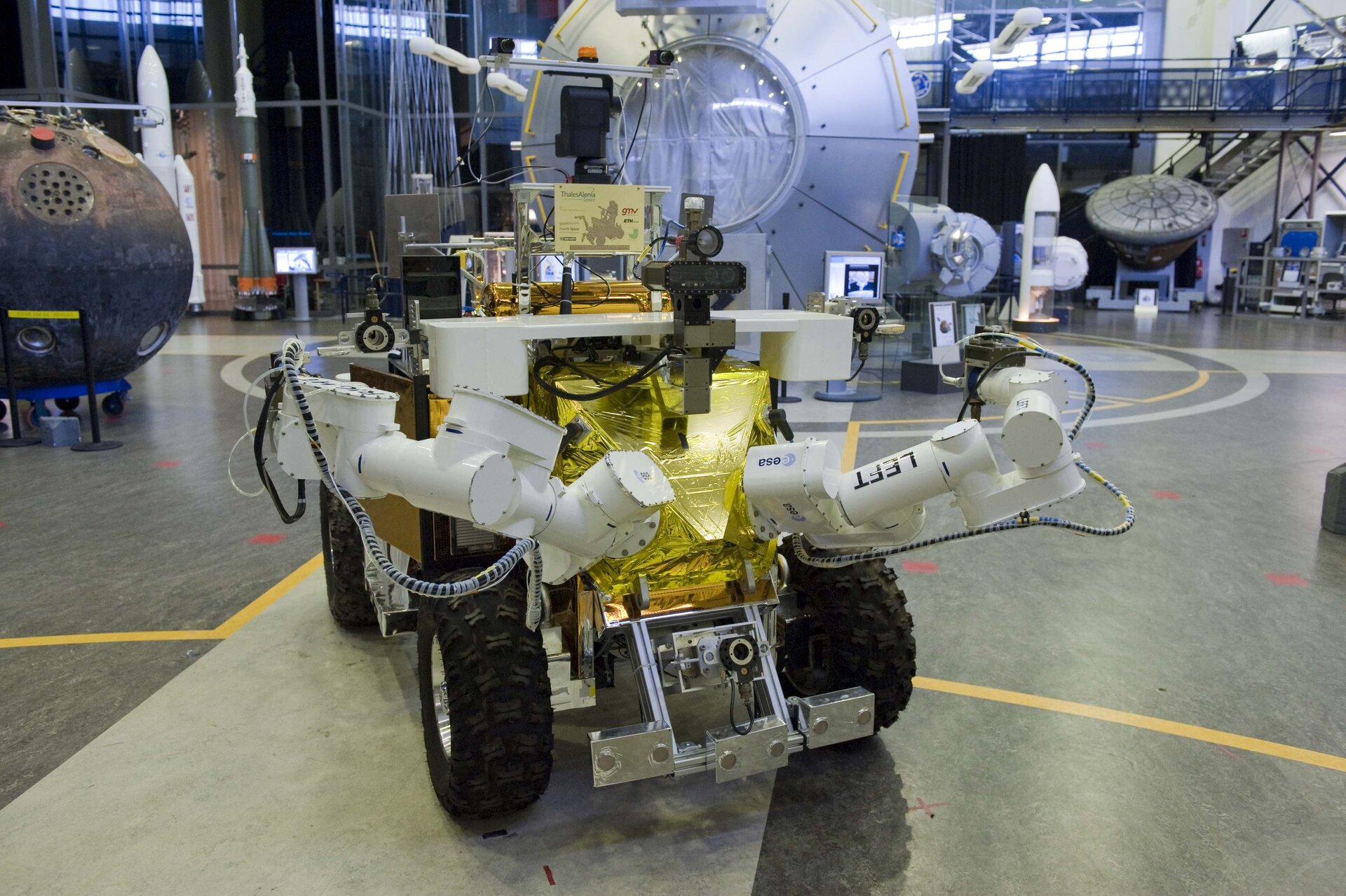 “Instead, we need to find ways of making knowledge and support directly available to the crew, who must make quick decisions about unexpected problems under heavy time pressure, in a hostile environment.

“The approach we are working on involves intelligent electronic partners, called ePartners, which can support crews by not only relating all necessary information but also, by coming to higher-level conclusions, actively support the decision-making process.”

Four test sessions took place over two days in the Erasmus human spaceflight centre at ESA’s ESTEC technical centre, in Noordwijk, the Netherlands, with the wheeled Eurobot Ground Prototype playing the role of a Mars rover.

Test participants took the role of the astronaut driver, known as Albert, working with the mission commander back at the expedition habitat, called Hannah. A real ESA astronaut was among those taking part: Léopold Eyharts, who has flown to both Mir and the International Space Station.

The simulated task was to erect a cache tent for storing equipment, some distance from the main habitat. The real testing began with a carefully simulated error. One of the rover’s wheels became unable to turn freely, leaving the crew facing a dilemma.

The stuck wheel would increase the drain on the battery. So, in response, should the driver swap the current battery with a reserve, attempt to fix the wheel, or perhaps change the mission plan and move the cache closer to the habitat, although reducing its usefulness in the process?

Already actively assisting the participants as the access point to all mission checklists and associated data, the tablet-accessed ePartners could actively warn the original mission is endangered, suggest different alternatives and even caution that they might be becoming stressed or overworked.

The operating principle behind the ePartners is an ‘abstraction hierarchy’, with rules set up to link high-level abstract concepts starting with the overall mission purpose with the tangible objects involved in the mission via intermediate concepts like functions, tasks and processes – for instance, to be able to understand and relate that a wheel failure threatens mission success.

The various sessions alternated between the use of active ePartners and a passive version of the same software, to see which option proved the more effective.

“In a future operational version of MECA-Heart, all the hardware in use, such as the rover, would be meshed to the system,” adds Mikael. “For this test simulation we worked on a ‘Wizard of Oz’ approach, with engineers as intermediaries, to perform the actions the astronauts command.”

“This project is the latest phase of a much longer-running MECA initiative, which has previously involved experiments with the Mars500 crew and the Concordia station in the Antarctic.

“More than three man-years of work have gone into the MECA-Heart server, running the ePartners, which is hosted by the Dutch company s&t in Delft, one of our partners in a consortium that also includes Dutch firm TNO, OKS from Spain and Airbus in Germany.”