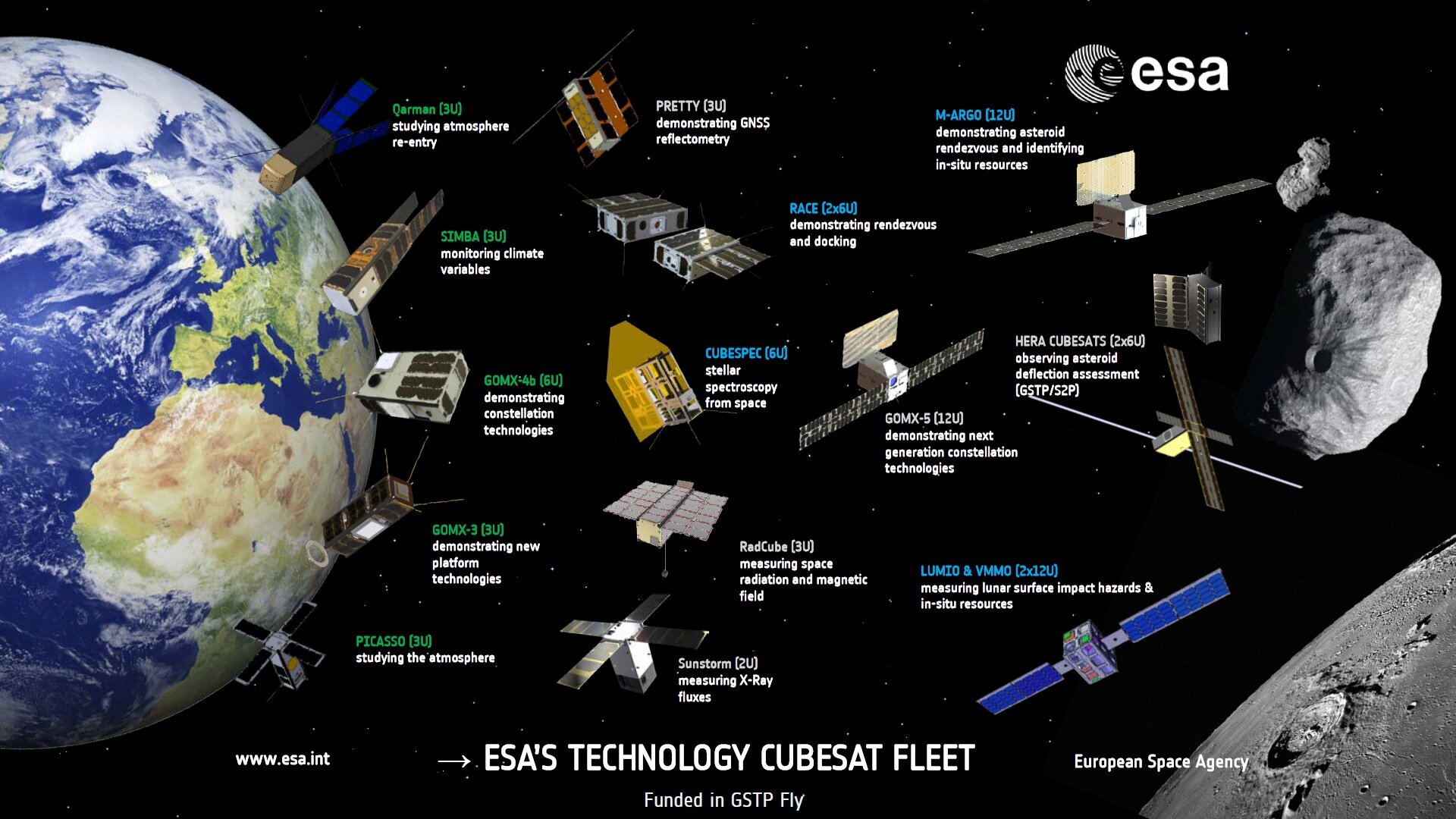 ESA is increasingly utilising small ‘CubeSat’ nanosatellites. These are employed for the In-Orbit Demonstration (IOD) of miniaturised technologies and for small payload-driven missions, as well as ESA Education activities.

These nanosatellites typically weigh between 1 and 10 kilograms and follow the popular ‘CubeSat’ standard, which defines the outer dimensions of the satellite within multiple cubic units of 10x10x10 cm. For instance, a 3-unit CubeSat has dimensions of 10x10x30 cm and weighs about 3-4 kg. This is typically the minimum size which can accommodate small technology payloads.

Fixing the satellite body dimensions promotes a highly modular, highly integrated system where satellite subsystems are available as ’commercial off the shelf’ products from a number of different suppliers and can be stacked together according to the needs of the mission. Furthermore, the standard dimensions also allows CubeSats to hitch a ride to orbit within a container, which simplifies the accommodation on the launcher and minimises flight safety issues, increasing the number of launch opportunities as well as keeping the launch cost low.

Due to their high degree of modularity and extensive use of commercial off the shelf subsystems, CubeSat projects can be readied for flight on a much more rapid basis compared to traditional satellite schedules, typically within one to two years.

CubeSats have already proved their worth as educational tools. In addition, they have various promising applications in the ESA context:

Since 2013, ESA has begun a number of CubeSat missions funded under the In-Orbit Demonstration part of the General Support Technology Programme (GSTP). The first IOD projects to fly have been the following: