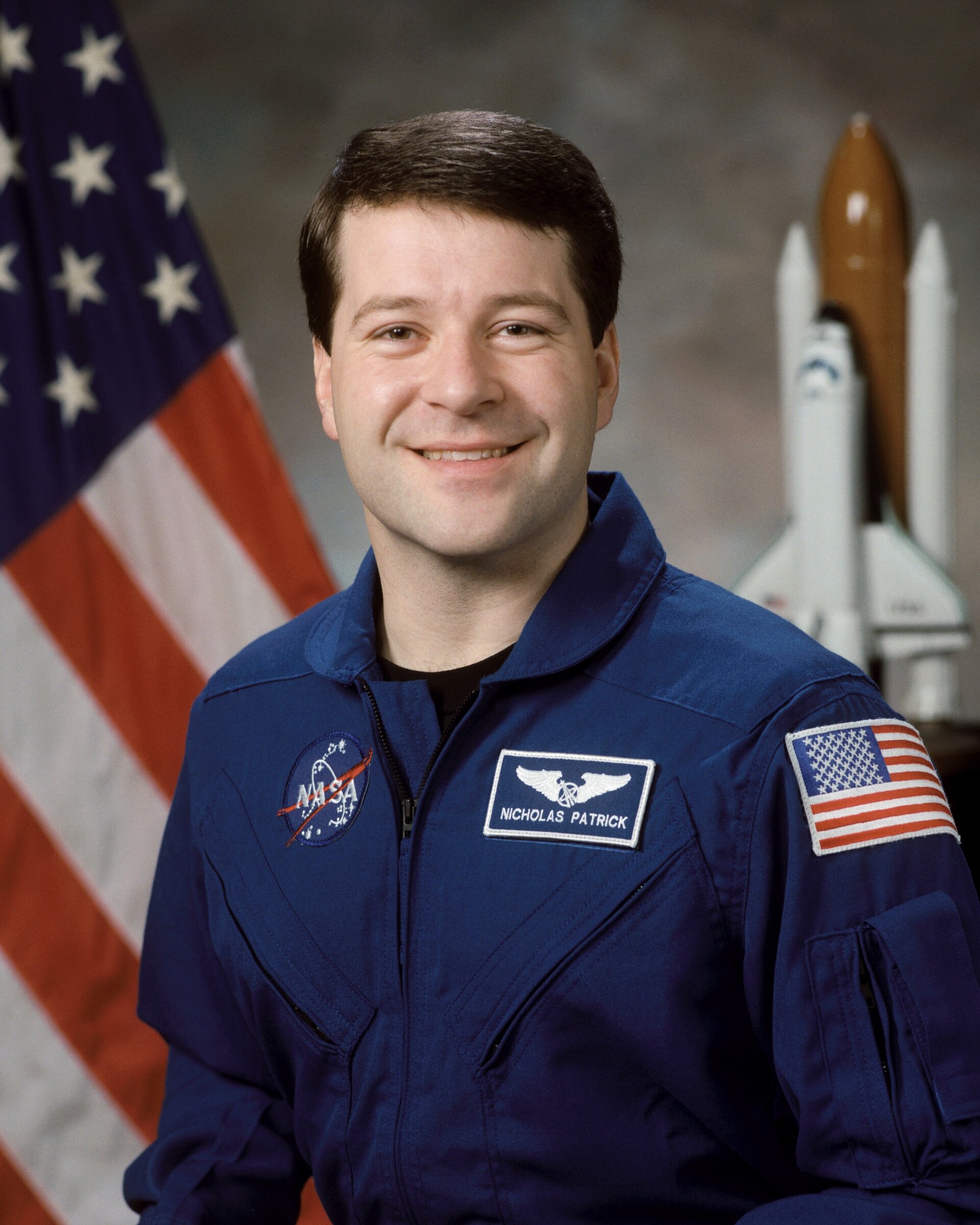 Nicholas Patrick was born in 1964 in North Yorkshire in the United Kingdom. He became a US Citizen in 1994. He is married. His recreational interests include flying, reading, fixing and building things, hiking, and scuba diving.

While at university, Dr Patrick learned to fly as a member of the UK Royal Air Force's Cambridge University Air Squadron, and spent his summers as a civil engineer in New York and Connecticut. After graduating from Cambridge, he moved to Boston, Massachusetts, where he worked as an engineer for the Aircraft Engines Division of GE.

He then attended the Massachusetts Institute of Technology (MIT), where he was a teaching assistant and then a research assistant in the Human-Machine Systems Lab in the Department of Mechanical Engineering. His research interests included telerobotics, aviation psychology, decision theory, optimisation, and econometrics. While at MIT, he worked as a flight instructor at Hanscom Field’s East Coast Aero Club and as a statistician and programmer for a medical and robotic products company.

Upon completion of his doctorate, Dr Patrick joined Boeing's Commercial Airplane Group in Seattle, Washington, where he worked in Flight Deck Engineering as a systems and human-factors engineer on many of Boeing’s commercial aircraft models.

Dr Patrick has logged over 1 900 hours as a pilot in more than 20 types of airplane and helicopter, including over 800 hours as a flight instructor in the Boston, Seattle, and Houston areas.

Dr Patrick is assigned as a mission specialist on the STS-116 mission.