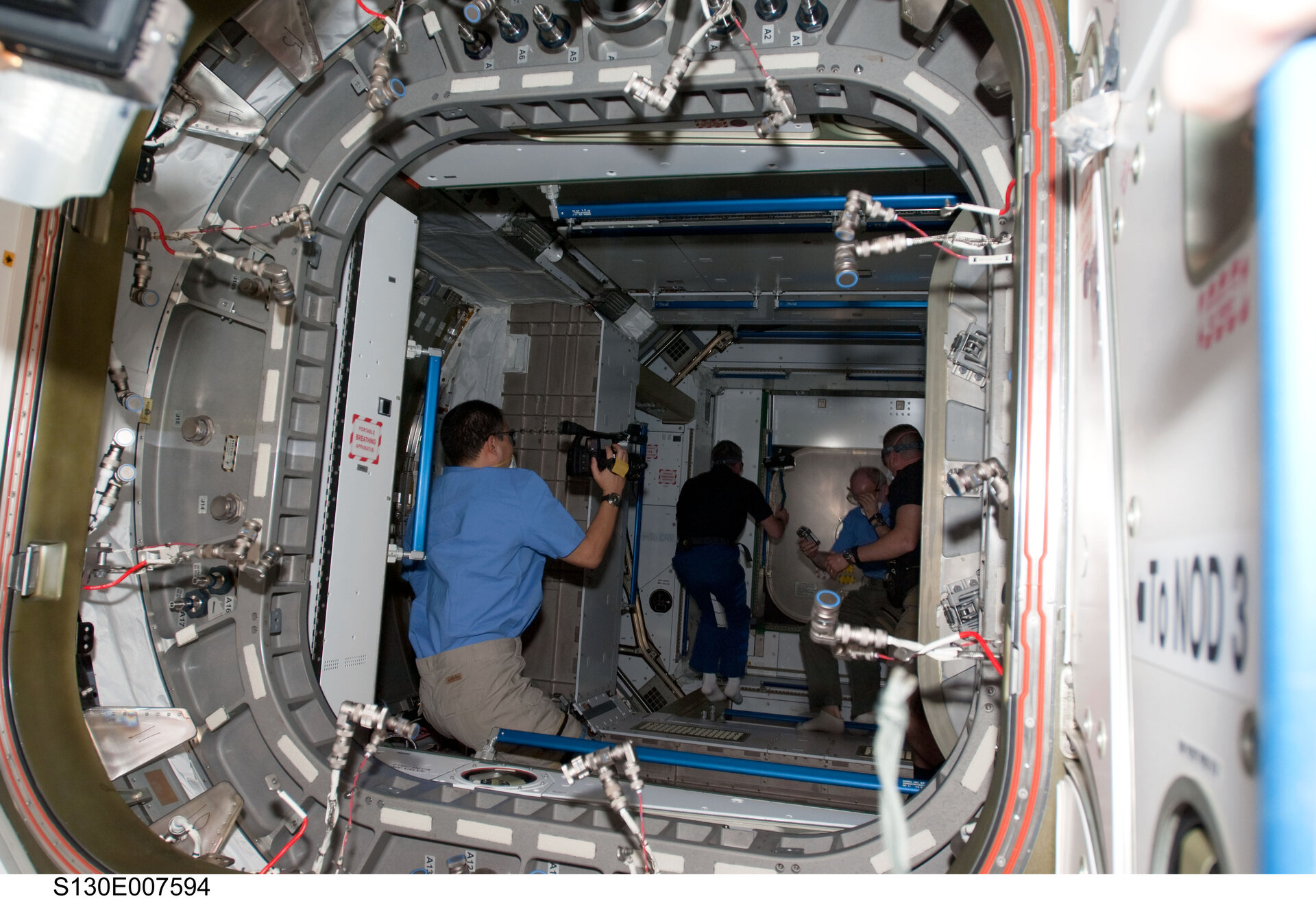 Astronauts of the Space Shuttle Endeavour and ISS opened the hatches between Node-1 and Node-3 at 03:17 CET (02:17 GMT) this morning and entered their new module. For the moment, the module remains passive, with temporary lighting and ventilation, while it is prepared for the relocation of the Cupola window module.

With Node-3 now a part of the International Space Station (ISS), the first racks are being installed. This includes the advanced Resistive Exercise Device and the Air Revitalization System. The four additional racks – two Water Recovery System racks, the Oxygen Generation System rack and the Waste and Hygiene Compartment – may be installed on the final day of the Shuttle mission if an additional day can be added. Otherwise, they will be moved into Node-3 after the Shuttle departs.

After arriving at the ISS on Wednesday morning, a full day of activities and a 6.5-hour spacewalk by astronauts Nicholas Patrick and Robert Behnken, Node-3 was berthed at the left side of Node-1 on Friday morning.

The next milestone in bringing the Node and Cupola to full operation is the relocation of Cupola, planned for the early hours of Monday, 15 February. Crew already entered Cupola for reberthing preparations this morning at 05:32 CET; opening the window shutters is planned for next Wednesday, when Cupola will be in its final position on the Earth-facing port of Node-3.