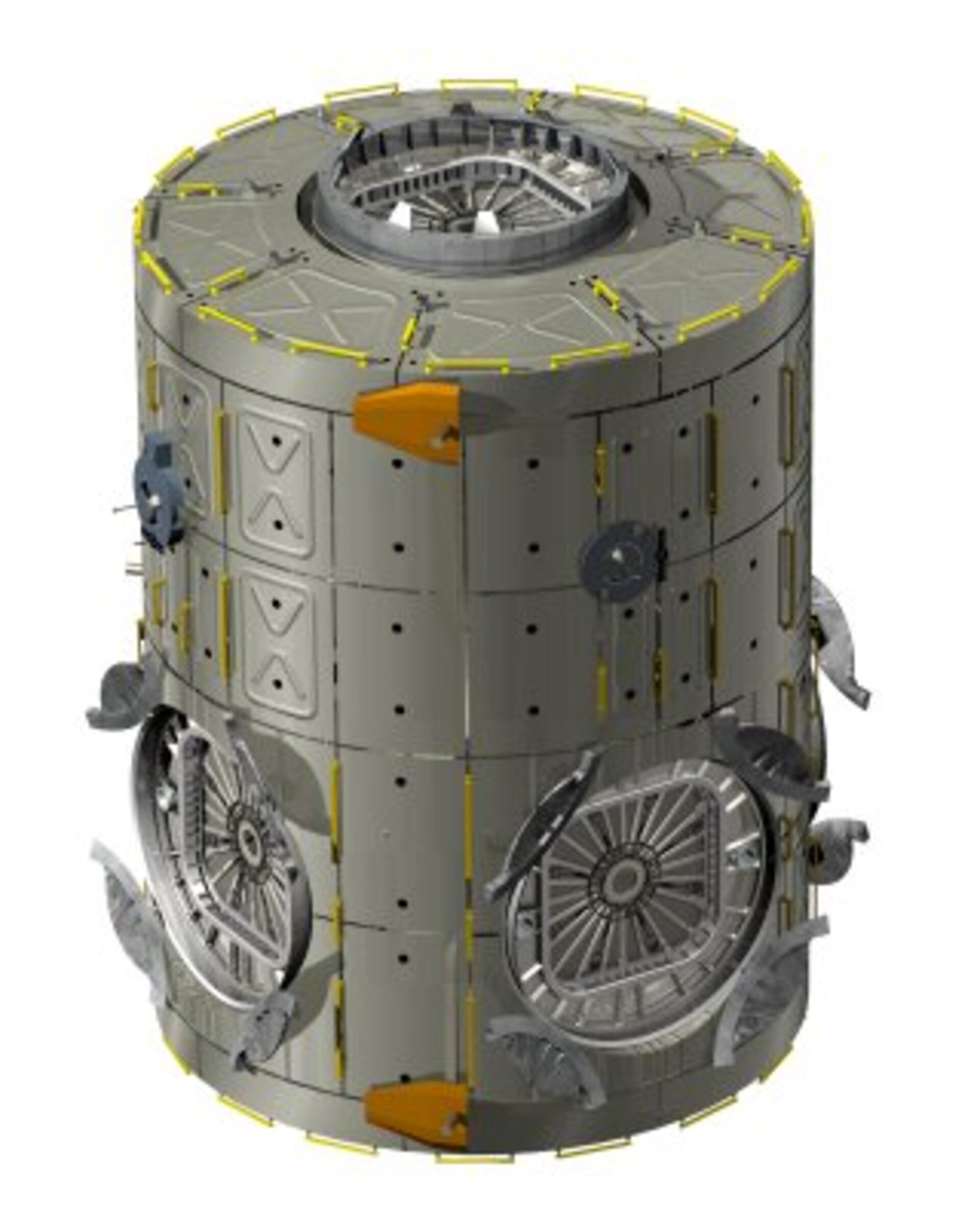 Node-3 consists of a pressurised cylindrical hull 4.5 m in diameter with a shallow conical section enclosing each end. It is almost 7 m long and, together with Cupola, weighs over 13.5 tonnes at launch.

The pressurised shell of Node-3 is constructed from aluminium alloys. This is covered with a multi-layer insulation blanket for thermal stability and around 75 panels to shield against bombardment from space debris. This panelling is also constructed of an aluminium alloy together with a layer of Kevlar and Nextel.

Internal and external secondary structures support equipment, piping and electrical harnesses. Two water loops (low-temperature and moderate-temperature loops) remove the heat generated inside the Node to the ISS ammonia lines via two heat exchangers on the outside of one end cone.

Node-3 can be considered in two parts. One half has a single docking port on an end cone for docking to the ISS. This half also accommodates eight system and equipment racks.

The other half consists of an additional five docking ports, one on the other end cone and four arranged around the circumference of the cylindrical main body . Originally, the Habitation module, the Crew Return Vehicle and the Pressurised Mating Adaptor 3 (PMA-3) were also to be attached to Node-3 along with Cupola. However, the first two were deleted and the PMA-3 will be housed on the Earth-facing port of Node-1. This was the original docking location of Node-3 before its relocation to the port (left-hand) side port of Node-1.

Nodes-2 and -3 are an evolution of Node-1. Thales Alenia Space proposed a design for Nodes-2 and -3 based on experience with the Multi-Purpose Logistics Modules, taking into account new habitability requirements: permanent crew quarters for four astronauts with the capability to recycle water, cater for personal hygiene and waste, remove carbon dioxide and generate oxygen.