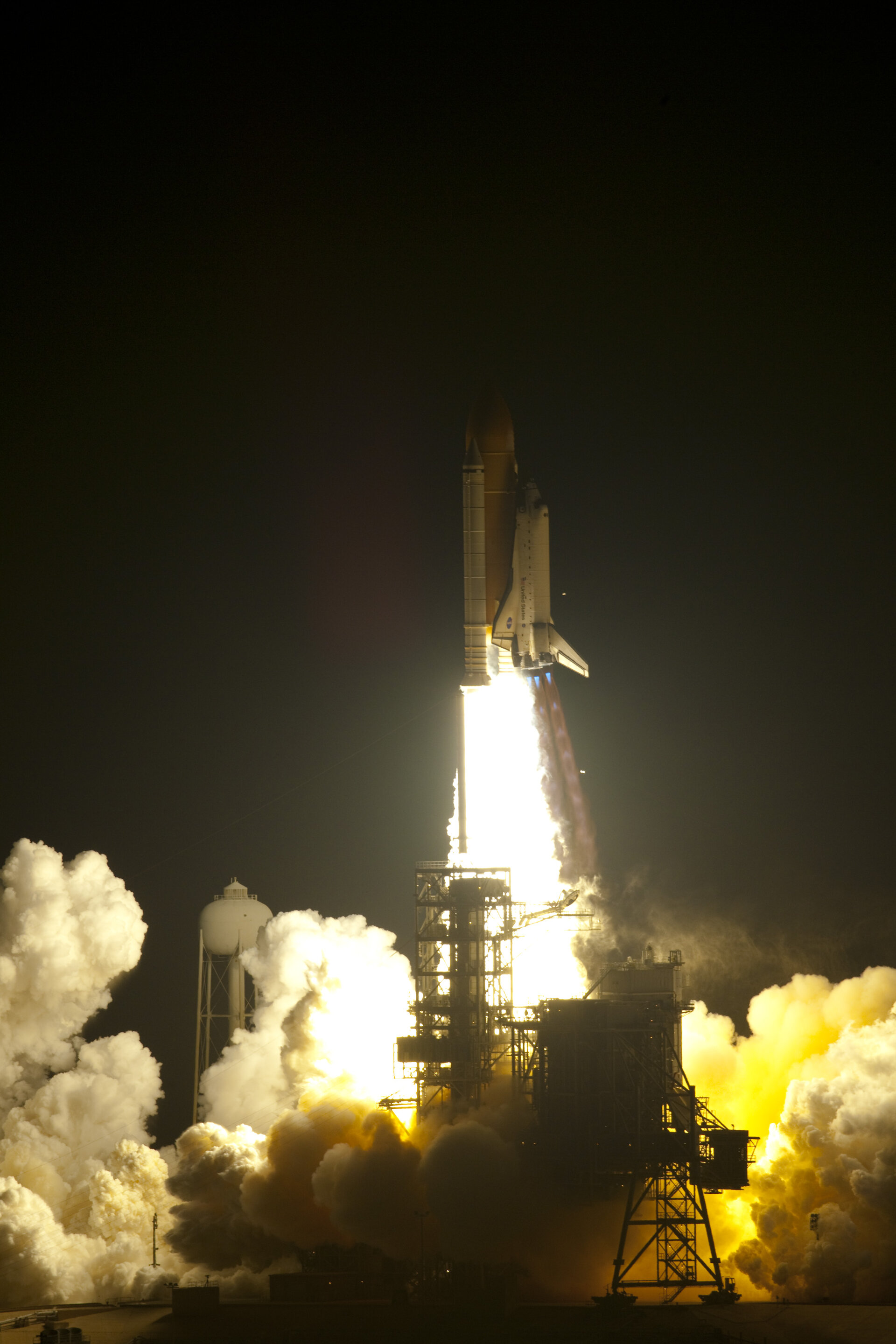 ESA PR 02-2010 Space Shuttle Endeavour was launched at 10:14:08 CET today and is heading for the International Space Station carrying two sophisticated European modules: Node-3 (Tranquility) and Cupola. Their installation will mark the completion of the non-Russian part of the ISS, with more than a third of the pressurised Station elements designed and built in Europe.

Node-3 is part of the Columbus laboratory launch barter agreement with NASA, whereby ESA supplies two of the connecting nodes (Nodes-2 and-3) for the ISS plus additional advanced-technology laboratory equipment and services in return for NASA launching Europe’s Columbus lab to the ISS in February 2008.

Thales Alenia Space Italy developed Node-3 based on the experience acquired by it and the Italian Space Agency ASI in designing and building Node-2 and the Multipurpose Logistics Modules (MPLM), which are used to transport cargo to the ISS. Nodes-2 and -3 were built by European industry led by prime contractor Thales Alenia Space Italy.

Cupola is covered by a separate launch barter agreement in exchange for the launch and return of five ESA payloads by NASA and was also built by European industry, with Thales Alenia Space Italy as prime contractor.

Node-3 will provide more space for equipment and the astronauts. The Cupola observation module, the largest and most complex window assembly ever launched into space, will find its home on the Earth-facing port of Node-3. It will provide a unique vantage point for observing Earth and for instruments devoted to studying atmospheric phenomena affecting climate change.

“I am proud to see European technology at the heart of the largest peaceful international cooperation project ever undertaken. We now have responsibility at least as large as what we have accomplished,” said Simonetta Di Pippo, ESA Director of Human Spaceflight. “Responsibility to continue and enhance utilisation of this unique laboratory for the benefit of humankind and to build on the know-how that we have acquired to support European industry’s competitiveness and Europe’s role in future space exploration undertakings.”

Better regenerative and life-support systems for the ISS

Node-3 differs significantly from the others. It is state-of-the-art, the most complex pressurised element of the ISS, offering many more capabilities than originally planned. It will accommodate sophisticated crew and life-support equipment, some relocated from the US Destiny laboratory module, leaving more room there for science racks.

Node-3 will be the heart of the Station’s life support, removing carbon dioxide, generating oxygen and recycling water. It will house an additional toilet and exercise equipment for the crew of up to six.

Cupola will be used by the crew to operate the Station’s robot arm, monitor dockings of the Automated Transfer Vehicle (ATV) and other incoming craft, help out during spacewalks and make scientific observations. It also has an important function as a panoramic relaxation area: one of the most enjoyable experiences aboard the Station is looking down at Earth or up at the stars.

The ISS set to be operated for 10 more years

With only five Shuttle flights left to complete ISS assembly, this launch is an important milestone, not just for the Station and international cooperation but also for Europe. Node 3 and Cupola mark the end of Europe’s ISS development programme. Indeed, this mission continues the efforts that began more than two years ago, when Node-2 was launched to the ISS as the first ESA-built permanent pressurised element, and continued on 11 February 2008 with the attachment of Europe’s Columbus laboratory.

Since then, Europe has been harvesting scientific results and gaining operational experience thanks to this permanent outpost in space. This experience provides a solid grounding for Europe’s essential role in the future of human spaceflight. With extensive experience in international cooperation, a vibrant scientific community eager to seize these research opportunities and a space industry that has demonstrated its capability to develop and operate state-of-the-art spacecraft, Europe is well prepared to embark on future missions. Europe has also started the development of its new transportation system, allowing for a full mission cycle from launch to landing: the Advanced Re-entry Vehicle.

The next ESA astronaut on the ISS will be Roberto Vittori, as a member of the STS-134 crew targeted for a launch on 29 July. The flight will deliver a major scientific instrument, the Alpha Magnetic Spectrometer, which may help astronomers understand the origin of the universe by searching for antimatter and dark matter and measuring cosmic rays.

After that, ESA astronaut Paolo Nespoli’s six-month mission to the ISS will begin in November 2010. He will serve as flight engineer on Expeditions 26 and 27.