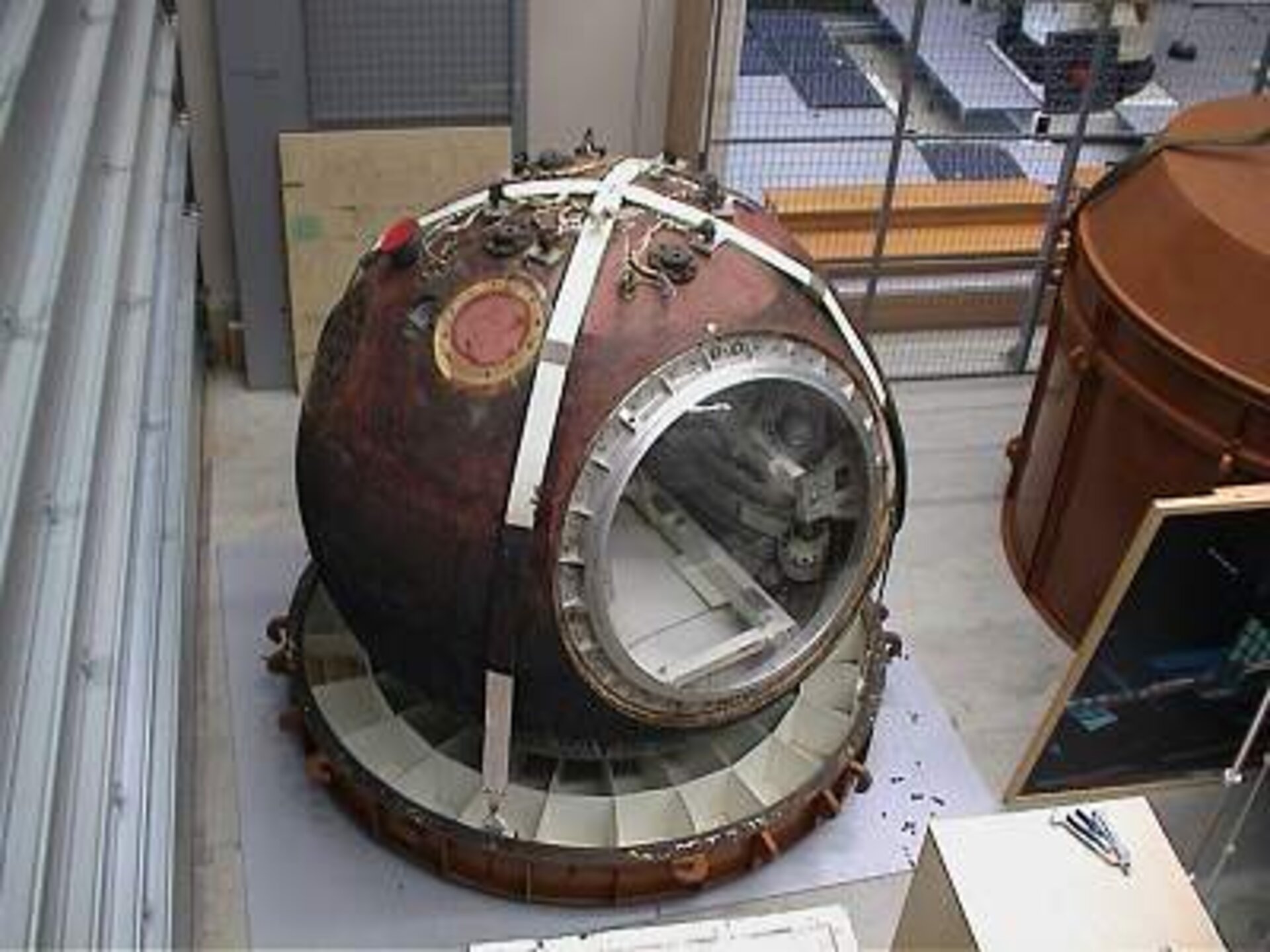 The ISS User Information Centre at ESA's technical facility in Noordwijk (NL) has a new exhibit: a Foton science capsule. Marked by the fires of its 2,500-degree reentry - if you stand close enough, you can still smell the scorched heat-shield - the little Russian spacecraft is the descent module from the Foton-12 mission, launched in September, 1999.

Foton craft have been flying since the mid-1980s, carrying anything up to 650 kg of scientific experiments into an orbit around the Earth that guarantees around two weeks of excellent weightless conditions.

At launch, Foton masses around 6.5 tonnes and consists of three modules: a battery module, a service module, and the descent module, with its scientific payload. The craft is launched by a Soyuz booster from Plesetsk, near Archangel; once its mission is completed, the descent module lands near the Russia-Khazakstan border and its contents are usually available to researchers within a few hours.

ESA has been a Foton partner since 1987: long enough to develop an excellent working relationship between the agency and the Russian manufacturers and launch teams. The Foton programme gives researchers the opportunity for relatively low-cost work in weightlessness with a much longer duration that sounding rockets can offer and a faster turn-around than they could expect with long-term experiments aboard the International Space Station.

ESA Technical Officer Antonio Verga has worked with Foton for years. "It's very good value for money. Foton carries a multi-disciplinary payload - anything from biological experiments to fluid physics and technology testing. Since the spacecraft is unmanned, logistics are greatly simplified and safety concerns are minimized."

Good will and opportunity

Because of the long-standing relationship between ESA and TsSKB Samara, the Russian organization that builds and launches Foton, it is often possible to make late changes to experimental configurations with no more bureaucracy than a few faxes and some good will. And scientists can usually have last-minute access to the packages aboard.

In other words, Foton is about opportunity. That's why Foton-12 is now in the International Space Station User Information Centre at ESTEC. "It's not a museum piece," says Verga. "It's there to show visitors what is possible." Foton-12, its experiments long since removed, is not quite an empty shell. "You can still see some of its major characteristics: the external vacuum venting line, the power supply interface - around 500 Watt is available for experiments - and the parachute compartment, for example."

Foton doesn't rely only on parachutes for its soft landing: there is also a retro-rocket system that ignites as the package nears the ground. Even so, the capsule and its contents have to be robust enough to withstand a brief deceleration of about 40 gravities - roughly equivalent to crashing a car into a brick wall at 20 km/h.

A platform for future ideas

Verga hopes that User Information Centre visitors will look at the Foton capsule and see a platform for their experimental ideas. The next Foton mission - Foton M-1 - is scheduled for October 2002, and will include experiments designed by student groups from York, Edinburgh and Zurich. Foton's scars show where the little capsule has been. Verga and the rest of ESA's Foton team hope that the new exhibit will suggest to visitors where they might be going.