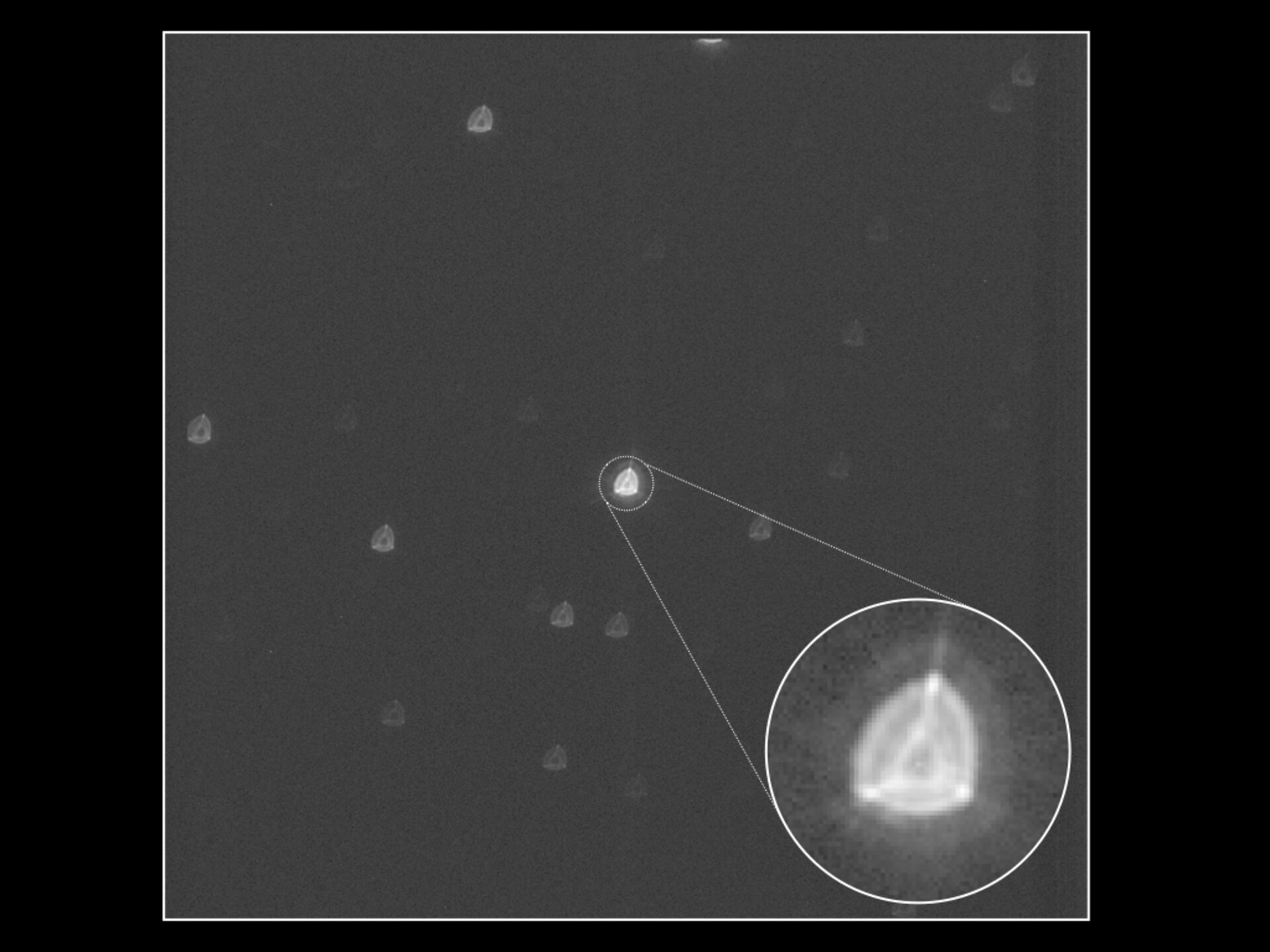 ESA’s exoplanet-observer Cheops acquired the first image of its initial target star, following the successful telescope cover opening on 29 January 2020. The intentionally blurry image is a product of the specially designed telescope optics, which are deliberately defocused to maximise the precision of Cheops’ measurements and enable its unprecedented study of exoplanets, or planets in other solar systems.

The acquisition of this image marks a key milestone in the extensive testing phase of Cheops, the Characterising ExOPlanet Satellite, before it embarks on its mission to study planets around nearby stars.

“This is a defining moment for the mission,” says Nicola Rando, ESA project manager for Cheops.

“To the engineers and scientists across Europe who have worked and continue to work on Cheops, this image represents the culmination of many years of dedication and effort – designing, planning, coordinating and building this new and unique satellite.”

The image features a stellar field centred on HD 70843, a yellow-white star located around 150 light years away. The team responsible for in-orbit commissioning of the satellite selected this star as the telescope’s first target because of its brightness and its location in the sky, which made it ideal for testing purposes.

“The first images that were about to appear on the screen were crucial for us to be able to determine if the telescope's optics had survived the rocket launch in good shape,” explains Willy Benz, Principal Investigator of the Cheops mission consortium from the University of Bern, Switzerland.

“When the first images of a field of stars appeared on the screen, it was immediately clear to everyone that we did indeed have a working telescope.

The Cheops telescope deliberately delivers defocused images of a target star onto the detector – a charge-coupled device, or CCD – in order to distribute the light from each star over many pixels. This makes the measurements of starlight more precise, as they are much less sensitive to small differences in the response of individual pixels in the CCD and to variations in the telescope pointing.

Having a precise measurement of the stars’ brightness and its variation is of critical importance to the scientists striving to learn as much as possible about the planets known to orbit those stars. A planet transiting in front of a star in Cheops’ view causes the star to dim – a barely detectable dip that can reveal key information about the planet’s properties, most importantly its size.

“Now that Cheops has observed its first target, we are one step closer to the start of the mission science,” says Kate Isaak, ESA Cheops project scientist.

“This beautifully blurred image carries the promise of a new, deeper understanding of worlds beyond our Solar System.”

Over coming weeks, teams at the Mission Operations Centre in Torrejón, near Madrid, Spain, together with colleagues from the Universities of Bern and Geneva, Switzerland, will conduct an extensive series of tests on Cheops’ instrument and detector to characterise their in-orbit performance. The same tests will be used to confirm that the scientific data taken by Cheops is processed appropriately.

Launched on 18 December 2019, Cheops is ESA’s first mission dedicated to the study of exoplanets. Rather than search for new planets, the mission will follow up on hundreds of known planets in orbit around bright stars, with sizes smaller than Saturn’s, that have been discovered by other methods.

Cheops will observe individual stars as a planet transits in front of them and blocks a fraction of the starlight, using the dip in the light level to measure the planet’s size with exquisite precision. By combining these very accurate and precise sizes with existing measurements of planet masses, it will be possible to determine the bulk densities of large numbers of planets in the size range between Earth and Neptune, which provide vital clues to the planets’ composition and structure. This first-step characterisation is a critical step towards understanding how these small extrasolar worlds form and evolve.

Routine science operations, during which Cheops will observe many hundreds of exoplanet transits, are foreseen to start at the beginning of April. 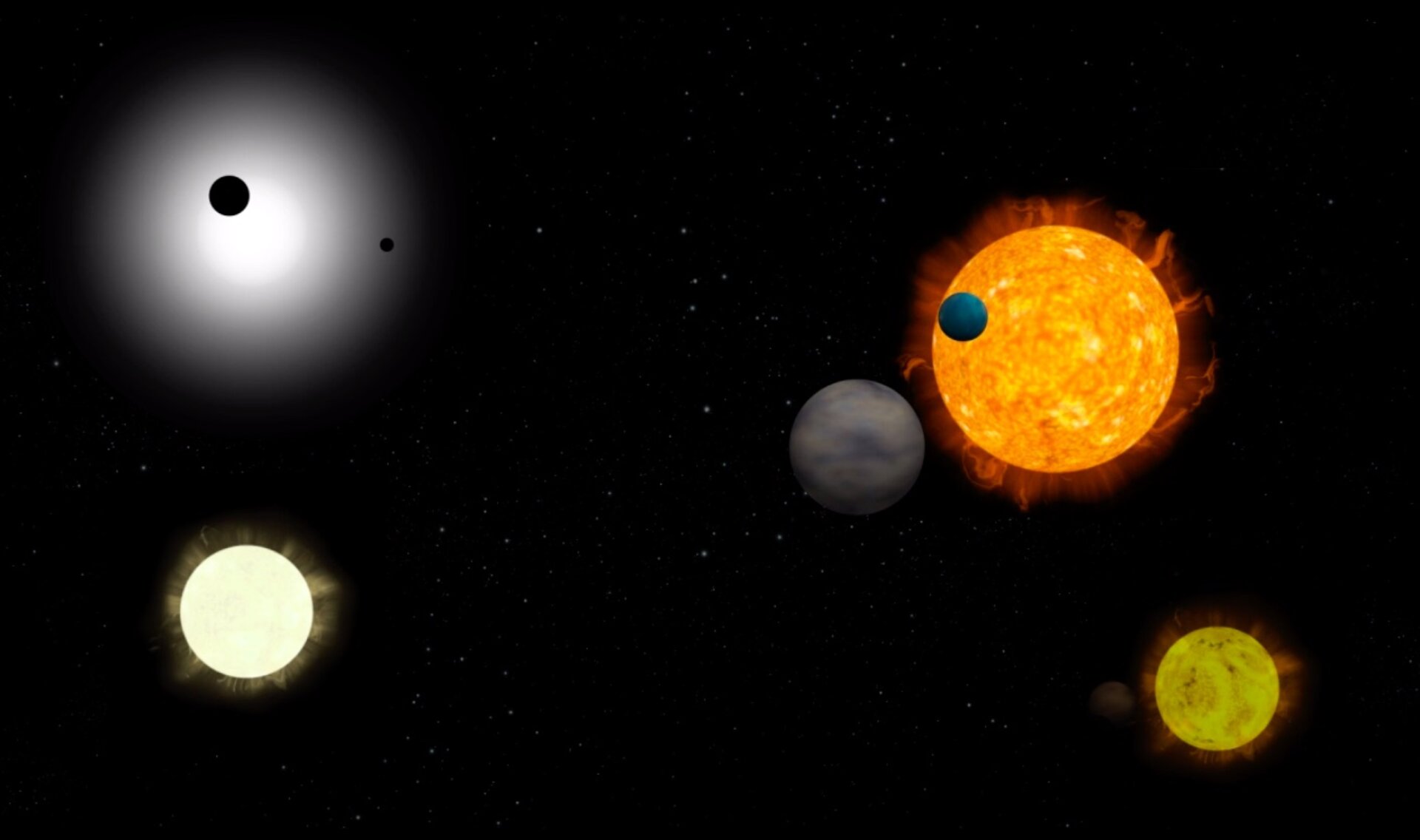