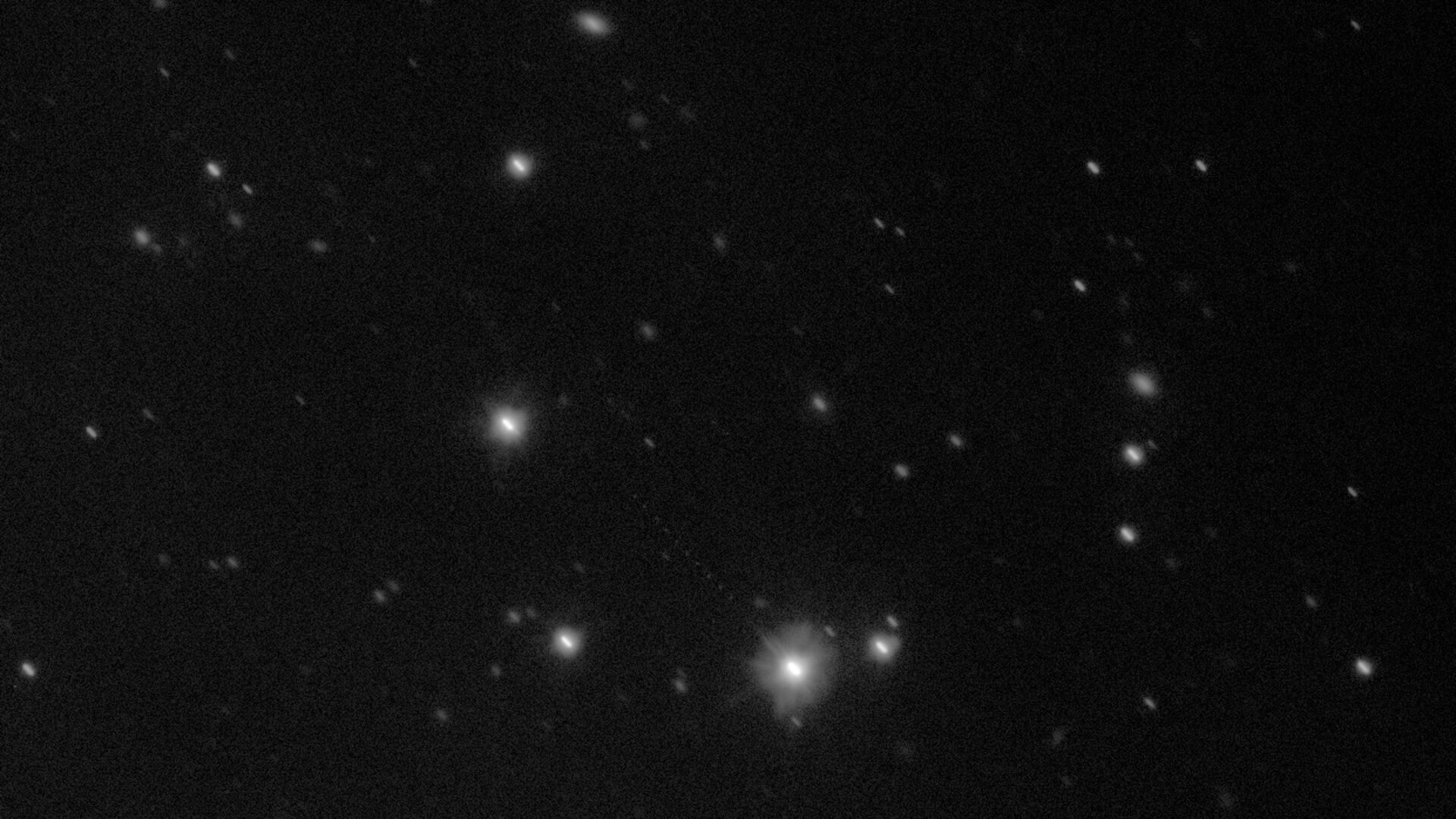 While ESA’s Gaia mission has been surveying more than one billion stars from space, astronomers have been regularly monitoring the satellite’s position in the sky with telescopes across the world, including the European Southern Observatory in Chile, to further refine Gaia’s orbit and ultimately improve the accuracy of its stellar census.

One year ago, the Gaia mission released its much-awaited second set of data, which included high-precision measurements – positions, distance indicators and proper motions – of more than one billion stars in our Milky Way galaxy.

The catalogue, based on less than two years of observations and almost four years of data processing and analysis by a collaboration of about 450 scientists and software engineers, has enabled transformational studies in many fields of astronomy, generating more than 1000 scientific publications in the past twelve months.

Meanwhile in space, Gaia keeps scanning the sky and gathering data that is being crunched for future releases to achieve even higher precision on the position and motion of stars and enable ever deeper and more detailed studies into our place in the cosmos. But to reach the accuracy expected for Gaia’s final catalogue, it is crucial to pinpoint the position and motion of the satellite from Earth. 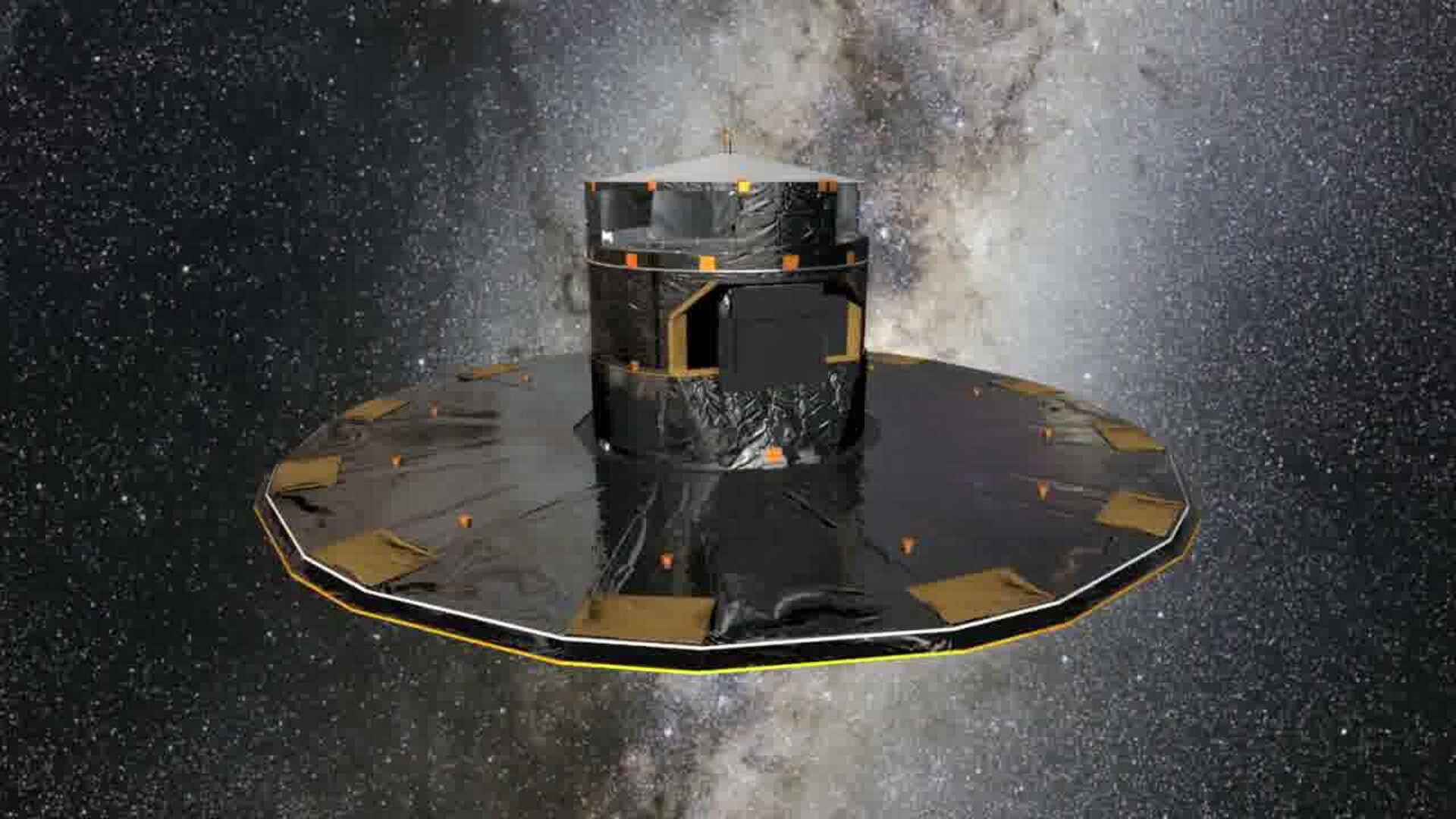 To this aim, the flight dynamics experts at ESA’s operations centre make use of a combination of techniques, from traditional radio tracking and ranging to simultaneous observing using two radio antennas – the so-called delta-DOR method.

In a unique and novel approach for ESA, the ground-based tracking of Gaia also includes optical observations provided by a network of medium-size telescopes across the planet.

The European Southern Observatory’s (ESO) 2.6-metre VLT Survey Telescope (VST) in Chile records Gaia’s position in the sky for about 180 nights every year.

“This is an exciting ground-space collaboration, using one of ESO’s world-class telescopes to anchor the trailblazing observations of ESA’s billion star surveyor,” says Timo Prusti, Gaia project scientist at ESA.

“The VST is the perfect tool for picking out the motion of Gaia,” adds Ferdinando Patat, head of the ESO’s Observing Programmes Office. “Using one of ESO’s first-rate ground-based facilities to bolster cutting-edge space observations is a fine example of scientific cooperation.”

In addition, the two-metre Liverpool telescope located on La Palma, Canary Islands, Spain, and the Las Cumbres Optical Global Telescope Network, which operates two-metre telescopes in Australia and the US, have also been observing Gaia over the past five years as part of the Ground Based Optical Tracking (GBOT) campaign.

“Gaia observations require a special observing procedure,” explains Monika Petr-Gotzens, who has coordinated the execution of ESO’s observations of Gaia since 2013. “The spacecraft is what we call a ‘moving target’, as it is moving quickly relative to background stars – tracking Gaia is quite the challenge!”

In these images Gaia is a mere dot of light among the many stars that the satellite itself has been measuring, so painstaking calibration is needed to transform this body of observations into meaningful data that can be included in the determination of the satellite’s orbit.

This required using data from Gaia’s second release to identify the stars in each of the images collected over the past five years and calculate the satellite’s position in the sky with a precision of 20 milliarcseconds or better (one arcsecond is equivalent to the size of a Euro coin seen from a distance of about four kilometres).


The ground-based observations also provide key information to improve the determination of Gaia’s velocity through space, which must be known to the precision of a few millimetres per second. This is necessary to correct for a phenomenon known as aberration of light – an apparent distortion in the direction of incoming light due to the relative motion between the source and an observer – in a way similar to tilting one’s umbrella while walking through the rain.

“After careful and lengthy data processing, we have now achieved the accuracy required for the ground-based observations of Gaia to be implemented as part of the orbit determination,” says Martin Altmann, lead of the GBOT campaign from the Astronomisches Rechen-Institut, Centre for Astronomy of Heidelberg University, Germany, who works in close collaboration with colleagues from the Paris Observatory in France.

The GBOT information will be used to improve our knowledge of Gaia’s orbit not only in observations to come, but also for all the data that have been gathered from Earth in the previous years, leading to improvements in the data products that will be included in future releases.

ESA’s Gaia satellite was launched in 2013 to create the most precise three-dimensional map of one billion of the stars within the Milky Way. The mission has released two lots of data so far: Gaia Data Release 1 on 14 September 2016, and Gaia Data Release 2 on 25 April 2018 (the latter of which was used in this study). More releases will follow in coming years.

On 20 August 2015, the ESA and ESO Directors General signed a cooperation agreement between the two organisations.

In order to foster exchanges between astrophysics-related spaceborne missions and ground-based facilities, as well as between their respective communities, ESA and ESO are joining forces to organise a series of international astronomy meetings.

The first ESA-ESO joint workshop, with a focus on multi-messenger astronomy, will take place in November 2019 at ESO’s headquarters in Garching, Germany, and a call for proposals for the second workshop, to take place in 2020 at ESA’s astronomy centre near Madrid, Spain, is currently open.