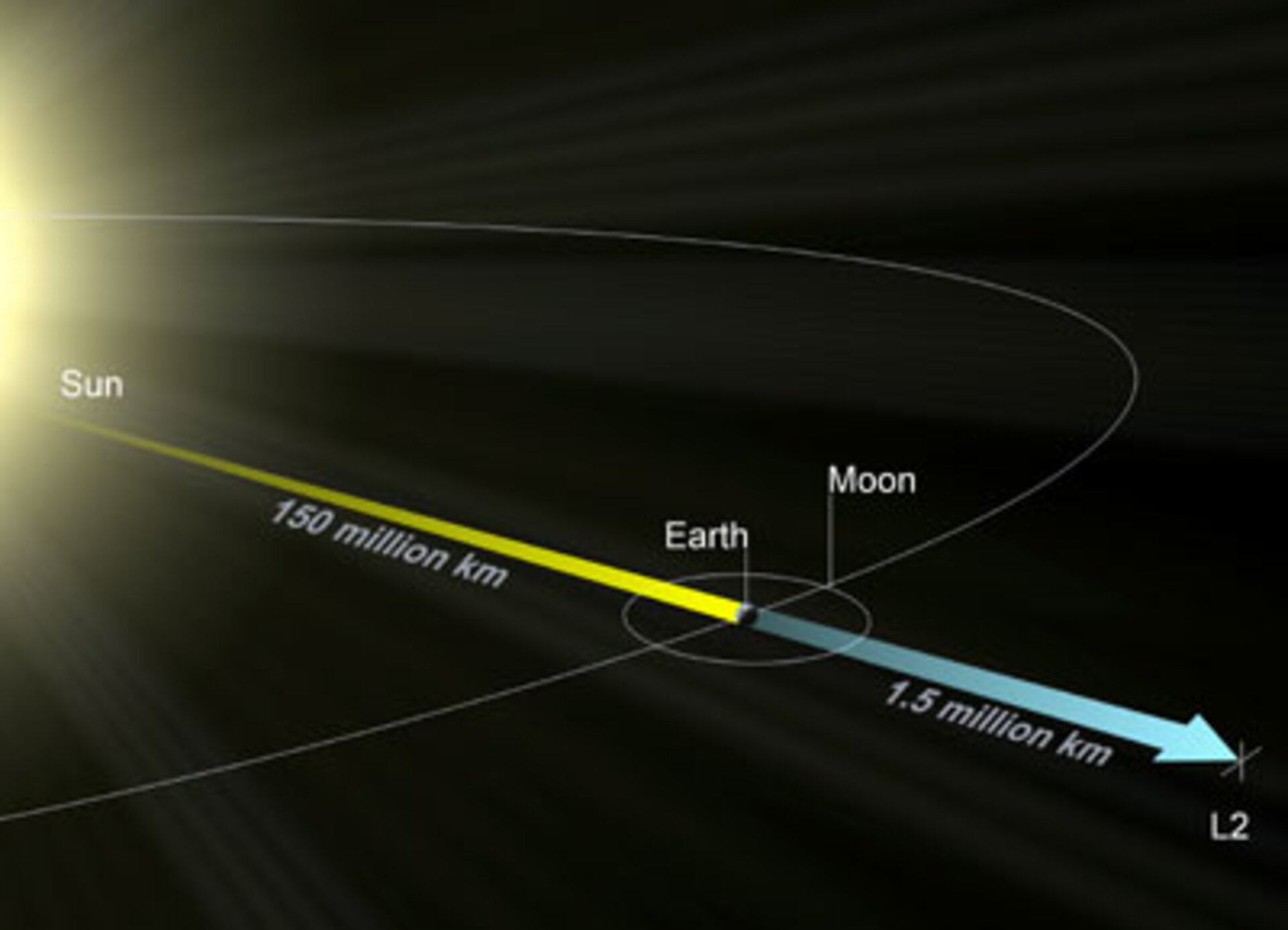 The L2 point is rapidly establishing itself as a pre-eminent location for advanced spaceprobes and ESA has a number of missions that will make use of this orbital 'sweet-spot' in the coming years. L2 will become home to ESA missions such as Herschel, Planck, Eddington, Gaia, the James Webb Space Telescope and Darwin.

L2 is one of the so-called Lagrangian points, discovered by mathematician Joseph Louis Lagrange. Lagrangian points are locations in space where gravitational forces and the orbital motion of a body balance each other. Therefore, they can be used by spacecraft to 'hover'. L2 is located 1.5 million kilometres directly 'behind' the Earth as viewed from the Sun. It is about four times further away from the Earth than the Moon ever gets and orbits the Sun at the same rate as the Earth.

It is a great place from which to observe the larger Universe. A spacecraft would not have to make constant orbits of the Earth, which result in it passing in and out of the Earth's shadow and causing it to heat up and cool down, distorting its view. Free from this restriction and far away from the heat radiated by Earth, L2 provides a much more stable viewpoint.

Since Lagrangian points are produced by the 'balance' of two or more opposing forces, it is possible that 'artificial' Lagrangian points could be created by spacecraft if they could constantly produce a force to counteract the pull of gravity. Giant reflective sails, known as solar sails, could do this by using the Sun's light to push. They would allow spacecraft to 'hover' almost anywhere they wanted in space, rather than being forced to move constantly through an orbit.

Lagrange was born in Turin in 1736. He moved to Paris in 1787, where he remained, until his death in 1813. During his life, his greatest contribution to mathematical astronomy was his theoretical investigation of the way in which gravitational forces act on a small mass when placed in the vicinity of two larger ones. He discovered that there are 5 points, dotted around the two larger masses, in which all the forces acting on the small one would cancel out. These have become known as Lagrangian points and are labelled L1 to L5.