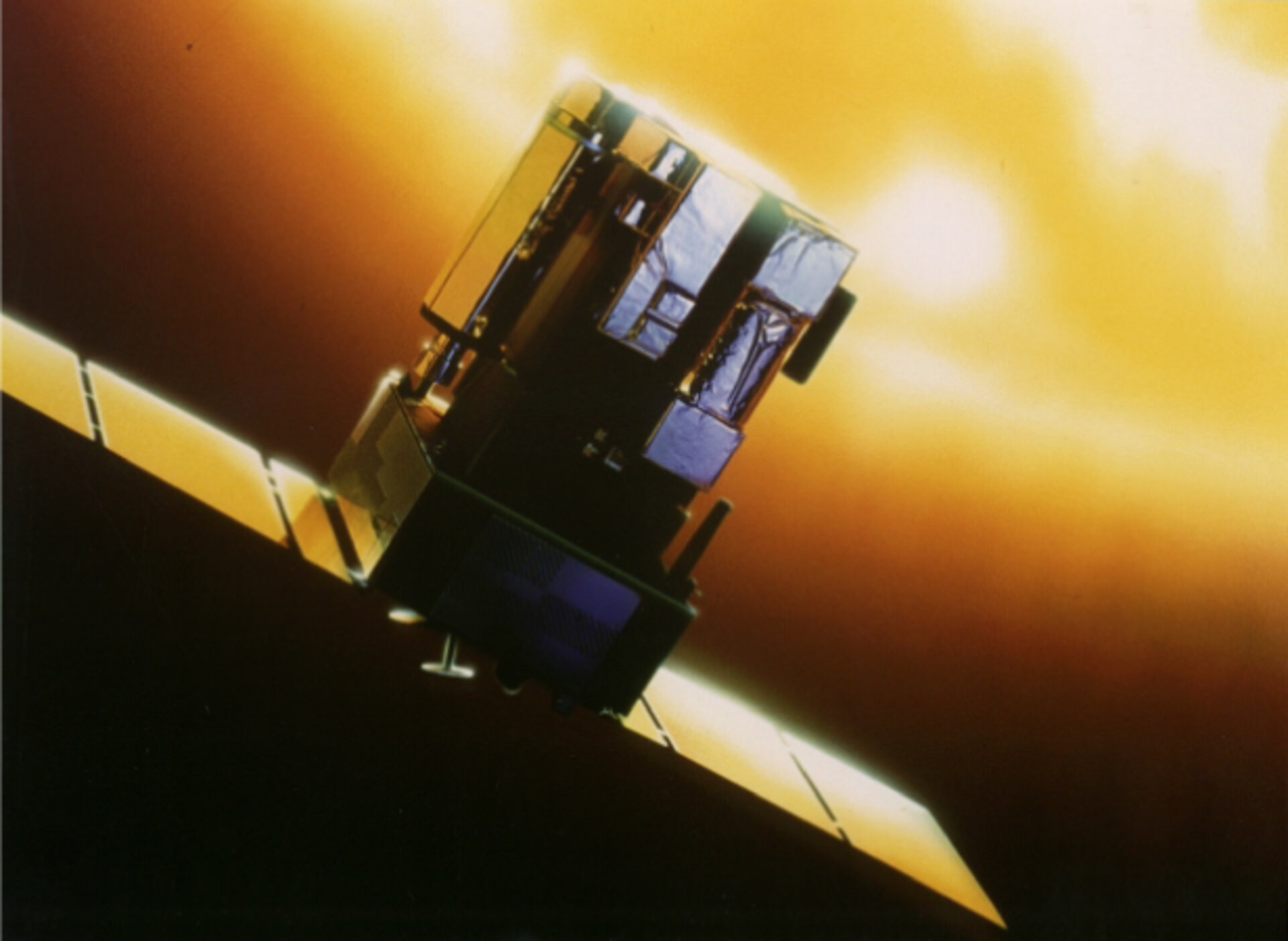 The L1 point is perhaps the most immediately significant of the Lagrangian points, which were discovered by mathematician Joseph Louis Lagrange. It lies 1.5 million kilometres inside the Earth’s orbit, partway between the Sun and the Earth. Lagrangian points are where all the gravitational forces acting between two objects cancel each other out and therefore can be used by spacecraft to ‘hover’.

The ESA/NASA solar watchdog spacecraft, the Solar and Heliospheric Observatory (SOHO), remains at the L1 point, orbiting the Sun at the same rate as the Earth. From this position, SOHO constantly monitors the Sun and, as well as conducting scientific studies, SOHO is also an early warning spacecraft. It can report violent solar storms that could damage communications and navigation satellites in orbit around our planet.

In the further reaches of space, an L1 point is particularly important in the evolution of binary star systems. Whenever there are two stars in orbit around each other, matter can flow from one to the other through the L1 point. Some of the most violent events in the Universe, such as a particular type of exploding star known as a type I supernova, are caused by this kind of matter transfer. In the case of a type I supernova, matter from a giant star funnels through the L1 point between it and a compact white dwarf star, until so much matter builds up on the smaller star that a catastrophic explosion takes place and rips the smaller star to pieces.

Lagrange was born in Turin in 1736. He moved to Paris in 1787, where he remained, until his death in 1813. During his life, his greatest contribution to mathematical astronomy was his theoretical investigation of the way in which gravitational forces act on a small mass when placed in the vicinity of two larger ones. He discovered that there are five points, dotted around the two larger masses, in which all the forces acting on the small one would cancel out. These have become known as Lagrangian points and are labelled L1 to L5.