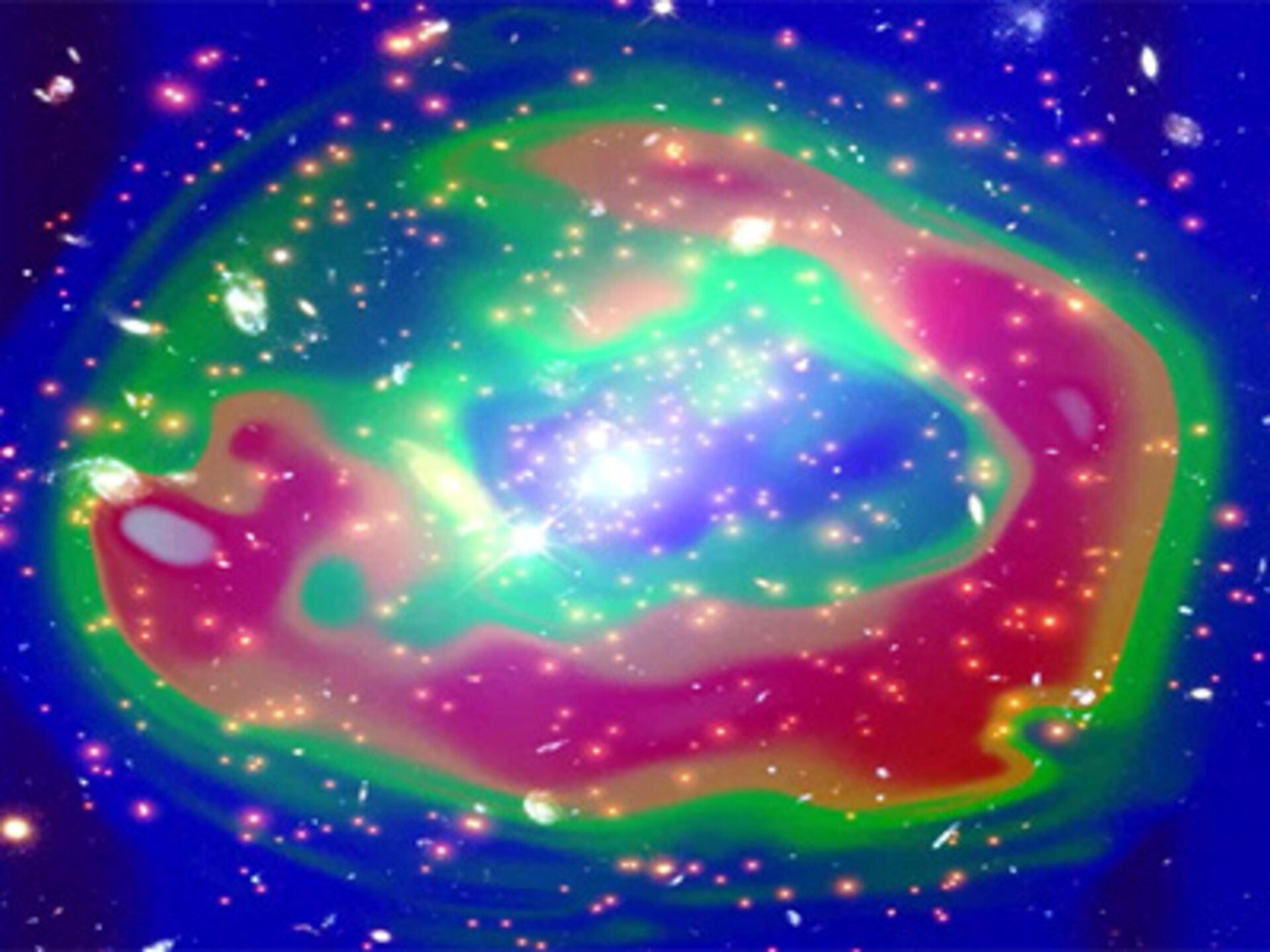 ESA’s orbiting gamma-ray observatory, Integral, has made the first unambiguous discovery of highly energetic X-rays coming from a galaxy cluster. The find has shown the cluster to be a giant particle accelerator.

The Ophiuchus galaxy cluster is one of brightest in the sky at X-ray wavelengths. The X-rays detected are too energetic to originate from quiescent hot gas inside the cluster and suggest instead that giant shockwaves must be rippling through the gas. This has turned the galaxy cluster into a giant particle accelerator.

Most of the X-rays come from hot gas in the cluster, which in the case of Ophiuchus is extremely hot, at 100 million degrees Kelvin. Four years ago, data from the Italian/ Dutch BeppoSAX satellite showed a possible extra component of high-energy X-rays in a different cluster, the Coma cluster.

“Two groups analysed the data. One group saw the component but the other did not,” says Dominique Eckert, Integral Science Data Centre (ISDC), University of Geneva, Switzerland. So Eckert and colleagues from ISDC launched an investigation into the mystery.

They turned to Integral and its five-year, all-sky survey and found that ESA’s orbiting gamma-ray observatory did show an unambiguous detection of highly energetic X-rays, coming from the Ophiuchus cluster of galaxies. These X-rays can be produced in two ways, both of which involve high-energy electrons.

The electrons would be extremely energetic, carrying over 100 000 times the energy of the electrons in the alternative scenario, which is that the electrons are perhaps colliding with microwaves left over from the origin of the Universe and now bathe all of space. In such collisions, the electrons lose some energy, emitted as X-rays.

Determining which of these scenarios is correct is the next job for the team. They plan to use radio telescopes to measure the magnetic field of the galaxy cluster. They also plan to use the High Energy Stereoscopic System (HESS) in Namibia. This giant telescope looks for the brief flash of light generated when highly energetic gamma rays collide with particles in Earth’s atmosphere. If HESS sees such flashes coming from Ophiuchus, then the astronomers will know that the synchrotron scenario is correct.

Either way, the electrons themselves are most likely to be accelerated to high energies by shockwaves travelling through the cluster gas. The shockwaves are set up when two clusters collide and merge. The question is how recently Ophiuchus swallowed its companion cluster.

In the synchrotron scenario, the highly energetic electrons cool very quickly. If the team find this to be the case, then the collision must still be in progress. In the case of microwave scattering, cooling takes a long time and the collision could have taken place at any time in the past.

Once the scientists know, they will be able to properly understand the history of the cluster. One thing is already certain; nature has transformed the galaxy cluster into a powerful particle accelerator, perhaps 20 times more powerful than CERN’s Large Hadron Collider (LHC), which begins operation in Switzerland this summer.

“Of course the Ophiuchus cluster is somewhat bigger,” says Stéphane Paltani, a member of the ISDC team. While LHC is 27 km across, the Ophiuchus galaxy cluster is over two million light-years in diameter.”

'Integral discovery of non-thermal hard X-ray emission from the Ophiuchus cluster' by D. Eckert, N. Produit, S. Paltani, A. Neronov and T. Courvoisier is to be published in a forthcoming issue of Astronomy and Astrophysics.