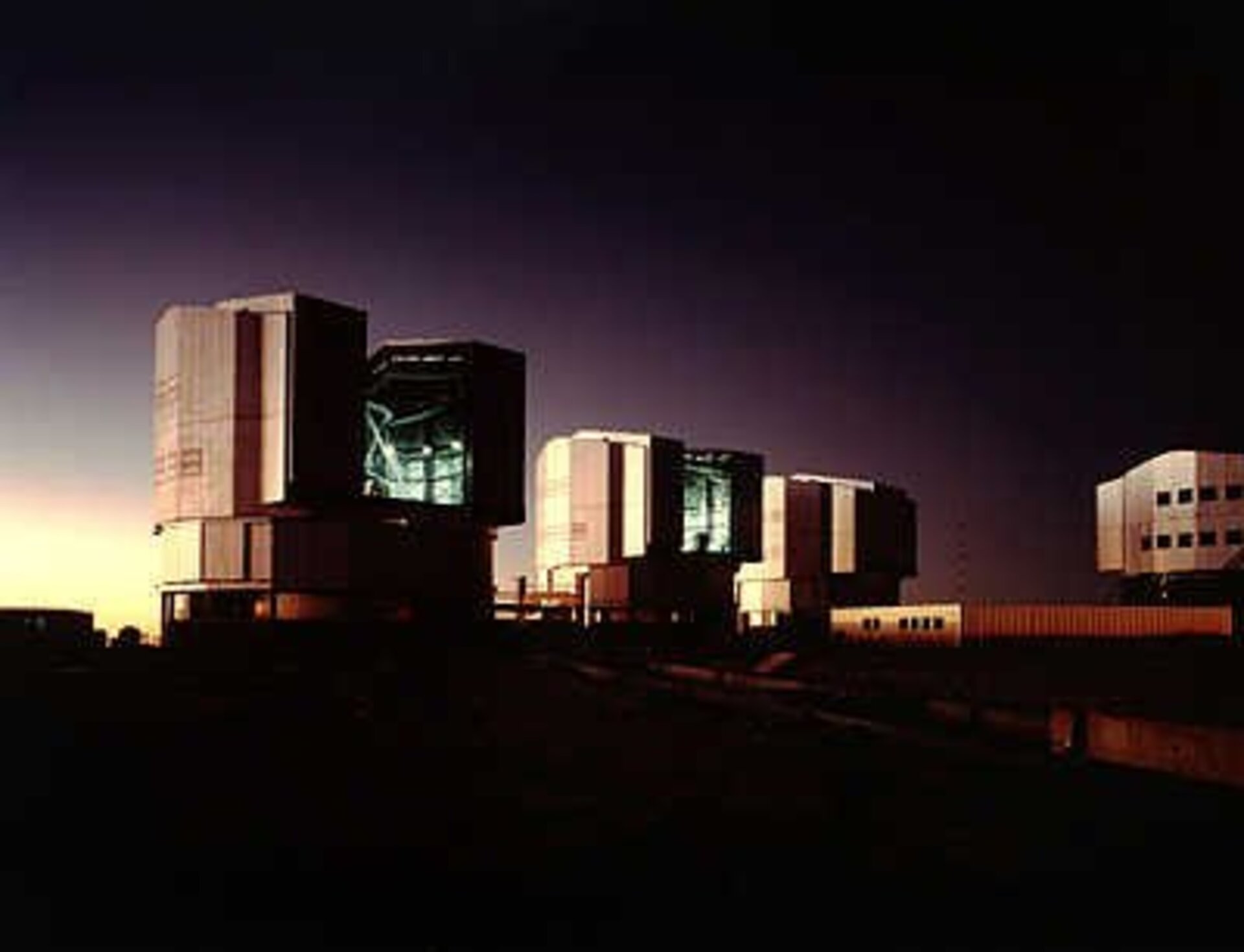 A 'virtual observatory' (VO) is a system that allows astronomers to interrogate many centres holding astrophysical data.

The breathtaking capabilities and ultra-high efficiency of new ground- and space-based observatories have led to enormous amounts of data being produced.

This 'explosion' of data called for more innovative ways to process and exploit them.

For example, a team of researchers may combine information in multiple wavelengths from the NASA/ESA Hubble Space Telescope, ESO’s Very Large Telescope and NASA's Chandra satellite. Many observed sources are so faint that it is currently not possible to take spectra of them to better understand their properties.

However VO techniques make it possible for researchers to work seamlessly with images and catalogues from many different sources and objects are pinpointed efficiently by using easily accessible multiwavelength information.

The VO initiative is a global collaboration of the world’s astronomical communities under the auspices of the International Virtual Observatory Alliance (IVOA).

The Astrophysical Virtual Observatory (AVO) project is concluding a research and demonstration programme on the scientific requirements and technologies necessary to build a VO for European astronomy.

The AVO has six European organisations participating in a three-year programme.

The partner organisations are ESO in Munich, ESA, AstroGrid, which is funded by PPARC as part of the United Kingdom’s E-Science programme, the CNRS-supported Centre de Données astronomiques de Strasbourg (CDS) at the University Louis Pasteur in Strasbourg, the TERAPIX Astronomical Data Centre at the Institut d’Astrophysique in Paris and the Jodrell Bank Observatory in Manchester.

A newly developed VO demonstrator system was produced to meet the demands of the European astronomical community, and recently produced some amazing results, namely finding 30 supermassive black holes that had previously escaped detection behind masking dust clouds. Excitingly, this demonstration science is showing how this publicly available system can boost European astronomy.

The AVO part of the work will end October 31 2005. The project will then move towards the EURO-VO, that is the full-fledged four-year European VO programme.