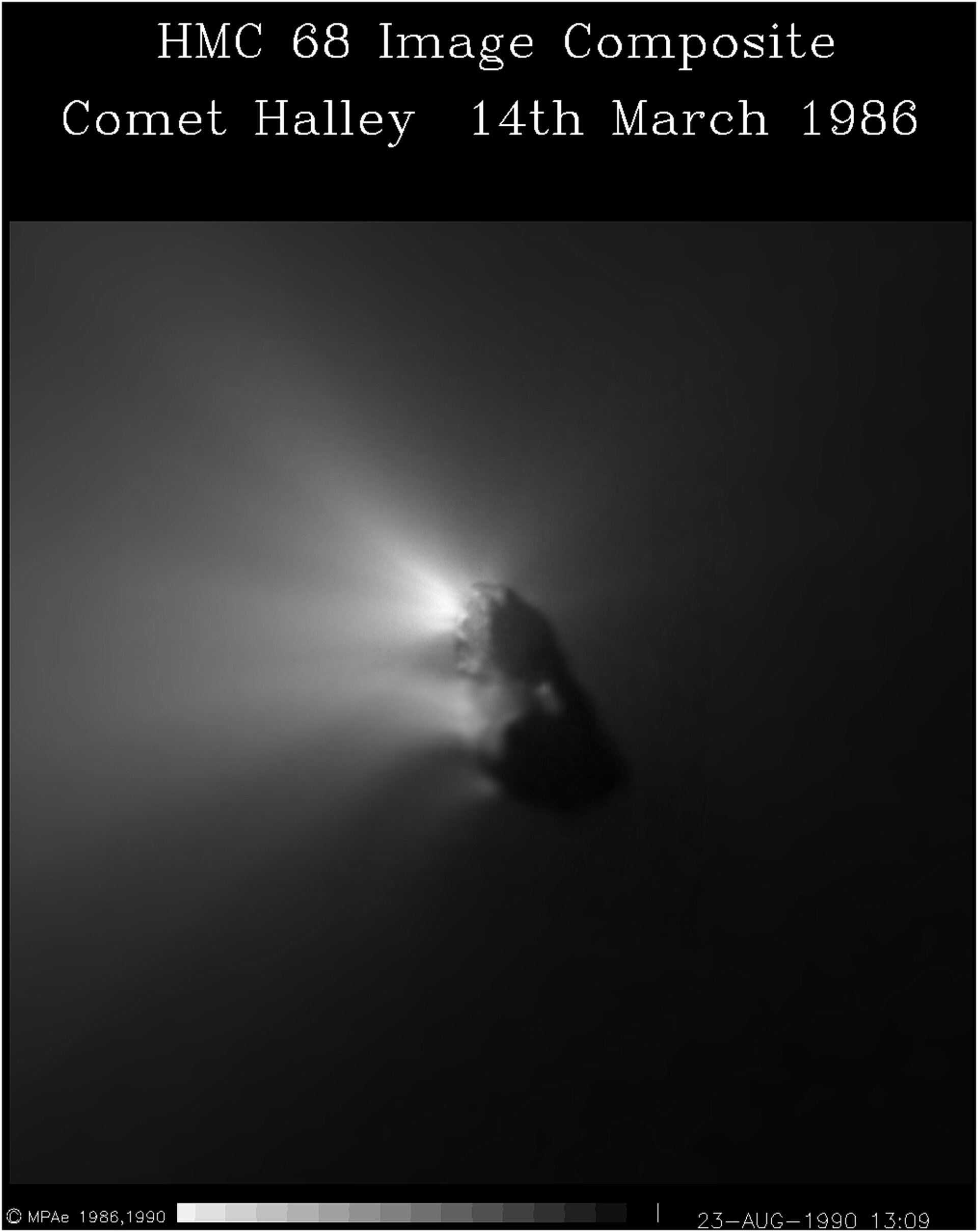 Comet Halley, the originator of the Orionids meteor shower that lit up our skies last month – as they do every October – is seen here up close by ESA’s Giotto probe as it flew past the famous comet on 13–14 March 1986.

Giotto was ESA’s first deep-space mission. It swept within 600 km of Halley, obtaining the first close-up images of a comet.

Comets are considered to be the primitive building blocks of the Solar System and likely helped to ‘seed’ Earth with water.

This milestone mission showed for the first time the nucleus of a comet and revealed jets of gas and dust streaming out into space.

The flyby also revealed the first evidence of organic material in a comet, boosting the idea that comets might have delivered some of the building blocks needed for life on Earth.

Comet Halley is visible to observers on Earth every 75–76 years and will not return to the inner Solar System until 2061. Its presence makes itself known every year, however, in the form of the Orionids meteor shower.

As the icy comet is warmed by the Sun, parts of it transform directly into a gas, dragging its dusty component along, which streams out in a long tail. These fragments continue along the trajectory of the comet, which Earth crosses on its yearly trip around the Sun.

Although only tiny grains of cometary debris, these fragments produce spectacular trails as they burn up in Earth’s atmosphere as ‘shooting stars’.

The Orionids are so-called because meteors appear to originate close to the constellation of Orion. Halley’s comet is also thought to be responsible for the Eta Aquariids meteor shower, which occurs every year in May.

After visiting Comet Halley, Giotto went on to make a flyby of Comet 26P/Grigg-Skjellerup in July 1992.

Meanwhile, ESA’s new Rosetta comet-chasing spacecraft is en route to rendezvous with Comet 67P/Churyumov-Gerasimenko in 2014, where it will make the most detailed study of a comet ever attempted as it follows it on its journey around the Sun.

The mission will also be the first to land on a nucleus to ‘taste’ the surface ingredients, providing key details about the role of comets in the evolution of the Solar System.