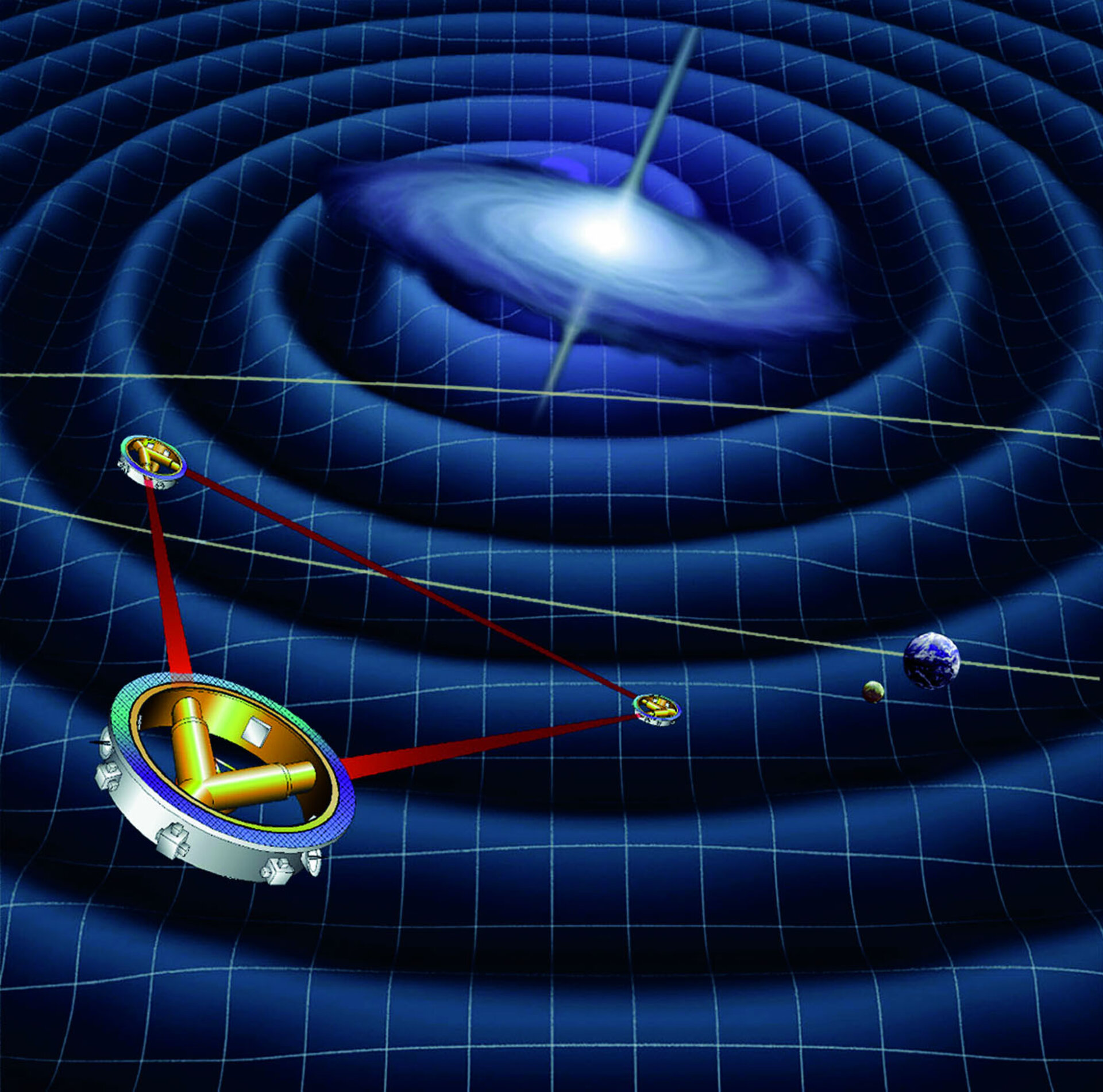 The collision of distant black holes generates gravitational waves, or ripples in 'space-time'. Space-time can be thought of as a 'fabric' in which the objects of the Universe are embedded.

Those objects - stars, planets, black holes - make space-time curve in upon itself, just as an elastic fabric holding a ball would do. The more massive the object, the deeper the curve - the same as in a fabric!

This is, at least, what Albert Einstein wrote more than eight decades ago. Many of the predictions derived from his theory have been proven already, but not all. For example, Einstein predicted that if two very massive bodies moved, they would cause 'ripples' in the space-time continuum; moreover, those ripples would propagate at the speed of light, alternately stretching and squeezing space.

These waves, called gravitational waves, have never been physically detected. The technology to do it has simply not been available, until now.

ESA's mission LISA, scheduled for launch in 2012, aims to detect gravitational waves. It will be a new way to 'sense' the Universe. By perceiving the movement of very massive objects within a radius of thousands of millions of light-years, we will be able to detect some of the most amazing events in the Universe, such as the collision of two distant black holes.

LISA Pathfinder, due for launch in 2007, will demonstrate the technology needed for LISA, one of ESA's future missions.