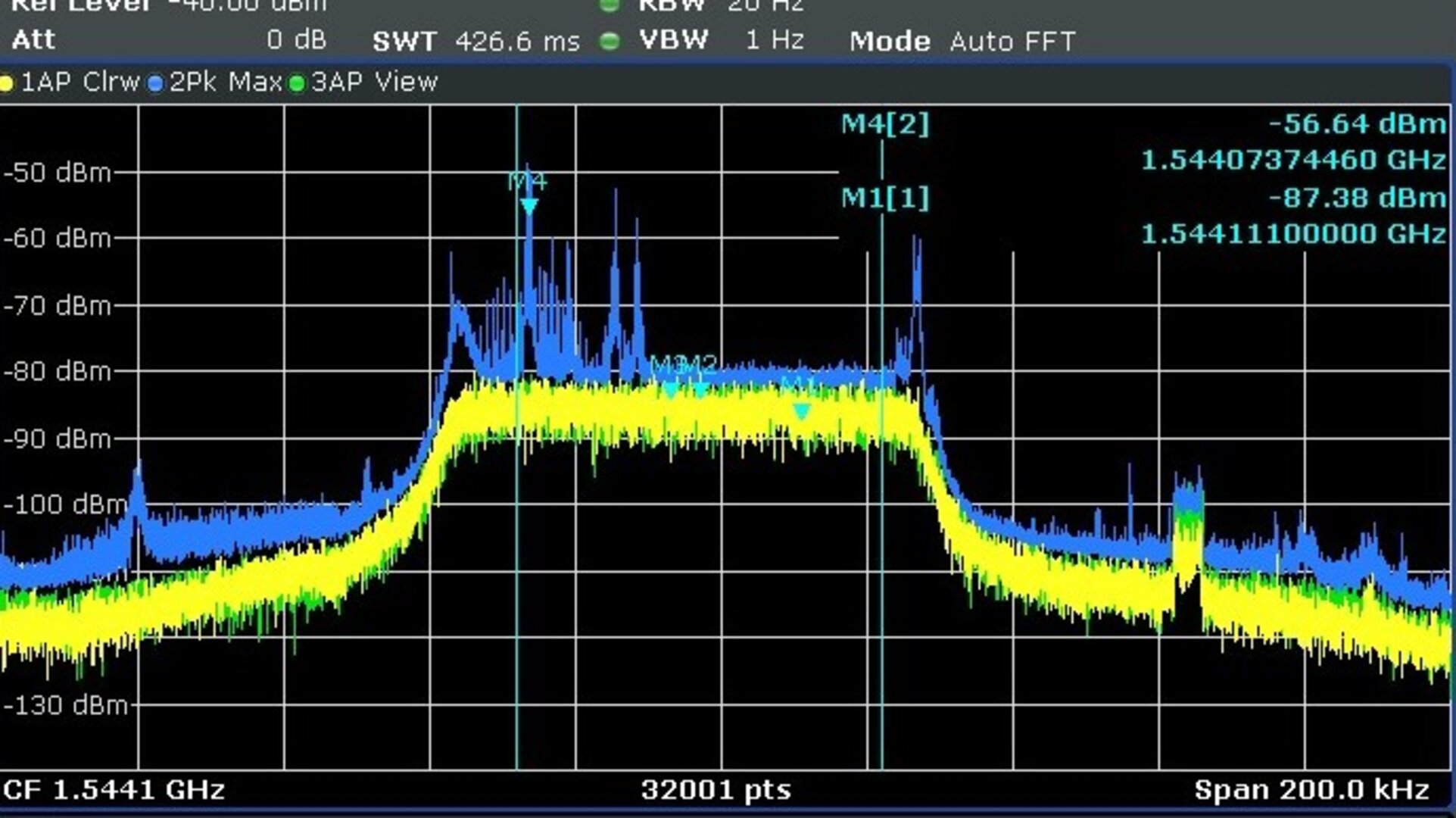 The first switch-on of a Galileo search and rescue package shows it to be working well. Its activation begins a major expansion of the space-based Cospas–Sarsat network, which brings help to air and sea vessels in distress.

The second pair of Europe’s Galileo navigation satellites – launched together on 12 October last year – are the first of the constellation to host SAR search and rescue repeaters. These can pick up UHF signals from emergency beacons aboard ships and aircraft or carried by individuals, then pass them on to local authorities for rescue.

Once the satellites reached their 23 222 km-altitude orbits, a rigorous test campaign began. The turn of the SAR repeater aboard the third Galileo satellite came on 17 January.

“At this stage, our main objective is to check the repeater has not been damaged by launch,” explains ESA’s Galileo SAR engineer Igor Stojkovic.

“The first day was a matter of turning the repeater on and checking its temperature and power profiles were as predicted.

“The following day involved sending a signal to the repeater using the UHF antenna at ESA’s Redu Centre in Belgium, then picking up the reply from our L-band antenna.”

Redu’s antenna is 20 m in diameter, so the shape of the relayed signal was captured in great detail, out of all proportion to surrounding noise.

“We can precisely measure its power, the time the relay took and so on,” adds Igor.

This international system has been taking the search out of search and rescue for more than three decades, saving some 31 000 lives along the way.

Cospas is a Russian acronym for ‘Space System for the Search of Vessels in Distress’, with Sarsat standing for ‘Search and Rescue Satellite-Aided Tracking’. Ground stations – known as Local User Terminals – pinpoint the source of distress calls using signals relayed by participating satellites, then alert local authorities.

Founded by Canada, France, Russia and the US, Cospas–Sarsat now has 43 participating countries and organisations. It began with payloads on low-orbiting satellites, whose rapid orbital motion allowed Doppler ranging of distress signals, to pinpoint their source. Their drawback is their field of view is comparatively small.

The system added payloads on geostationary satellites, which continuously see a third of the globe, but because they do not move relative to the ground they cannot locate signals directly.

The SAR repeaters on these two Galileo satellites are the first of a new class of ‘MEOSAR’ repeaters, combining broad field of views with the ability to quickly determine positions.

Galileo’s satellites are also the first with the capability to despatch return link messages via their navigation signals, assuring those in distress that help is on the way.

An additional advantage of this new MEOSAR system is that less ground infrastructure is required – just three to four terminals are sufficient to serve all European territory.

This initial SAR unit's transponder was built by Mier Comunicaciones in Spain, with its combined receiving and transmitting antenna developed by Spain’s Rymsa company.

The SAR payload of the fourth Galileo satellite is due to be switched on for testing in the coming weeks.

More detailed end-to-end testing of the repeaters will follow in the spring, using a dedicated system called the Galileo Search and Rescue Validation Test Bench based at France’s Cospas–Sarsat control centre in Toulouse.

The unit can simulate multiple beacon messages for the system to find their location and relay them accordingly.

Further SAR payloads will follow these first two into orbit with the launches of follow-on Galileo Final Operational Capability satellites.