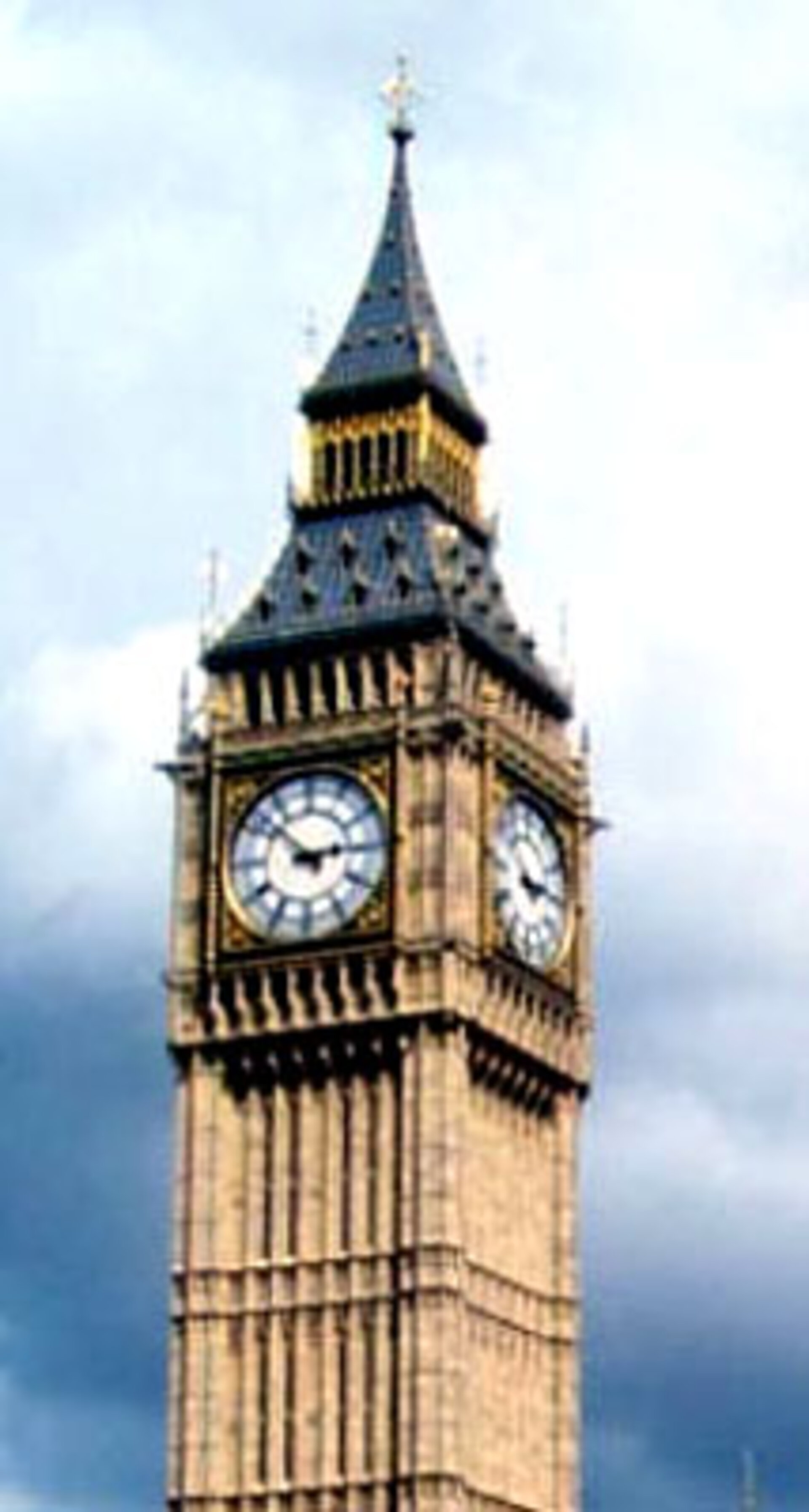 If you want to know precisely where you are, get an accurate clock. This was true in the seventeenth century, when sailors struggled to find a way of measuring longitude at sea. And it's equally true now, even though satellites have taken over from sextants, the Sun and fixed stars as the navigation aids of choice.

Seventeenth century navigators could tell local time from the position of the Sun, but to determine their longitude, they needed also to know the time at a fixed reference point, i.e. Greenwich, the location of the prime meridian. This is because local time moves forward or backward by one hour for every 15 degrees longitude one travels. The clocks available at the time were notoriously inaccurate at sea and the problem was solved only when John Harrison, a joiner from England, built a seaworthy clock that kept time to within about 1 second per day, equivalent to a positioning accuracy of about 500 metres. His clocks, which took him all his life to build, can still be seen at the Royal Observatory, Greenwich.

The clocks that will mark time for the next generation of navigation satellites will look very different from Harrison's elegant timepieces. Based on atomic frequency standards, they are under development for Europe's Galileo satellite navigation system at the Observatoire de Neuchatel and Temex Neuchatel Time, both located in the centre of the Swiss clock industry. These clocks are being designed to a standard that seventeenth century sailors would find impossible to comprehend. They will keep time to within a few hundred millionths of a second per day.

Why, you may ask, would anyone want to keep time so closely? The answer has to do with the speed of light. Nowadays, you can determine your position on the Earth's surface by measuring the time taken for a signal broadcast by a navigation satellite to reach you. As signals travel at the speed of light, this means measuring tiny fractions of a second very accurately. And to do that, you need to know precisely when the signal left the satellite and precisely when it arrived at your receiver. "In navigation, clocks are the driving factor for determining positions accurately. With an accuracy of better than one billionth of a second in one hour, the clocks on the Galileo satellites will allow you to resolve your position anywhere on the Earth's surface to within 45 cm," says Franco Emma, the clock expert and navigation engineer at ESTEC, ESA's technical centre in the Netherlands.

Each of the 30 satellites in the Galileo system will have two clocks on board; one based on the rubidium atomic frequency standard and the other using a passive hydrogen maser. Both clocks use different technologies, but make use of the same principle - if you force an atom to jump from one particular energy state to another, it will radiate a microwave signal at an extremely stable characteristic frequency.

This frequency is around 6GHz for the rubidium clock and around 1.4GHz for the hydrogen clock. "We will use the clock frequency as a very stable reference by which other units can generate the accurate signals that the satellites will broadcast," says Emma. The broadcast signals will also provide a reference by which the less stable clocks in user's receivers can continuously re-set their time.

ESA chose the rubidium and hydrogen maser clocks because they are very stable over a few hours and their technology can fly onboard the Galileo satellites. If they were left to run indefinitely, though, their accuracy would drift, so they need to be synchronised regularly with a network of even more stable ground-based reference clocks.

These will include clocks based on the caesium frequency standard, which show far better long-term stability than either rubidium or hydrogen maser clocks. The caesium frequency standard is based on atomic transitions in the caesium atom and is the standard on which universal time is based. "The clocks on the ground will also generate what we are calling Galileo System Time," says Emma.

The clocks that will fly on the satellites are the first of their type to be developed and built in Europe. "Similar clocks are available in the US and in Russia (e.g. those flown on the GPS and GLONASS satellites), but we believe that we need to have an independent capability," states Emma. The passive hydrogen maser clock will actually be the first one of its type ever to fly. It is being built by the Observatoire de Neuchatel in co-operation with Officine Galileo of Italy, the former being responsible for the overall development and in particular for the so-called physics package, and the latter being in charge of the electronics. A similar arrangement applies for the rubidium clock, with Temex Neuchatel Time assuming overall responsibility and Astrium, Germany contributing the electronics.

The rubidium clock should be ready for qualification by the end of 2001, by which time an engineering model of the hydrogen maser should be available. Both clocks will really show their capabilities in 2004, when the first Galileo satellites go on trial.