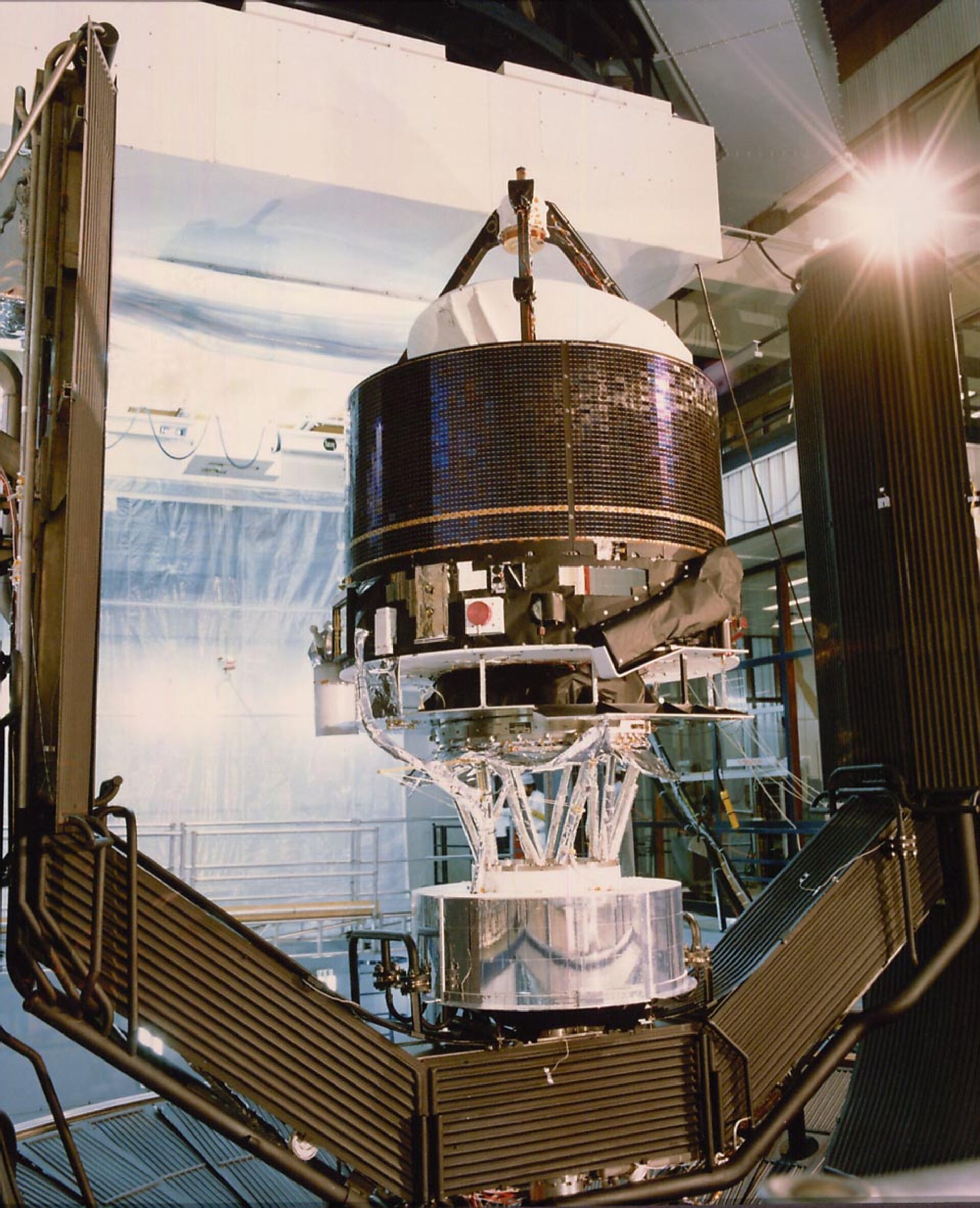 Flight unit in preparation of solar simulation at INTESPACE in the Space Center in Toulouse.

The Giotto space probe, launched in 1985 on an Ariane 1 V14 launcher, brushed past the hidden nucleus of Halley's comet in 1986.Its camera recorded many images that gave scientists an unique opportunity ( the comet would not pass close to the Earth again until 2061) to increase their knowledge of Halley,and in particular to determine the consistency of its matter through the analyses made by the probe as it passed through the comet's tail. Though damaged by the multiple impacts, Giotto carried on with its mission. After a period of hibernation, it was reactived in 1990 for a fresh task - overflying the comet Grigg-Skjellerup on 10 July 1992. Giotto is thus the first probe that has ever met two comets.