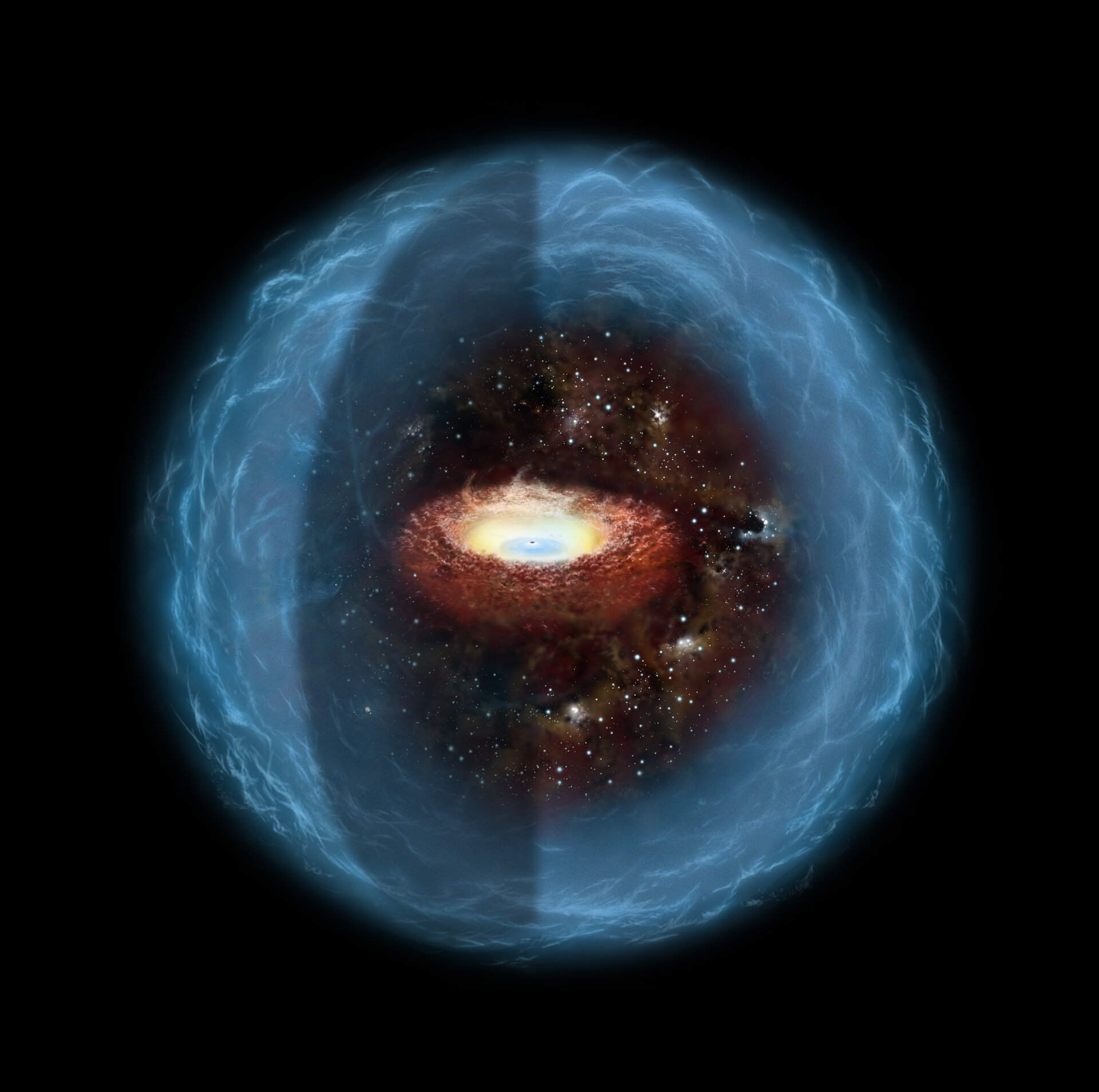 This artist’s concept illustrates the possible structure of the central core of the galaxy UGC05101 situated in the constellation Ursa Major , approximately 550 million light years away from the Earth. Termed an ‘ultraluminous infrared galaxy,’ the total energy it emits in the infrared alone is about one trillion times more than the that of the Sun. However, the central region is covered by a thick interstellar medium and can only be observed in the Infrared. Observations with AKARI have revealed evidence for active phenomena in the central part of this galaxy.

It has been postulated that at the centre of UGC05101 is a giant black hole, of mass more than a million times that of our Sun. In this case, the material around it would be expected to radiate enormous amounts of energy as it slowly tumbles into the black hole.