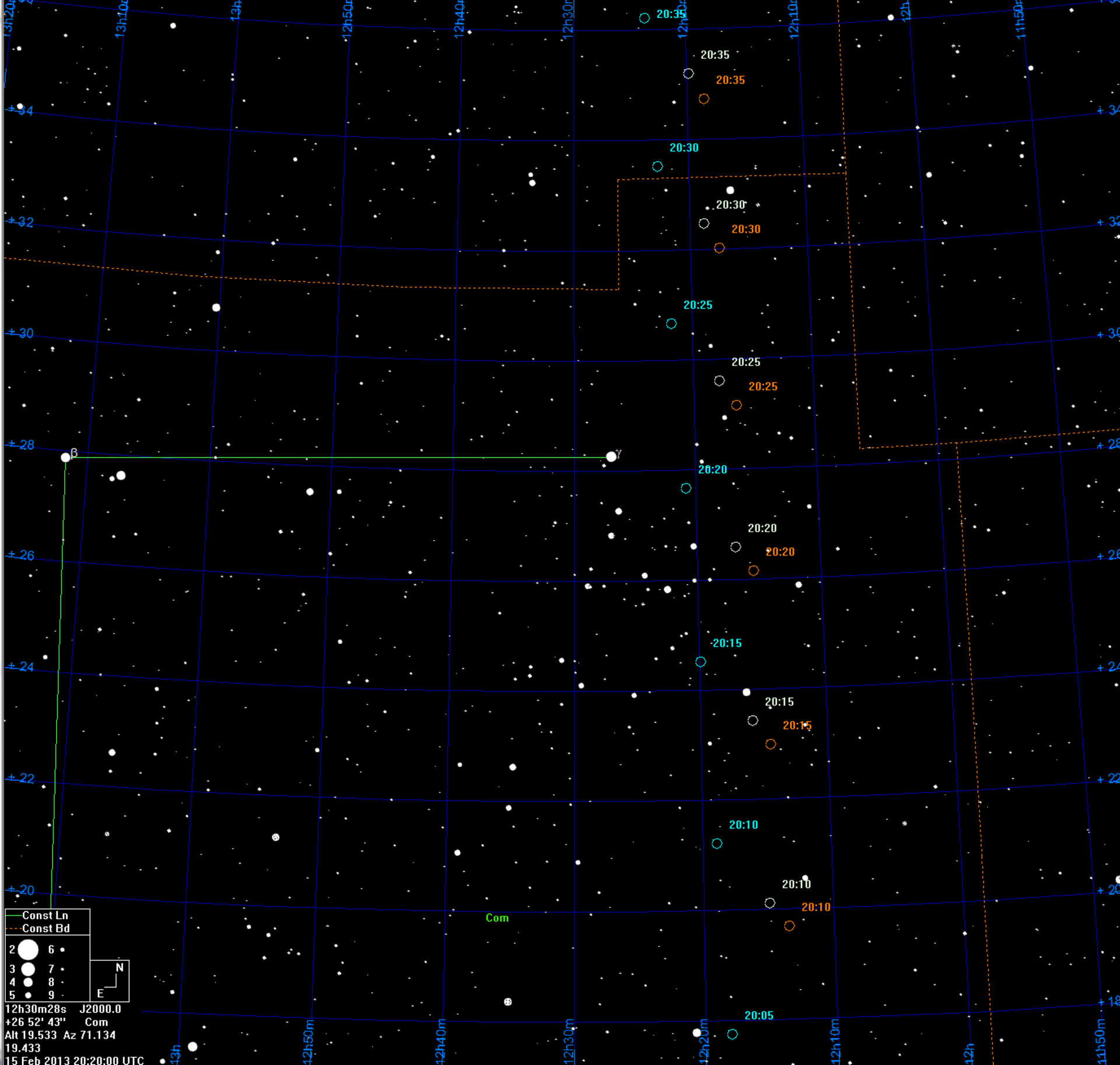 This figure shows the location of asteroid 2012 DA14 as seen from ESA's ESTEC Establishment in The Netherlands. From ESOC in Germany it would still be roughly in the same area. For ESRIN, close to Rome in Italy, the asteroid would appear about three lunar diameters to the left. The time marks are given in GMT.

The position of the asteroid is shown about 15 min after it rises above the horizon. The blue circles are the position as seen from ESRIN (Frascati, Italy); the white circles from ESOC (Darmstadt, Germany); the orange circles from ESTEC (Noordwijk, the Netherlands). Times are given in GMT.

The chart was prepared using the software Guide (http://www.projectpluto.com).