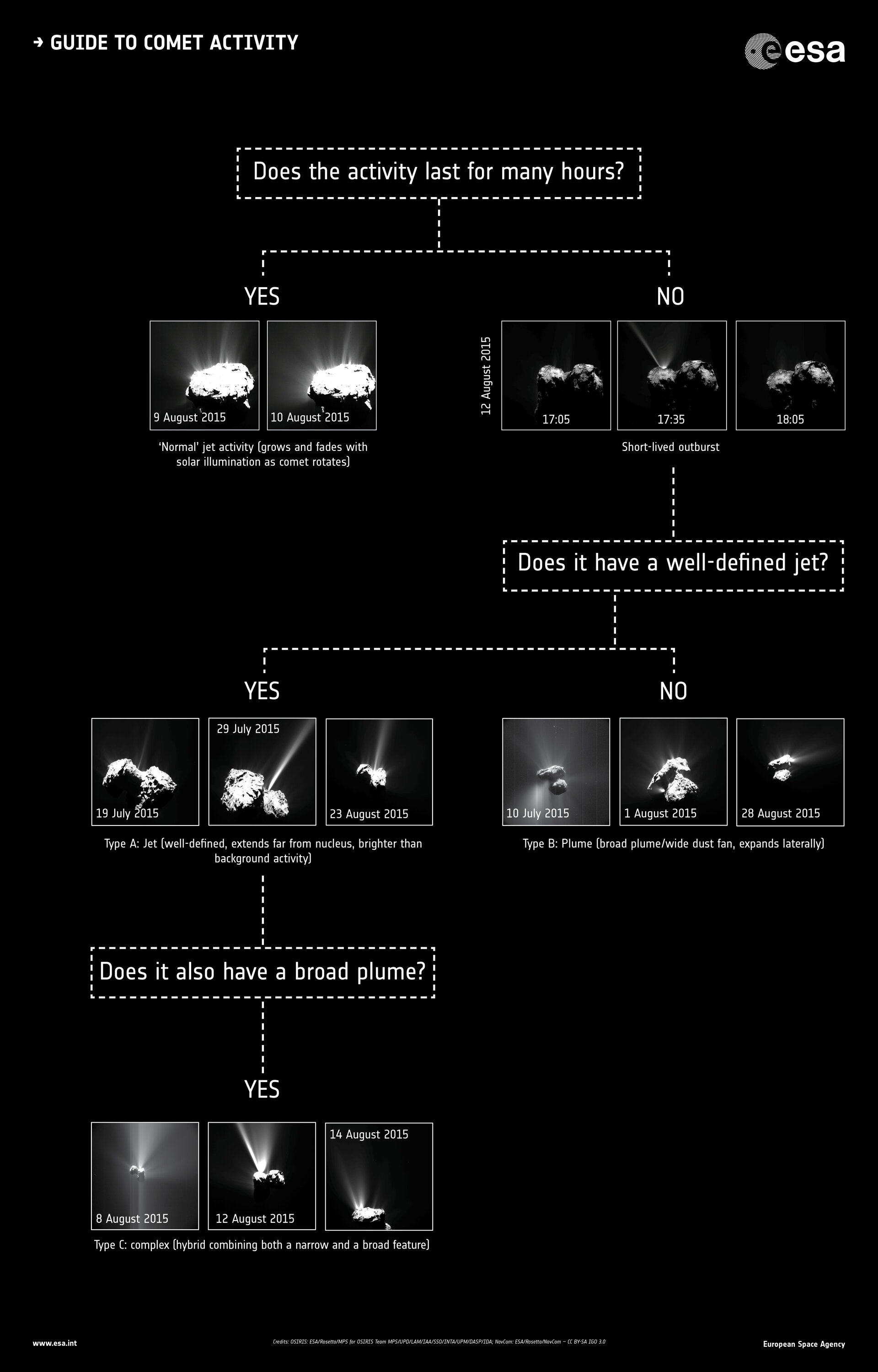 How to spot the difference between ‘normal’ background activity and short-lived transient events at Comet 67P/Churyumov–Gerasimenko.

Regular flows of material are seen streaming from the comet’s nucleus, switching on and off with clockwork repeatability from one comet rotation to the next, rising in the morning and fading during the evening. The pair of images shown here were taken at almost identical times on 9 and 10 August 2015, at 12:09 GMT and 00:23 GMT, respectively (one comet rotation period at this time was 12 h 18 min 10 s) and the same features can clearly be seen.

By contrast, outburst events are characterised by a sudden and short release of dust; they are brighter than the usual jets, and travelling much faster. They are also typically observed only once, indicating that they have a lifetime shorter than the rate at which the images were being taken. For the trio of images seen in this graphic, taken on 12 August 2015, the images were separated by 30 minutes, with the event captured most prominently in the centre image (and only faint activity in the ‘before’ and ‘after’ images).

Of the transient outburst events, three types of jet ‘shape’ have been identified. Type A are defined by an obvious collimated jet that extends far from the nucleus – sometimes out of the field of view of the image – and is much brighter than the background activity. Three examples captured on different days and from different locations are shown here.

Type B outbursts are identified by a broad plume with a wide base fanning out far more laterally than the Type A jets. Again, three examples captured on different days and from different locations are shown here.

Type C describes a complex hybrid between types A and B, combining both a narrow and a broad feature.