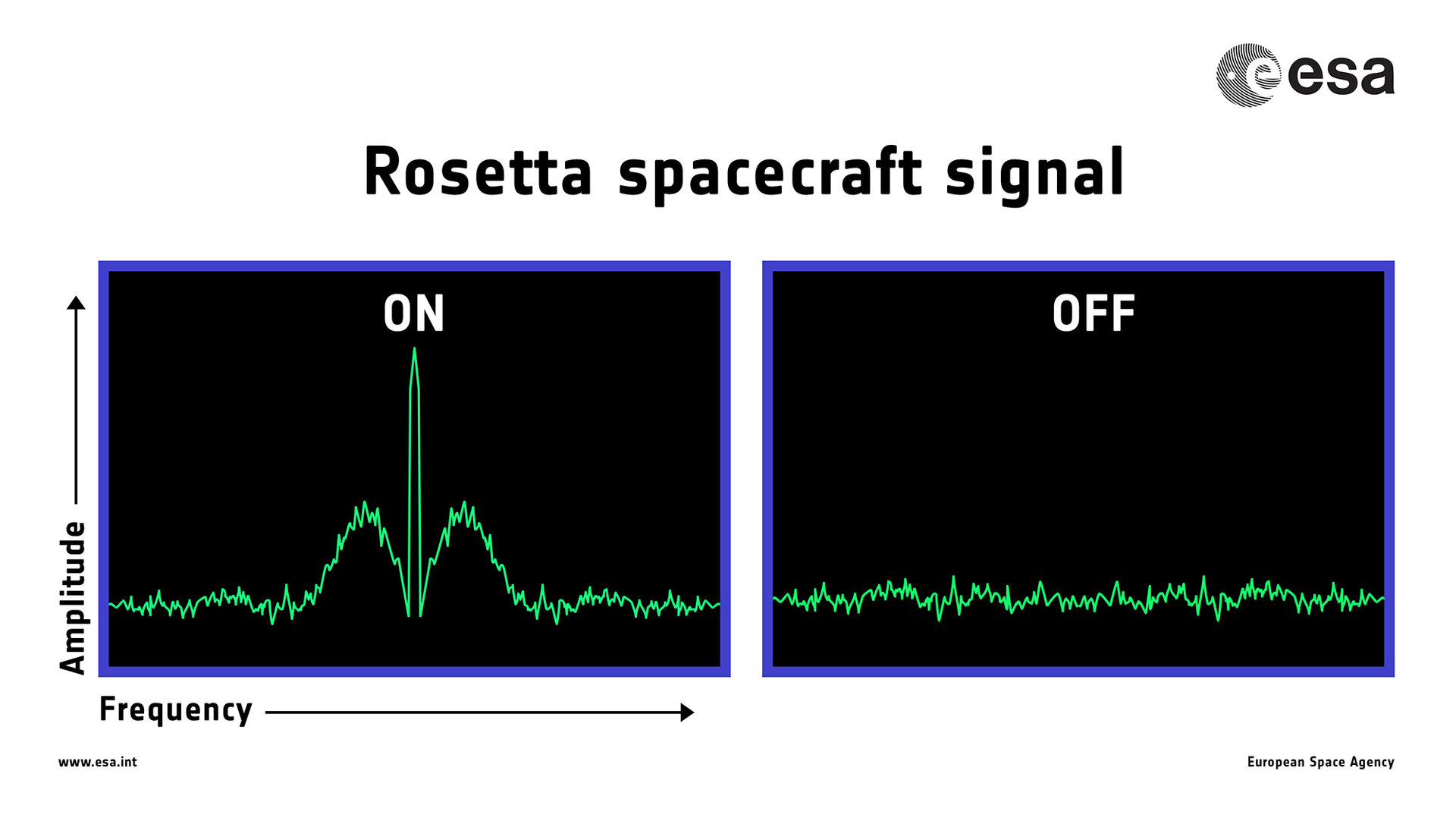 Confirmation that Rosetta has ended its mission will be seen on screen in mission control on a ‘spectrum analyser’, a type of graph that shows the carrier signal received by the ground stations on Earth.

Contrary to Rosetta’s wake-up from deep space hibernation in January 2014, where a rise in the spacecraft carrier signal was seen in the on-screen spectrum analyser, mission controllers will see the signal drop for the final time once it ceases to transmit.

The left-hand sketch here represents a typical signal received from the spacecraft, against the background noise. Once the spacecraft is no longer transmitting, then no signal will be seen in the spectrum analyser (right).

Rosetta’s collision with the surface is expected to occur at 10:40 GMT (±20 minutes) at the comet. Taking into account the 40 minute signal travel time between Rosetta and Earth on 30 September, this means the confirmation would be expected at mission control at 11:20 GMT / 13:20 CEST (±20 minutes).