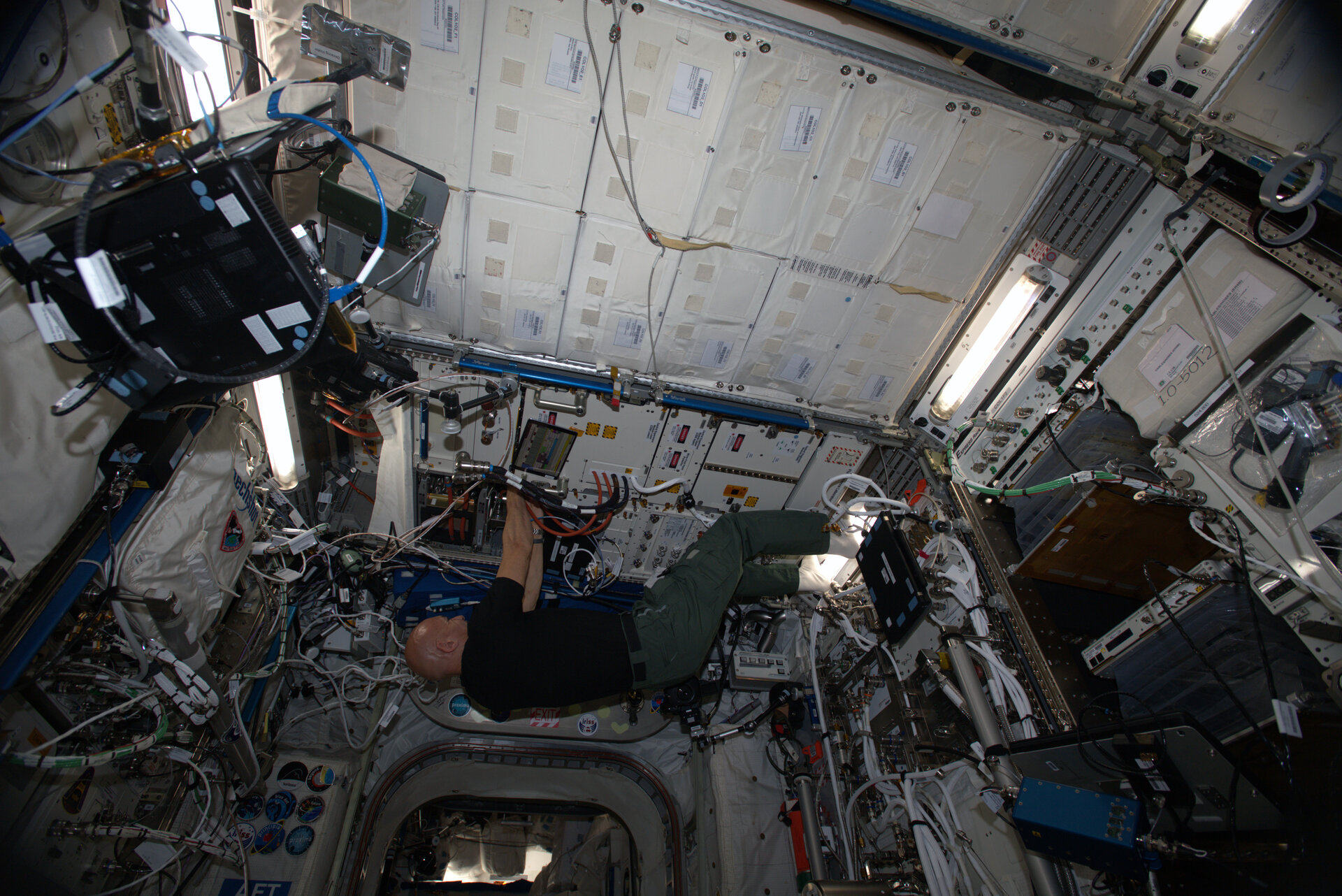 In space there is no up or down. Luca Parmitano posted this image from the International Space Station showing him working on the "roof" of the European Columbus laboratory. He captioned it: ‘Attached to the roof’ of Columbus, while working on FSL, the lab for fluid physics experiments.