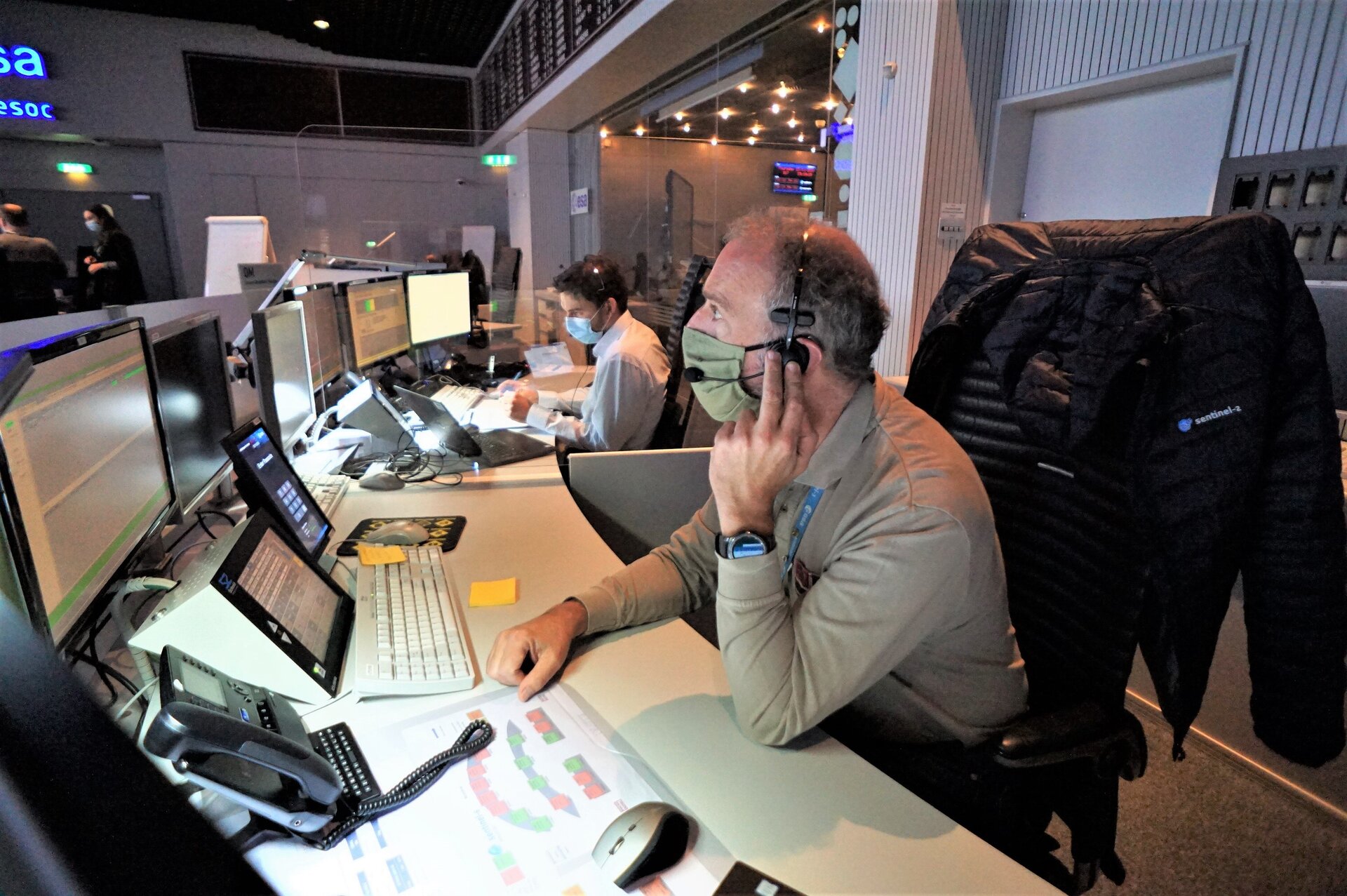 After months practising the critical ‘Launch and Early Orbit Phase’ with a simulated Sentinel-6 spacecraft, the control team at ESA’s Operations Centre are ready for liftoff with the real thing.

The Earth observation spacecraft from the EU’s Copernicus programme will launch on a Space X Falcon 9 rocket at 17:17 GMT (18:17 CET) from the Vandenberg Air Force Base in California, US, on Saturday, 21 November.

Once ESA’s mission control has guided the Sentinel through the critical early phase, configuring the spacecraft and performing two orbit manoeuvres to get it close to its final orbit, EUMETSAT – Europe’s weather satellite organisation – will then complete the final ‘orbit acquisition’ and take on responsibility for commissioning, routine operations and distribution of the mission’s vital data.

This Launch and Early Orbit Phase, or LEOP, is the most risky period in a spacecraft’s life. It's the period in which the new spacecraft begins using its solar arrays for power, wakes up to test its core functioning and manoeuvres into the correct path, all the while at its most vulnerable to the hazards of space.

The target orbit for the new mission is a low-Earth orbit at about 1300 km altitude, inclined about 66 degrees with respect to the equator. This allows the satellite to map up to 95% of Earth’s ice-free ocean every 10 days. Timing here is extremely important, as Sentinel-6 needs to fly in tandem with the Jason 3 spacecraft it is replacing, falling into position behind it with a separation of just 30 seconds, or about 230 kilometres.

This is why simulations and dress rehearsals are so important – they give the team the chance to go through seamless scenarios as well as problem-solve and brainstorm during ones in which something goes wrong. This picture was taken during the Sentinel-6 dress rehearsal on 12 November, and shows Ground Operations Manager Brett Durret ‘on console’ in ESA’s Main Control Room.

The dress rehearsal is a vital part of spacecraft launch preparations, as it's the first time the control team practise the launch countdown sequence leading to lift off while in direct communication with the spacecraft at the launch pad, the ground stations and partners around the globe.

Sentinel-6 is one of the European Union’s family of Copernicus missions and its implementation is the result of unique collaboration between ESA, NASA, Eumetsat and NOAA, with contribution from the French space agency CNES.

Find out more about how teams have been preparing for the launch amid the COVID-19 pandemic, and follow along live via @esaoperations on Twitter where you’ll find rolling coverage leading up to liftoff straight from the heart of mission control.