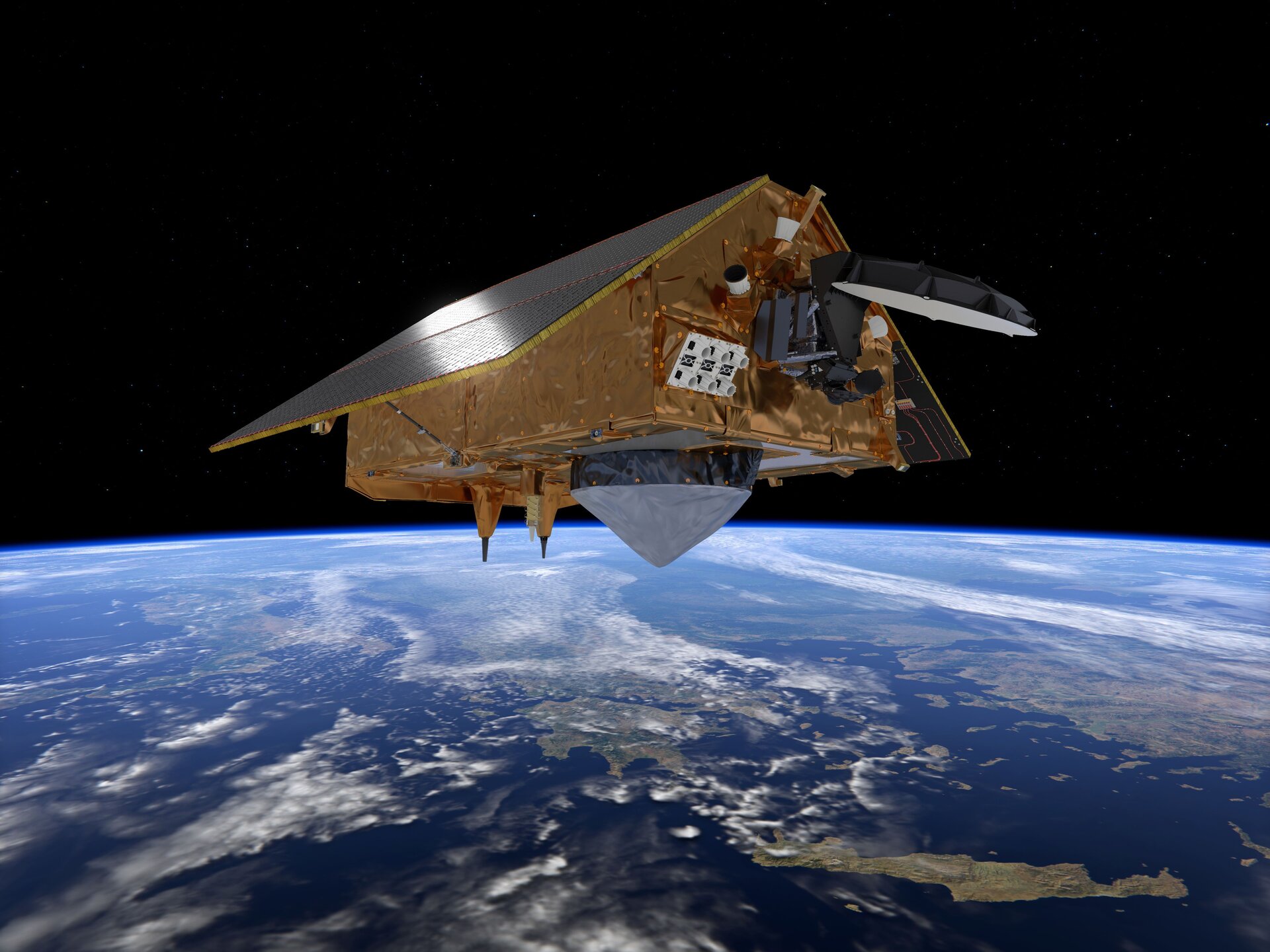 Teams at ESA's mission control centre are getting ready to ensure a new Sentinel Earth Observation mission safely arrives in its correct orbit, from where it will map, measure and monitor rising sea levels after its launch on 21 November.

The 1.2-tonne Copernicus Sentinel-6 ‘Michael Freilich’ spacecraft will launch on a Space X Falcon 9 rocket from Vandenberg, California, in the United States. Once safely in orbit, ESA’s ESOC Operations Centre in Darmstadt, Germany, will take over the reins.

Over the subsequent three days, the Sentinel-6 mission control team will guide the fledgling mission through the ‘Launch and Early Orbit Phase’ – the riskiest phase of its life.

Like a bird hatching from the egg, this is the period in which the new spacecraft unfurls its solar arrays, wakes up to test its core functioning and manoeuvres into the correct path, all the while at its most vulnerable to the hazards of space.

Sentinel-6 Michael Freilich is the first of two spacecraft being launched to ensure the ‘continuity of service’ of the Jason missions currently providing data on Earth’s changing oceans, but reaching the end of their lives. This adds a layer of complexity to already tricky operations, as the new Sentinel needs to fly in tandem with the Jason-3 spacecraft it will replace, until the latter is moved to a different orbit.

The target orbit for the new mission is a polar orbit bringing the mission high over Earth’s icy poles at about 1300 km altitude. Timing here is extremely important, as Sentinel-6 needs to fly in tandem with the Jason 3 spacecraft, falling into position behind it with a separation of just 30 seconds, or about 230 kilometres.

Teams at ESOC will perform two orbit manoeuvres during the first few days, edging the spacecraft closer to where it needs to be. But as Sentinel-6 takes over from Jason, so too will EUMETSAT, the European Organisation for the Exploitation of Meteorological Satellites, take over the satellite command and control from ESA, after the third day.

Once the Sentinel is through the critical early phase and drifting towards its target orbit, EUMETSAT will complete the final ‘orbit acquisition’ and take on responsibility for commissioning, routine operations and distribution of the mission’s vital data.

Simulating success during a pandemic

Control teams are used to preparing for unexpected eventualities. In fact a large part of the job involves going through real-time simulations in which they are subjected to all manner of potential problems - from all kinds of spacecraft anomalies to computers crashing and even avoiding space debris.

Now, they are rehearsing in the midst of a very real pandemic on Earth.

“Of course, preparation for the Sentinel-6 launch has been affected by COVID-19, and we have put all measures in place to ensure success in this difficult situation. We must always keep a safe distance from each other, we have plexiglass walls separating everyone in the control rooms, masks worn at all times and the numbers of people on site are limited to those strictly needed to support operations” explains Massimo Romanazzo, Spacecraft Operations Manager for the mission.

“We’re doing all we can to ensure the health and safety of our teams and fortunately, despite the odds, we have not experienced any delays and are on schedule for launch on 21 November.”

The team has two more ‘contingency simulations’ to go in which problems are injected into the launch sequence, and two final ‘nominal simulations’ in which everything runs according to the ‘nominal’ operations timeline.

A couple of days before launch, they will then go through the dress rehearsal when they run through the launch sequence, but this time connected to the spacecraft in Vandenberg sitting on top of its Falcon 9, getting live data from the satellite.

Supported from the ground

Sentinel-6 will join a fleet of Earth-monitoring spacecraft in one of the busiest space highways, low-Earth orbit. ESA’s Space Debris Office based at ESOC will be on hand throughout the critical early days, monitoring and calculating the risk of collisions with swirling space debris and advising on how best to keep the mission safe.

ESA’s Kiruna ground station will track the spacecraft’s first days, while the North Pole Satellite Station in Alaska is expected to catch its first signals from space after separation from the launcher.

While Sentinel-6 is one of the European Union’s family of Copernicus missions, its implementation is the result of the unique collaboration between ESA, NASA, Eumetsat and NOAA, with contribution from the French space agency CNES.

“The Sentinel-6 mission perfectly brings together the best aspects of operating in space; international cooperation, cutting edge technology and a desire to bring benefits down to Earth from the unique vantage point of near-Earth orbit,” says Simon Plum, ESA’s new Head of Mission Operations.

“And guiding a spacecraft through its most risky early days showcases what teams at ESOC do best as they put their years of training and experience to practise, all the while under additional constraints due to the COVID-19 pandemic. I am very proud to join a team with such professionalism and commitment, and look forward to my first launch here at ESA mission control.”