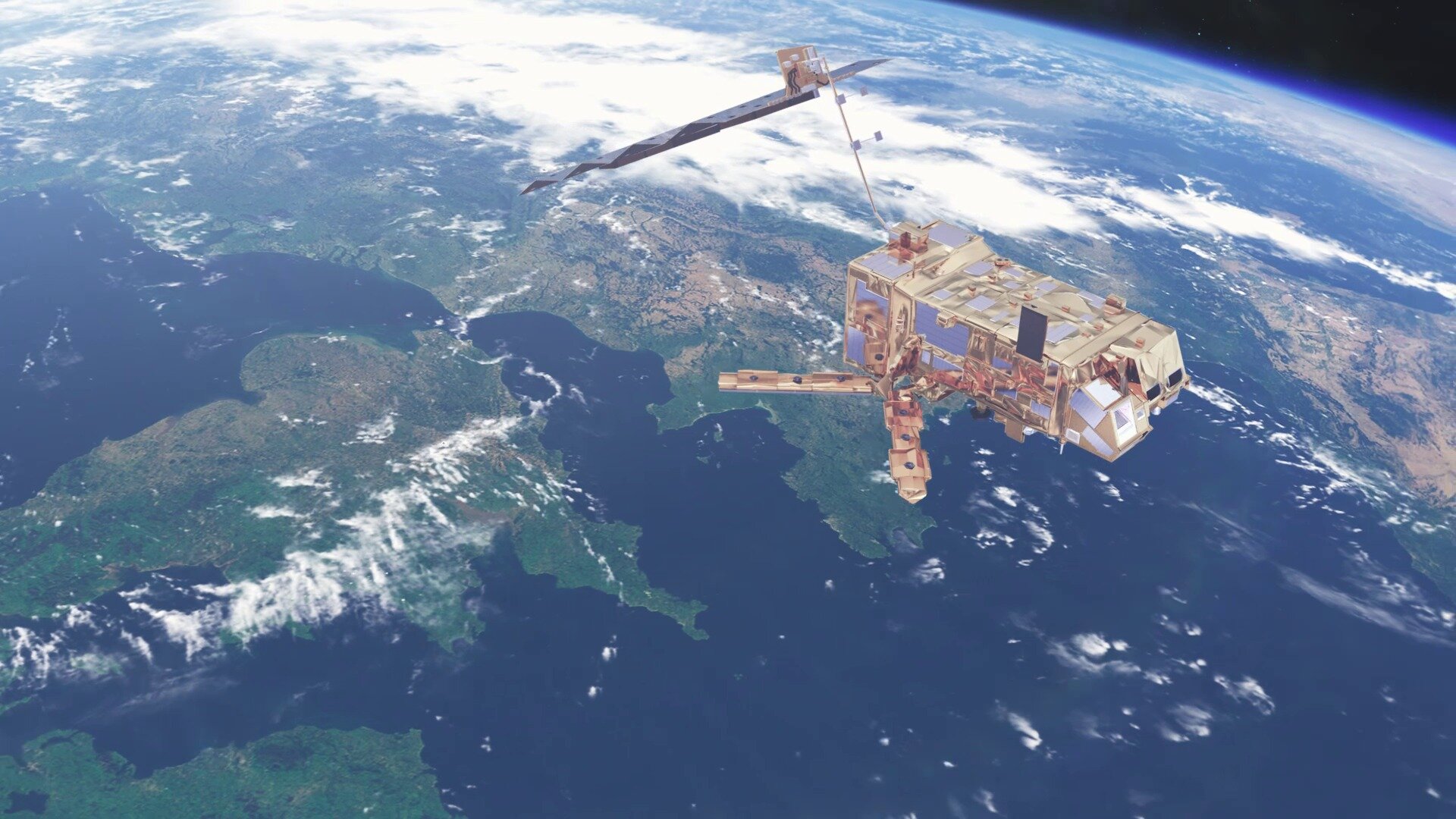 Mission teams at ESA’s ESOC operations centre in Germany handed control of the recently launched MetOp-C satellite to Eumetsat, the European Organisation for the Exploitation of Meteorological Satellites, on Saturday morning, just three days after launch.

In doing so, they also say a final farewell to the extremely successful MetOp-series of weather-probing satellites.

MetOp-C was launched into orbit on 7 November on top of a Soyuz rocket. Since then, teams at ESA’s mission control centre in Darmstadt, Germany, have been carefully introducing the satellite to its new home in space.

These early days are called the ‘Launch and Early Orbit Phase’ (LEOP), and they mark some of the most critical moments in a satellite’s young life.

Before routine operations can begin, teams had to confirm that all vital systems of MetOp-C were functioning, all mechanisms had been deployed and the correct orbit at an altitude of 800 km was achieved. Teams also worked to activate and configure spacecraft systems needed for routine and commissioning operations.

“Everything is as it should be, and the craft is in excellent shape,” explains Deputy Flight Operations Director Ian Harrison.

“MetOp-C is now out of the critical LEOP phase and is ready for commissioning, thanks to teams here who worked around the clock, ensuring we got to this moment.”

In space, MetOp-C joins its siblings MetOp-A and MetOp-B, two satellites that have already reduced errors in one-day weather forecasts by up to 27 percent.

Now that MetOp-C is safely in orbit, and following in the footsteps of the previous two, ESA has handed over the mission to Eumetsat for in-orbit commissioning, the start of routine operations and, later, distribution of its vital meteorological data.

A year of firsts

The launch of MetOp-C follows less than 18 days after teams at ESOC shepherded BepiColombo through its LEOP and departure on an interplanetary orbit to Mercury, the shortest-ever duration between two newly launched missions controlled by ESA.

"This demonstrated the capabilities at ESA's mission control, which is able to conduct without any modifications and within a very short time two completely different types of missions − interplanetary for BepiColombo and Earth observation for MetOp-C," said Flight Operations Director Hervé Côme.

These followed two earlier LEOPs in 2018 — on 25 April, ESA took the Copernicus Sentinel-3B satellite through its critical stage and on 20 August, ESA’s Aeolus wind mission was placed into orbit. Sentinel-3B, too, will shortly be handed over to Eumetsat for routine operation.

This makes 2018 another year in ESA’s history in which four critical launch and early orbit phases were conducted in one year by teams at the Agency’s operations centre. In total, 14 LEOPs were conducted in the last four years, an all-time record for ESA mission control.

We look forward to continued close collaboration with Eumetsat for future missions of the Sentinel-series.

“We are delighted that we could contribute to the success of the MetOp-series, in collaboration with our friends at Eumetsat,” says Paolo Ferri, ESA’s Head of Mission Operations.

“This is a fitting final LEOP to cap off what continues to be an extremely busy year here in Darmstadt, with the three newly launched spacecraft, Sentinel 3B, Aeolus and BepiColombo still in their intensive commissioning phase, and with 18 other satellites and probes being operated in their routine phase.”

“With the farewell to Metop-C, we look forward to continued close collaboration with Eumetsat for future missions of the Sentinel-series.”

“It is great to see such close cooperation level within Europe’s space family.”