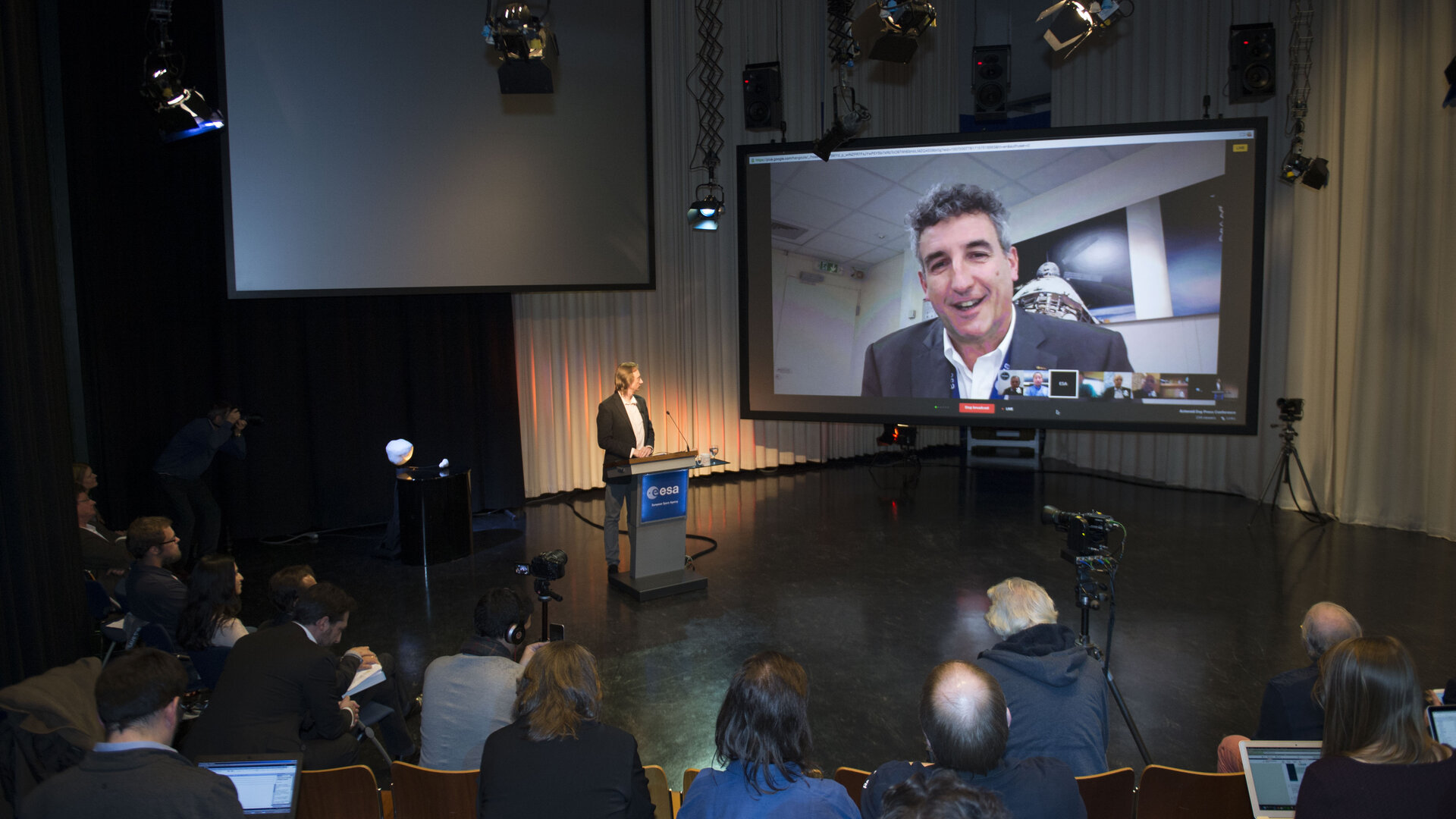 Asteroid Day, a global movement to increase knowledge and awareness of asteroids, announced its plans for 2016 from a press conference hosted at ESA’s technical heart in the Netherlands and livestreamed around the world.

Ian Carnelli, project manager for ESA’s proposed Asteroid Impact Mission, spoke from the ESTEC technical centre at Noordwijk, the Netherlands: “ESA has been studying the role of space missions to address the asteroid hazard over the last 15 years.

“Today we have the technology to change the path of an asteroid, but we need to test our technology in space and learn if our models are correct by measuring all the relevant parameters.”

“Our association of astronauts and cosmonauts is excited about supporting Asteroid Day 2016, appearing at Asteroid Day events around the globe and sharing our belief that space technology can find rogue asteroids and prevent a future damaging impact on our planet.”

Asteroid Day is held on 30 June – the anniversary of the largest impact event on Earth in recorded history, at Tunguska, Siberia, in 1908. The first Asteroid Day was launched in 2015, inspiring more than 150 events worldwide, attended by tens of thousands of scientists, academics and member s of the public.

- San Francisco, USA, hosted by the California Academy of Sciences/B612