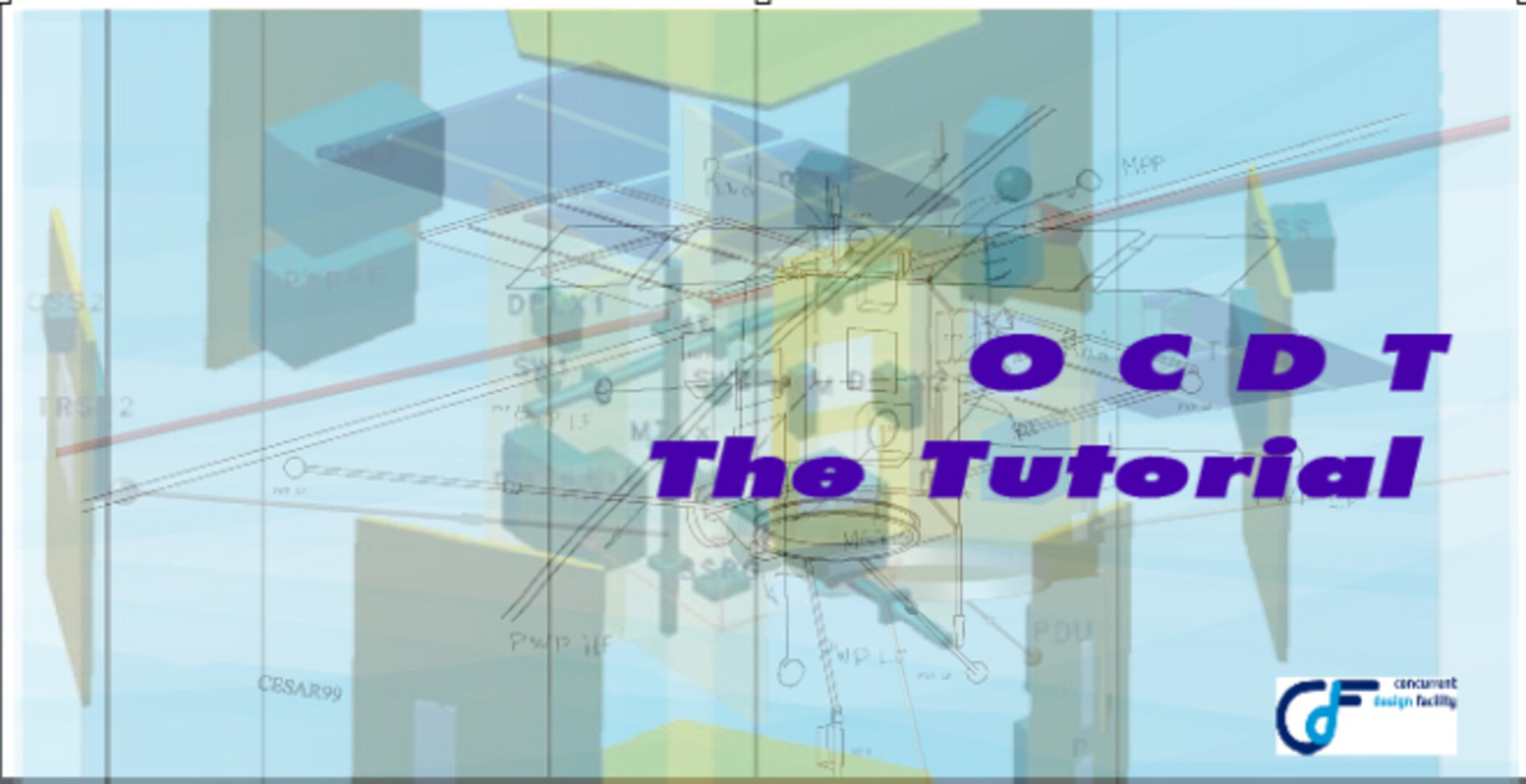 The CDF has just released an online tutorial for new users of their  Open Concurrent Design Tool (OCDT).

The video tutorial has been created to help users new to OCDT working for now in the CDF and in the future potentially the wider OCDT community. Learning can be done at their own pace and the tutorial has a mixture of screenshots, simulations and quizzes. More than 30 people have gone through the tutorial process so far and it is much more efficient for both the users and the tutors, cutting learning time down by half.

Before starting a new study, users have a face-to-face meeting with the CDF to ask any questions they might have, after which access to the tutorial is given. If users still have difficulties they can of course contact a member of the CDF for any further help.

In the video, a tutor from the CDF guides the user through a mock study where they can follow the process. Users can also access the mock study from their desktops to enable them to practice on your own.

An important aspect of OCDT is the use of Catalogues which are an ‘archive’ of all the different measurements, definitions and parameters that have been previously used and can be made use of by ‘dragging and dropping’ into new studies. This makes for a much more efficient way of working for all concerned.

OCDT has been developed in-house to replace the Integrated Design Model (IDM). OCDT is based on an open source database and is an Excel Add-in. It allows users to model their specific domains and perform analysis.

The Open Concurrent Design Software has been developed by the OCDT design community and more details can be found on the link on the right.