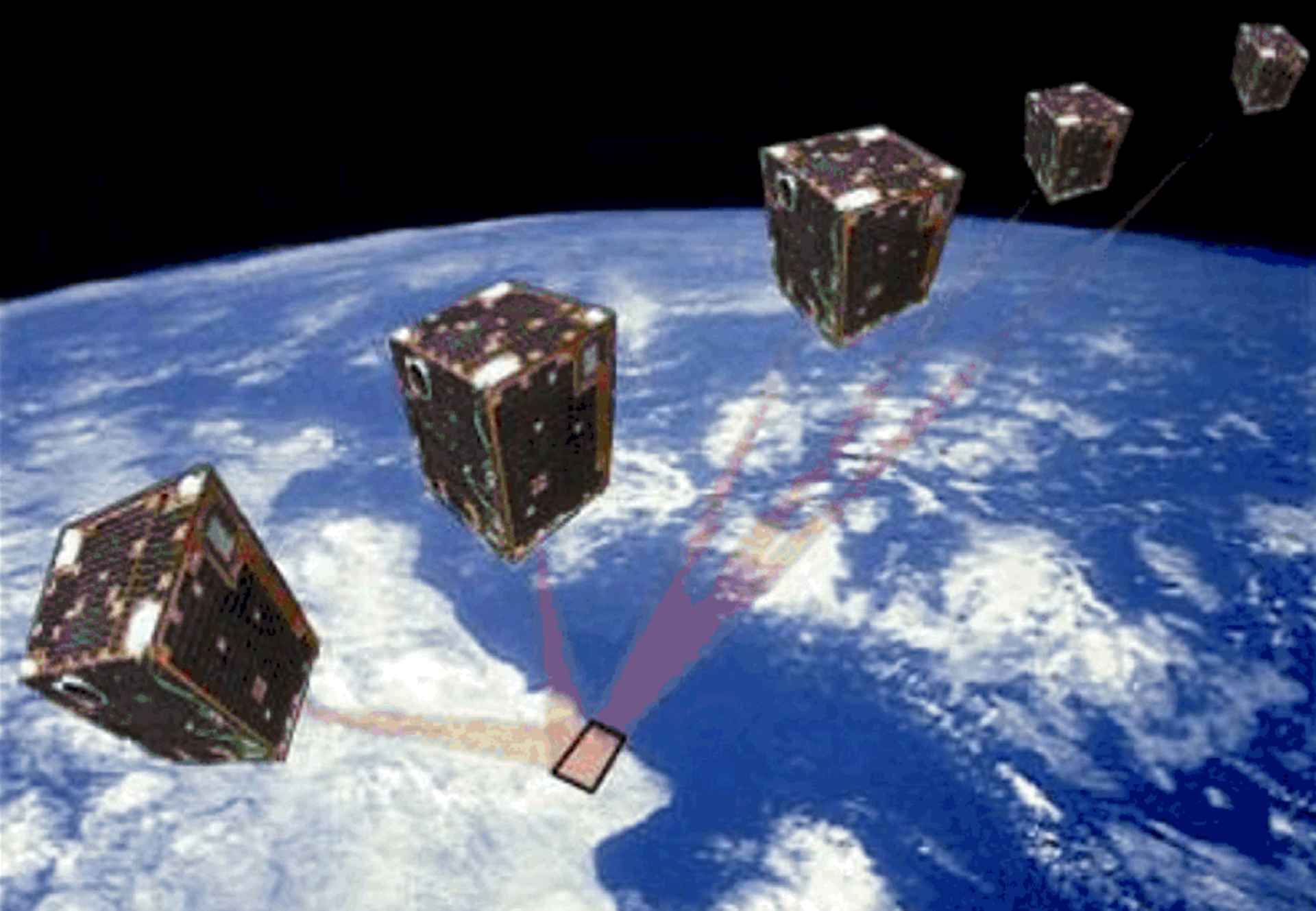 On this day, twenty years ago, ESA’s first small satellite, Proba-1 (Project for On Board Autonomy), was launched with just one goal – to prove technologies in space.

But, once in orbit, that same small satellite quickly proved to be not so little in its capabilities.

Today, twenty years on Proba-1, which was intended to survive just two years, is still going strong as an Earth Observation mission and its legacy is already future-proofed into the next decade.

Measuring just 60 x 60 x 80 cm, Proba-1 autonomoulsy performs advanced guidance, navigation and control processing,  as well as  payload resources management. Its two imaging instruments – the Compact High Resolution Imaging Spectrometer (CHRIS) and the panchromatic High Resolution Camera (HRC) – have provided more than 1000 images of more than 1000 sites. The images have been vital for monitoring several environmental concerns, from assessing how different lad use strategies in Namibian savannah as affect the vegetation growth, to  on vegetation types in Central Nambia’s savannahs, or helping to map and understand alpine snow cover in Swiss National Parks.

The micro-satellite was developed by ESA's General Support Technology Programme (GSTP) and built by an industrial consortium led by the Belgian company Verhaert.

Proba-1 marked a change towards small missions in European space industry. While CubeSats and are more and more common and available these days, Proba 1 was ESA’s first venture into small missions. The mission was developed in just three years – an unheard of feat at the time when missions often took more than 10 years to launch. It also marked the beginning of a series of Proba satellites, including Proba-2, Proba-V and the currently-in-testing Proba-3,

In twenty years, none of the primary units have actually failed and the spacecraft remains operational on all primary systems at this time. The satellite fulfilled many firsts for ESA – from being the first to use a lithium-ion battery (now an ubiquitous technology) to being the first ESA spacecraft with fully autonomous capabilities.

This meant it was designed to perform virtually unaided, running everyday tasks like navigation, payload and resource management with little involvement by staff at ESA's ground station in Redu, Belgium.

Normally, the code to autonomously run parts of the mission, such as the altitude and orbit control system (AOCs), is written in a specific way. First, the functions and actions of this system and each of the others onboard are detailed and cleared. Then, once the engineers are happy with them, they are translated into software specifications and then finally someone writes the software for these functions specifically. It’s a long loop, so if something doesn’t work or needs to change then it’s a long process.

But part of the reason the Proba-1 mission could be launched so quickly is that it circumvented this loop by developing a tool that automatically generated the software and allowed engineers to quickly change the functions and parts of a system without needing an entirely new code to be
written.

“We modelled everything in a software, which people recognise as the ancestor of matlab,” explains Pierrik Vuilleumier, who was on the Proba-1 team. “From the radiation or the orbit, to the magnetic field and the sun’s position. It was all modelled in the tool so at the end we pressed the button and automatically generated software that was compiled and linked with the on board software. Forty thousand lines of code for on board tools and thirty thousand plus for the on ground simulators.”

The tool also keeps all documentation in the model as well, meaning it’s easy to train new engineers to use it.

“Some myths about code generation live on today, but I believe we busted them all 20 years ago,” says Vuilleumier.

This automatic software generation has evolved and is commonplace for Proba missions nowadays, but it’s still not mainstream for all missions, despite the productivity gain and shorter development times.

Proba-1 also highlights how using COTS parts (Commercial Off-The-Shelf) instead of high grade ones can be far more cost- and time- effective and a true pay off – something that is becoming more and more a part of ESA’s strategy to develop and improve new technologies for space.

“We were the first to fly lithium batteries. By then, experts would prognose a 6 months lifetime in space at best. Now, 20 years later, we don’t notice any degradation of those batteries. They are 23 years old!” exclaims Vuilleumier.

Commercial parts are often considered to be more risky, or to have less reliability, but the Proba team showed that with proper engineering, their hardware has lived for 20 years now in the harsh environment of space and has demonstrated their worth.

Despite taking such a short time to develop, the project wasn’t always smooth sailing. Vuilleumier recalls the weeks before launch when the engineers, already in India ready for testing prior to the launch on PSLV, were frantically scrambling to finish coding the software.

“Was it exciting working on something that hadn’t been done before? Maybe for five minutes when you see something works, but before and after it’s more stress than excitement,” laughs Teston. “But we showed it is possible that things don’t always have to take longer or be more expensive. We showed it’s possible to do faster, cheaper missions.”

Weighing just 14 kg, CHRIS is the smallest hyperspectral imager ever flown in space and can see down to a resolution of 17 metres and acquire up to five images at a time, at up to 62 spectral channels. CHRIS exploits the platform agility to obtain views of the same area from several directions, which allows extraction of additional angular information. CHRIS data are used by ESA projects and in support of the International Charter for Space and Major Disasters – an agreement to make space resources available to civil protection agencies responding to natural disasters.

Proba’s other imager, HRC, is a small-scale monochromatic camera, taking 25-km square images to a resolution of five metres.

Some of the FDIR (Failure Detection, Isolation and Recovery) actions automatically switch over to redundant units to mitigate transitory radiation effects but otherwise everything runs as it did 20 years ago.