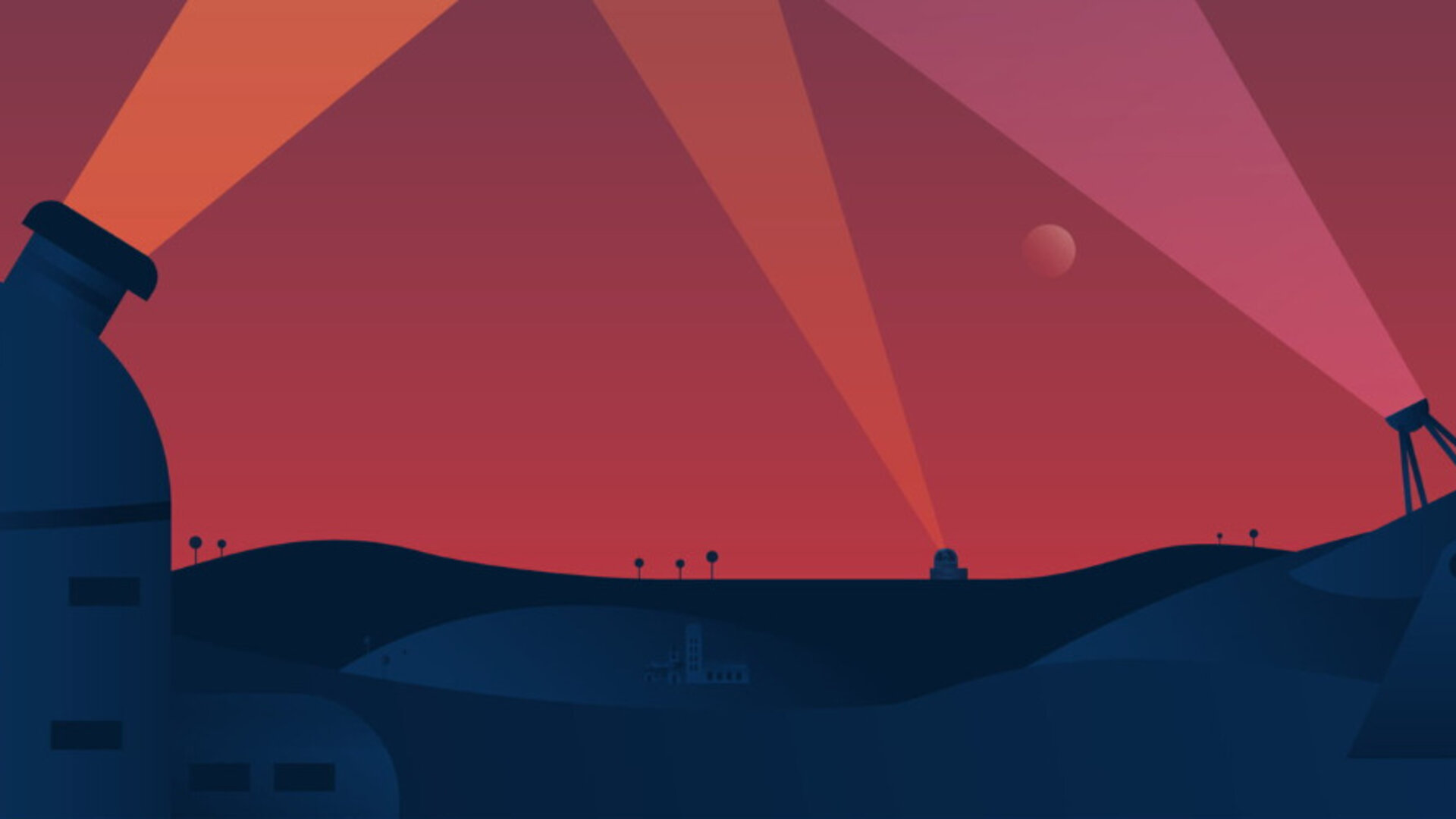 ESA’s latest public competition challenges ‘citizen scientists’ to combine AI with observations from low-cost telescopes to pick out mystery objects in and around geostationary orbit, thousands of kilometres above Earth.

Geostationary orbit is also known as the ‘Clarke belt’ – science fiction writer Sir Arthur C Clarke forecast it back in 1945. The further up that satellites orbit, the slower they need to travel to overcome Earth’s gravity. Orbiting at approximately 36 000 km altitude directly above the equator, satellite velocity precisely matches Earth’s rotation, enabling them hover above the same spots in the sky.

The result has been called the most valuable real estate in our solar system: a 265 000 km ring of telecommunications, meteorology and other satellites around our planet, carefully regulated by the International Telecommunication Union.

Despite its economic value however, geostationary orbit – as well as adjacent ‘geosynchronous’ orbits – must contend with the same problems of space debris also seen in lower orbits. ESA and other space agencies perform regular monitoring to identify and track potentially-hazardous debris items. This is usually done using either high-power radar or high-performance astronomical telescopes.

“Geostationary orbit is generally well managed and documented, partly because of its immense practical and commercial value,” notes Tat-Jun Chin of the University of Adelaide, partnering with ESA on the competition. “However, precisely because of that value we should put more efforts into further understanding and protecting it.”

Dario Izzo of ESA’s Advanced Concepts Team (ACT) adds: “So, for our new ‘spotGEO’ competition, we want to see how well low-cost telescopes combined with tailored AI algorithms can identify ‘resident space objects’ at these altitudes.”

Competition entrants will receive a dataset made up of sets of five sequential images of unspecified segments of the geostationary belt, then challenged to pick out artificial objects against the surrounding stars.

In theory this is made easier because such objects will remain static (or nearly static) compared to the background starfield, which appears to move because of Earth’s rotation. In practice, with atmospheric distortion and an approximately 40-second exposure time for each single image the objects will be smeared out and dimmed. Clouds, light pollution and sensor noise also add to the challenge.

“The sheer distance between the observer and the target objects makes this a difficult problem,” adds Dario.

“Each pixel observed at this altitude corresponds to an arc length of about 800 m – so the objects of interest are much smaller than a single pixel. But success should help us keep better watch on this essential region of space around our planet.”

Tat-Jun Chin and his team made contact with the ACT after winning the Pose Estimation Challenge, their previous space-themed AI competition, on estimating the orientation of distant satellites from a dataset of still images.

“Deep learning algorithms can be trained through such datasets to detect visual features of interest,” he notes. “Researchers in AI – particularly computer vision and machine learning – understand that having common datasets is vital towards making progress. These allow different methods to be compared objectively, so that the community can learn the best practices then apply them for their respective problems.

“Generally speaking, sharing datasets in space research is not so common, but the excellent Kelvins competitions are changing this, and after getting to know the ACT we decided to contribute our own.”

The University of Adelaide team coincidentally acquired these images during an observing campaign during the last Australian summer, so that forest fire smoke adds to the observing difficulty.

This is the latest competition hosted at the ACT’s Kelvins website, named after the temperature unit of measurement – with the idea that competitors should aim to reach the lowest possible error, as close as possible to absolute zero. The spotGEO dataset will be available there from 8 June, at the start of the three-month competition.