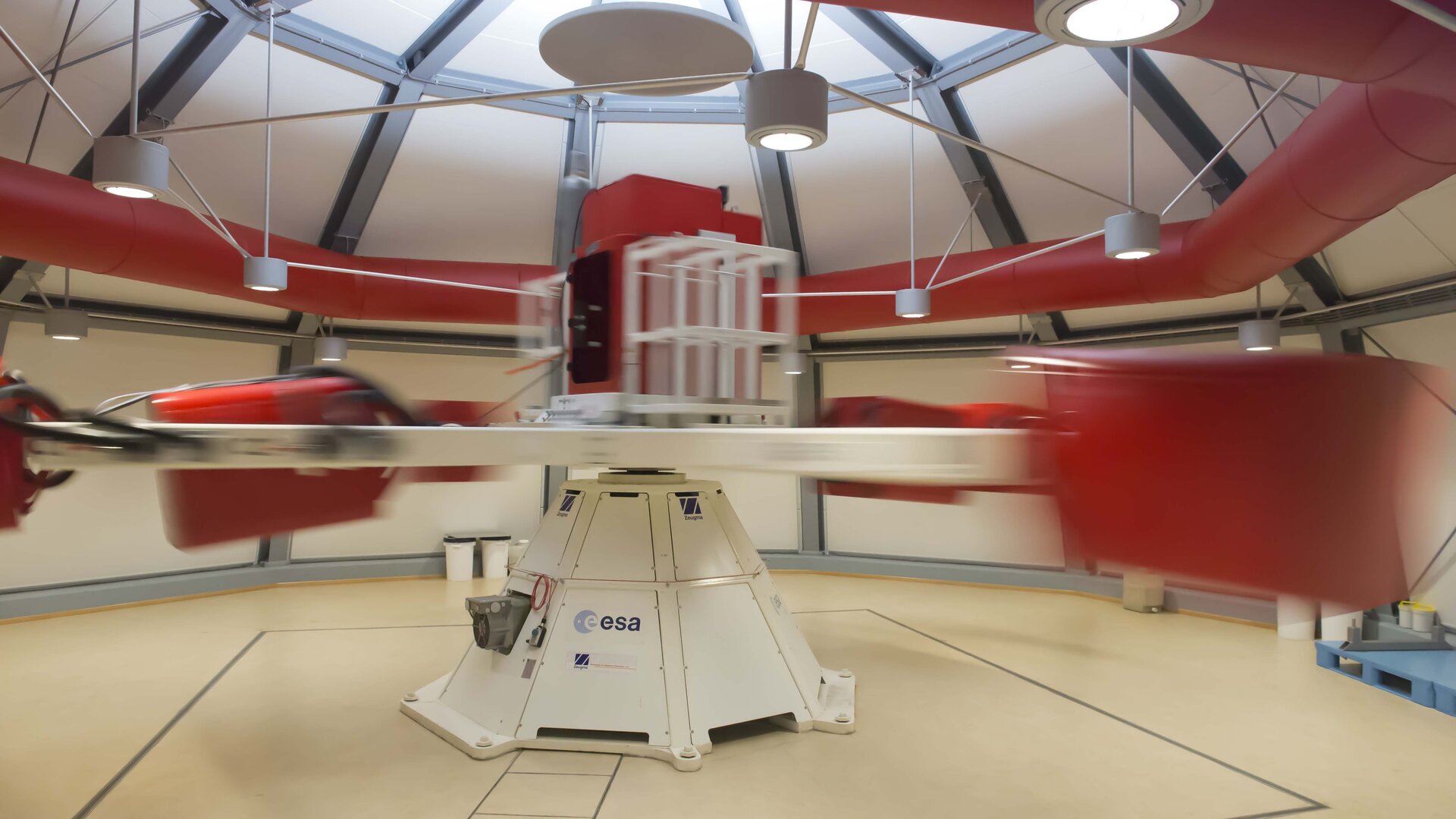 After 14 million revolutions, ESA’s Large Diameter Centrifuge is about to mark its 10th birthday. The 8 m-diameter four-arm centrifuge gives researchers access to a range of hypergravity up to 20 times Earth gravity for weeks or months at a time.

At its fastest, the centrifuge rotates at up to 67 revs per minute, with its six gondolas placed at different points along its arms weighing in at 130 kg, and each capable of accommodating 80 kg of payload. Multiply those combined figures by 20 g and it adds up to an equivalent mass of 24 tonnes.

“The centrifuge’s surrounding walls and bulletproof glass wouldn’t protect us if one of those gondolas ever spun off,” explains Jack van Loon of the centrifuge team. “The glass is only there in case something like a nut or screwdriver gets left on the mechanism by accident.

“Of course, we have a strict maintenance cycle, checking on vibration and looking out for anything wrong with the motors, gearing and brakes, with visual checks made before each run. 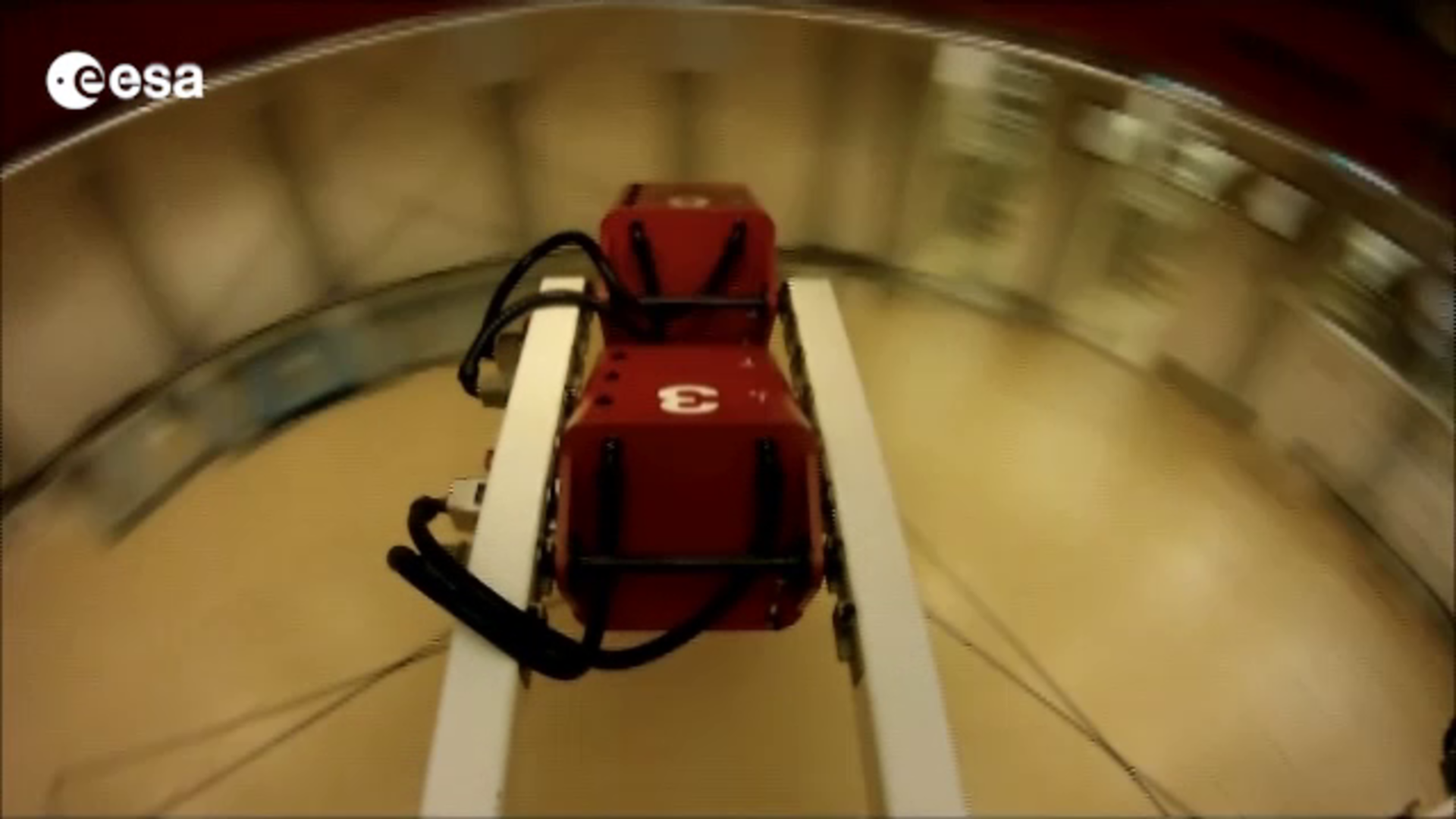 “Additionally, the centrifuge rests on a seismic block of heavy concrete, making sure its running doesn’t interfere with sensitive instruments in other nearby ESA labs.”

Based within a scifi-style white dome, the centrifuge has been a place of pilgrimage for European researchers for the last decade, including student experimenters on regular Spin Your Thesis campaigns.

Jack adds: “We have some internal ESA testing – for instance to simulate static g loads experienced on some foreign launchers for key satellite systems  – as well as a lot of academic teams, especially in the life and physical sciences, plus commercial experiments.”

Future internal studies will be looking at the behaviour of heat pipes and reactions wheels, used for satellite thermal and attitude control, respectively.

All the computers and associated equipment used in experiments also need checking, because their performance might be degraded too: computers may fail to cool down, standard microscope light sources have been known to flicker.

“Traditionally, scientists have taken the value of gravity for granted as a rigid, fixed number,” adds Jack. “But it isn’t: we’re able to manipulate and modulate the g term within an equation, which offers a lot of new approaches.

“For many years the scientific community maintained a central focus on microgravity, with the partial gravity of the Moon and Mars emerging as an interest in the recent years. But that’s a very human-centric approach, looking only at the planetary bodies people can inhabit.

“With this centrifuge, research teams can find out how systems respond across the entire spectrum of gravity, gaining a range of results they can use to validate models, observe the general direction of changes to varying gravity levels, then extrapolate higher or lower as needed.”

ESA decided to build the centrifuge to enlarge the array of research infrastructure it could offer the European research community, with the encouragement of the European Low Gravity Research Association and financial backing from the Dutch government.

In January ESA will celebrate the centrifuge’s first decade, giving the team the opportunity to hear from their user community on desired future upgrades and new research ideas.

Further ahead, a next-generation centrifuge has been proposed from an ESA Topical team study: measuring around 200 m in diameter, this “Human Hypergravity Habitat” would be big enough for people to live in a hypergravity environment for months on end. 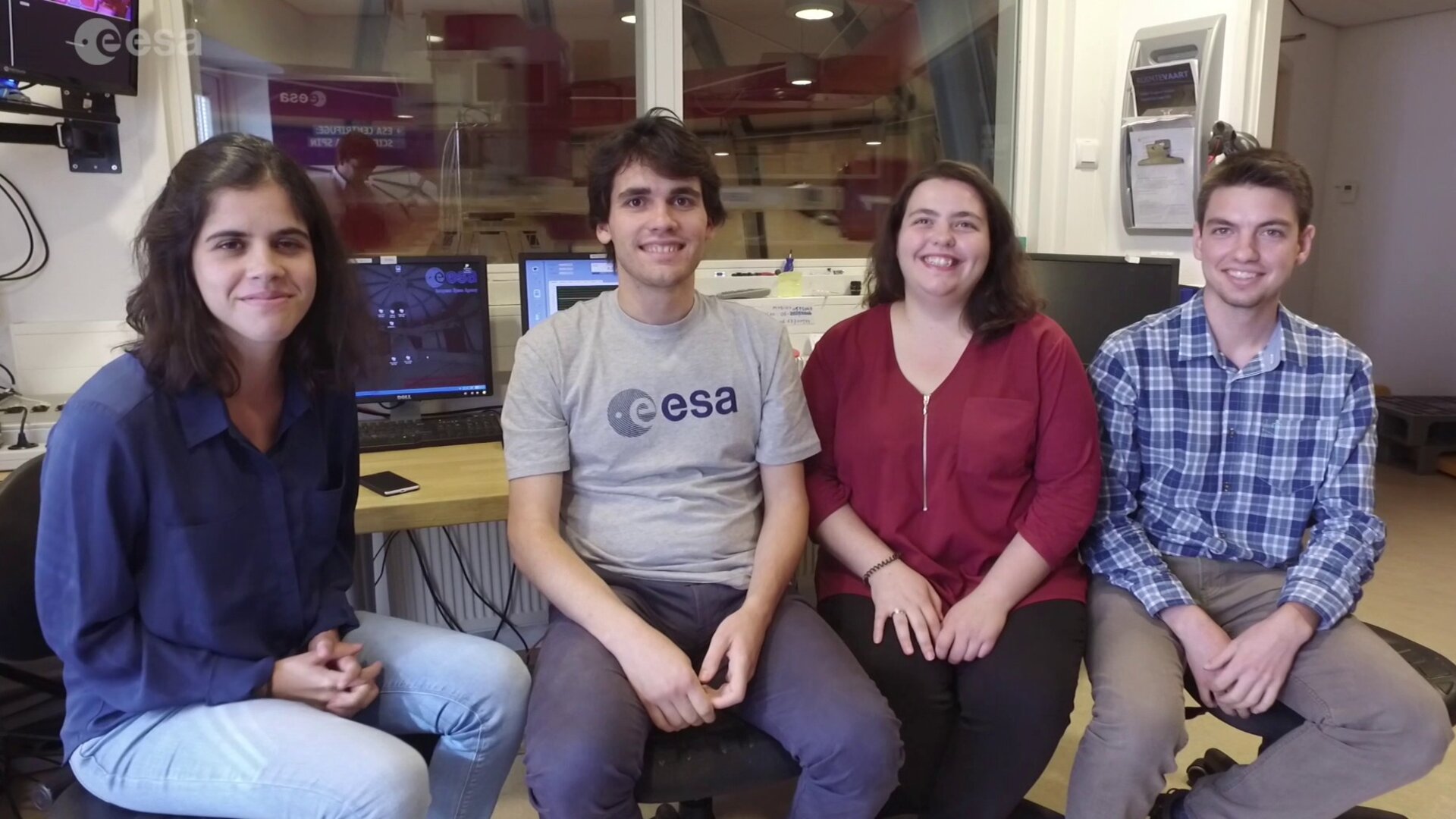