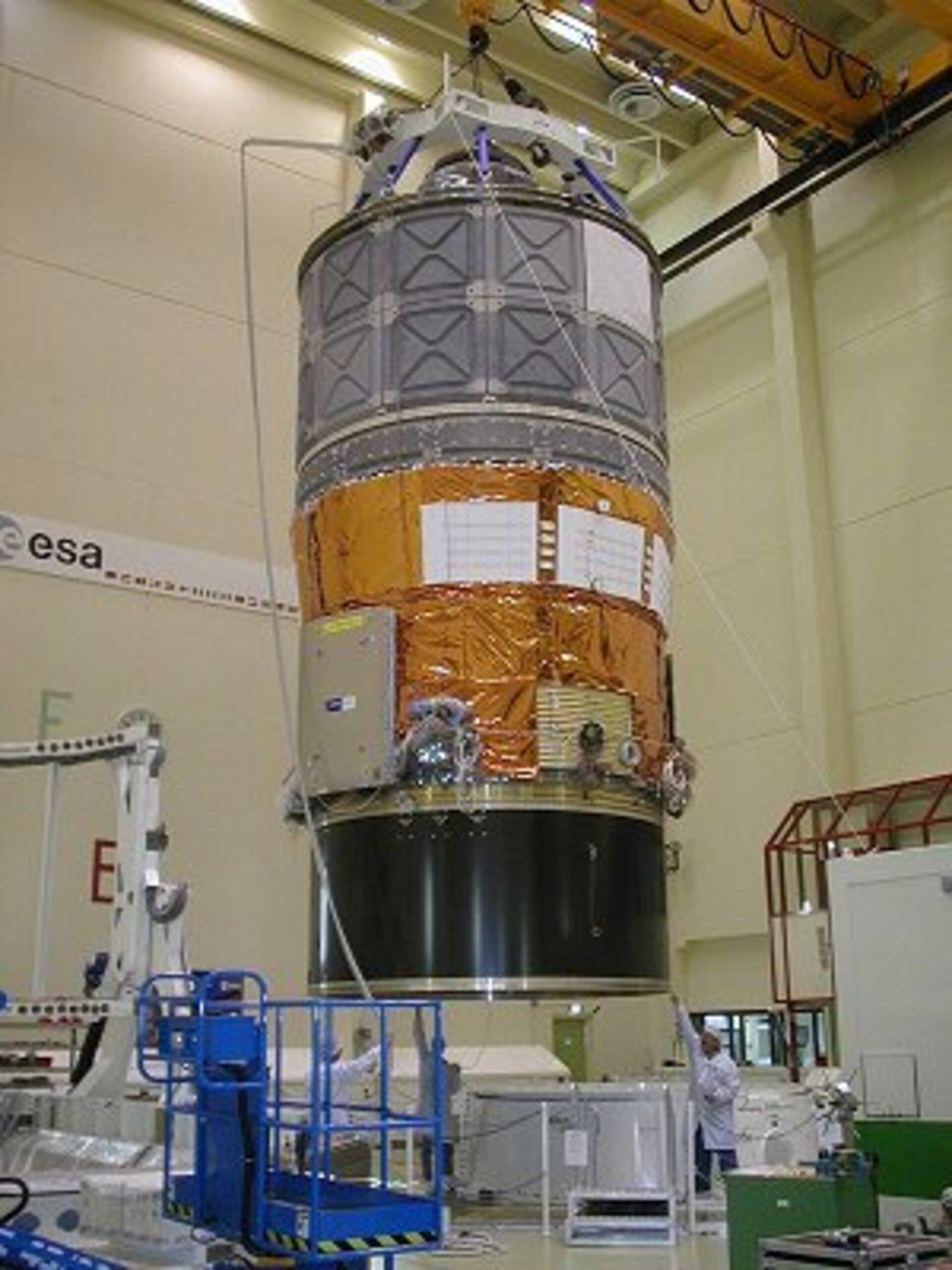 The space industry demands the most rigorous vibration testing in the world. The first two minutes of a satellite's space flight are the toughest, as it experiences the extreme vibration of launch. It is essential to test satellites and their component parts in advance of the launch to ensure they will not be shaken to pieces.

The multi-axis vibration test facility HYDRA complements the Electrodynamic shakers, increasing the spectrum of vibration testing available to ESTEC Test Centre customers. It is capable of generating vibrations equivalent to an earthquake of 7.5 on the Richter scale.

As with the Electrodynamic shakers, both design qualification and acceptance vibration tests are performed using HYDRA, in sine, random and shock modes.

It also has the capability to perform long and complex transient excitations made up of a series of brief single pulses which are less likely to cause damage to the test item. And compared to the other vibration facilities it can:

HYDRA is unique in being able to perform mechanical vibration tests at frequencies between 1-100 hertz in all axes of motion (translation and rotation) simultaneously. This allows engineers to test specimens along both the vertical and lateral axis with a single test set-up.

The test envelope that can be covered by HYDRA covers acceleration ranges from 20 milli-g to 3g in the frequency band 1-100 hertz. At frequencies above 20 hertz accelerations of up to 5g have been achieved.

Engineers designed and developed the vibration and control computer subsystem for HYDRA. It is based on online test value calculations for the control signal of the servo valves, taking the geometrical arrangement of the servo actuators and the test table into consideration. The processing power of the vibration and control computer is provided by 36 digital signal processors operating in parallel which interface with the operator through several PCs.

HYDRA's ability to perform long and complex transient excitation has been used for aeronautic tests by Airbus teams. This six degrees of freedom transient testing is expected to lead to significantly lower test loads than is currently the case. It can be implemented as soon as satellite programmes are ready to apply this new test method.