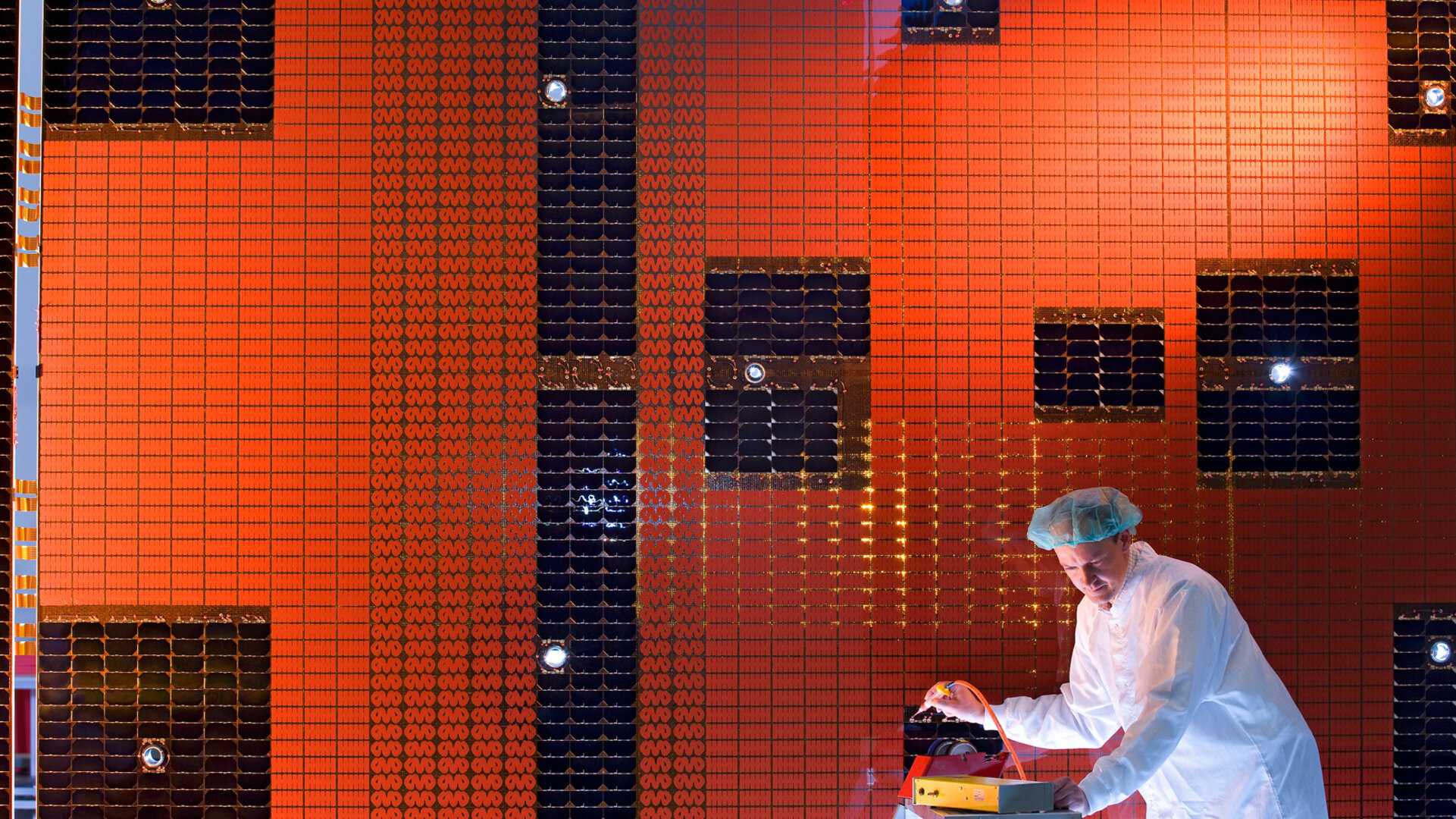 ESA will bring its decades of solar cell experience to a global gathering later this year of thousands of photovoltaic experts, discussing all aspects of solar energy’s transformation into a major world energy source.

Photovoltaics are predicted to be supplying close to 3% of worldwide electricity demand by 2020, with Europe leading the way. This year, the EU is on course to surpass its own 2020 target of 84 gigawatts of photovoltaic systems installed, some six years early.

The actual overall power generated in this way is quite modest – a few megawatts for all the space missions combined, compared to many gigawatts of solar energy back on Earth – but historically the space sector has been a major driver of photovoltaic technology, up to and including the latest 30% efficient multijunction solar cells.

And space-based solar power enables the space systems all of us depend on, from telecommunications to weather forecasting, navigation to environmental monitoring, so its continued reliability is essential.

Space solar cells are therefore designed with reliability foremost in mind, based on their ‘end of life’ performance – how efficiently will they go on producing power after many years in the hostile environment of orbit?

In 2012 ESA began a new technology initiative called Space for Energy, intended to promote synergies between space and the terrestrial energy sector, with photovoltaics prominent among them.

So how might specialist space industry experience benefit future photovoltaic development? Along with underlying technology development, one of the space sector’s most valuable areas of expertise is in the field of photovoltaic reliability, through rigorous lifetime testing.

The European Photovoltaic Solar Energy Conference and Exhibition in Amsterdam on 22–26 September, will include a dedicated session on photovoltaics for space. Thousands of photovoltaic experts are expected to attend the event, organised by the European Commission’s Joint Research Centre with the support of key industrial and international bodies, including ESA.

For detailed information on the event, visit its website.

In order to stave off global climate change, the International Energy Agency has highlighted the pressing need to achieve ‘major decarbonisation’ of our energy sources in the century ahead.

As a responsible global actor, ESA seeks to play its part through its cross-cutting Space and Energy initiative, encouraging synergies with space and terrestrial systems in areas including energy storage, hydrogen storage, thermal control, robotics, life support and recycling, technology, remote sensing and space weather – serving to protect susceptible infrastructure such as pipelines and energy grids from the effects of solar storms.

Space services also have a role to play in the monitoring of two-way ‘smart grids’ through which highly secure data will flow along with power, with customers contributing power as well as consuming it.

Through Space and Energy, ESA is forging partnerships with institutional and commercial partners to apply the lessons of space operations down to Earth.