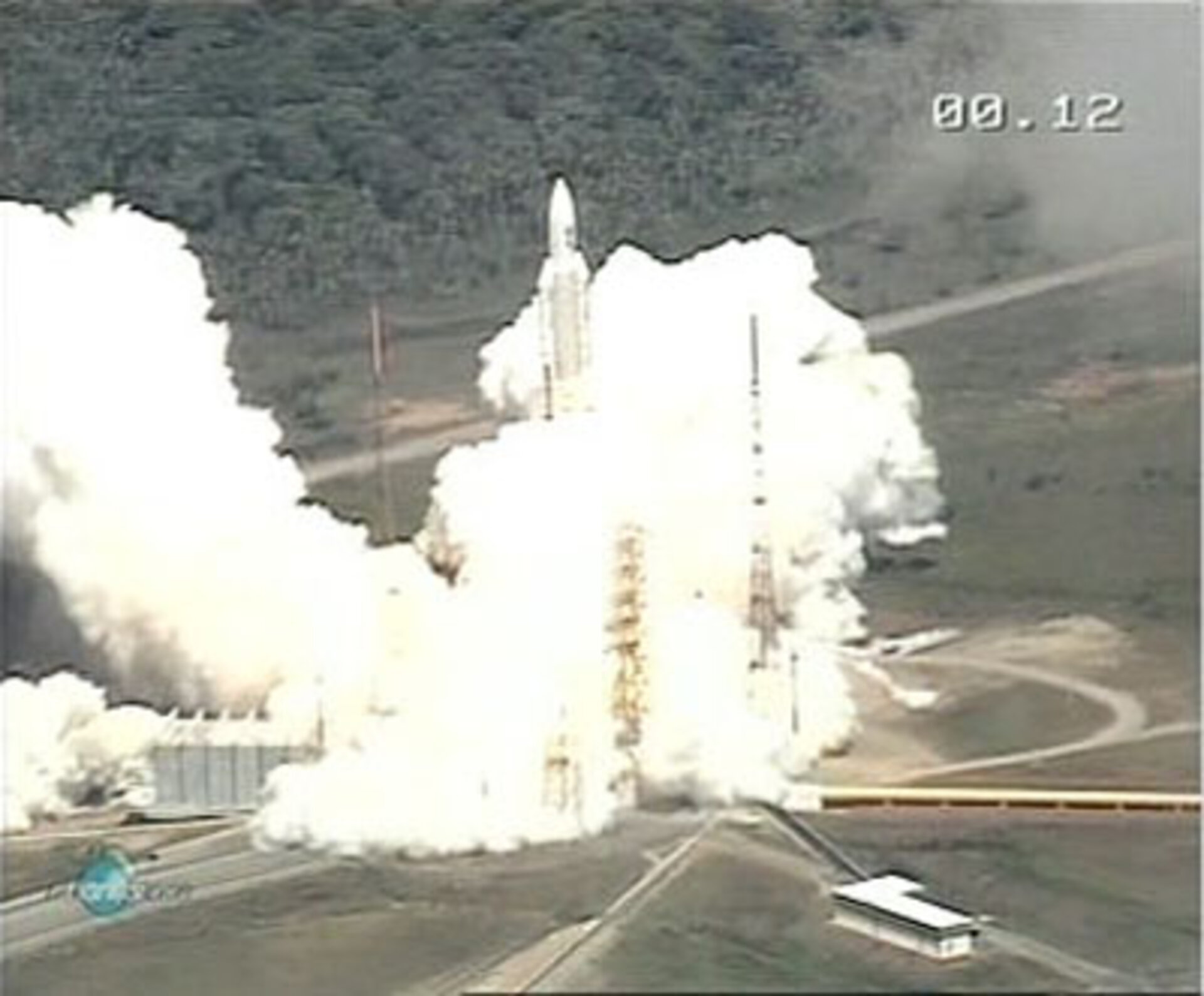 It is a launcher's job to carry satellites into space, far enough away from the Earth to ensure that they are not pulled back into the Earth’s atmosphere, where they would burn up on re-entry.

Weight is all important. The heavier the payload the more fuel the launcher must carry to ensure liftoff; but more fuel means bigger tanks and yet more weight. A delicate balance has to be sought between weight and fuel to ensure that the launcher has enough fuel to create the power needed to reach the orbit required by its payload before the launcher falls to the ground.

For this reason most launchers have a number of stages and each stage falls away once it has fulfilled its purpose. This makes the launcher progressively lighter so that it requires less fuel.

Huge 30-m tall boosters are attached to either side of the first stage of the Ariane-5 launcher to increase the thrust at liftoff. Each booster contains approximately 230 tonnes of propellant. Tremendously powerful engines are needed to ensure liftoff and even though they work for only 2 to 3 minutes, they need a great deal of fuel.

The launcher lifts off vertically and after approximately five seconds banks progressively towards the east to put it into geostationary transfer orbit. It takes about 2 minutes to reach a height of around 60 km, at which point the two boosters separate and fall into the sea.

The main stage burns for about 12 minutes. During this time the launcher continues its ascent in preparation for the horizontal trajectory which is handled by the upper stage. As the launcher is now above the Earth’s atmosphere the fairing, which protected the satellites, is no longer needed and is jettisoned.

It is during upper stage burnout, which lasts approximately 13 minutes, that the launcher reaches its highest velocity of around 8 km per second. At this point the launcher’s upper stage engine is cut and the computer on board the launcher commands the satellites(s) to spin on their axis. This puts them into the correct position to continue their journey into space alone.

The launcher is steered from the ‘brain’ in the Vehicle Equipment Bay, placed above the cryogenic main stage. It is here that data is stored on position, velocity and acceleration so that the onboard computers can estimate in real-time the best trajectory and make any necessary corrections.

Once the satellite or satellites are on their way, the upper stage is sent into what is called ‘cemetery orbit’ where it can do no damage to other orbiting satellites and vehicles.