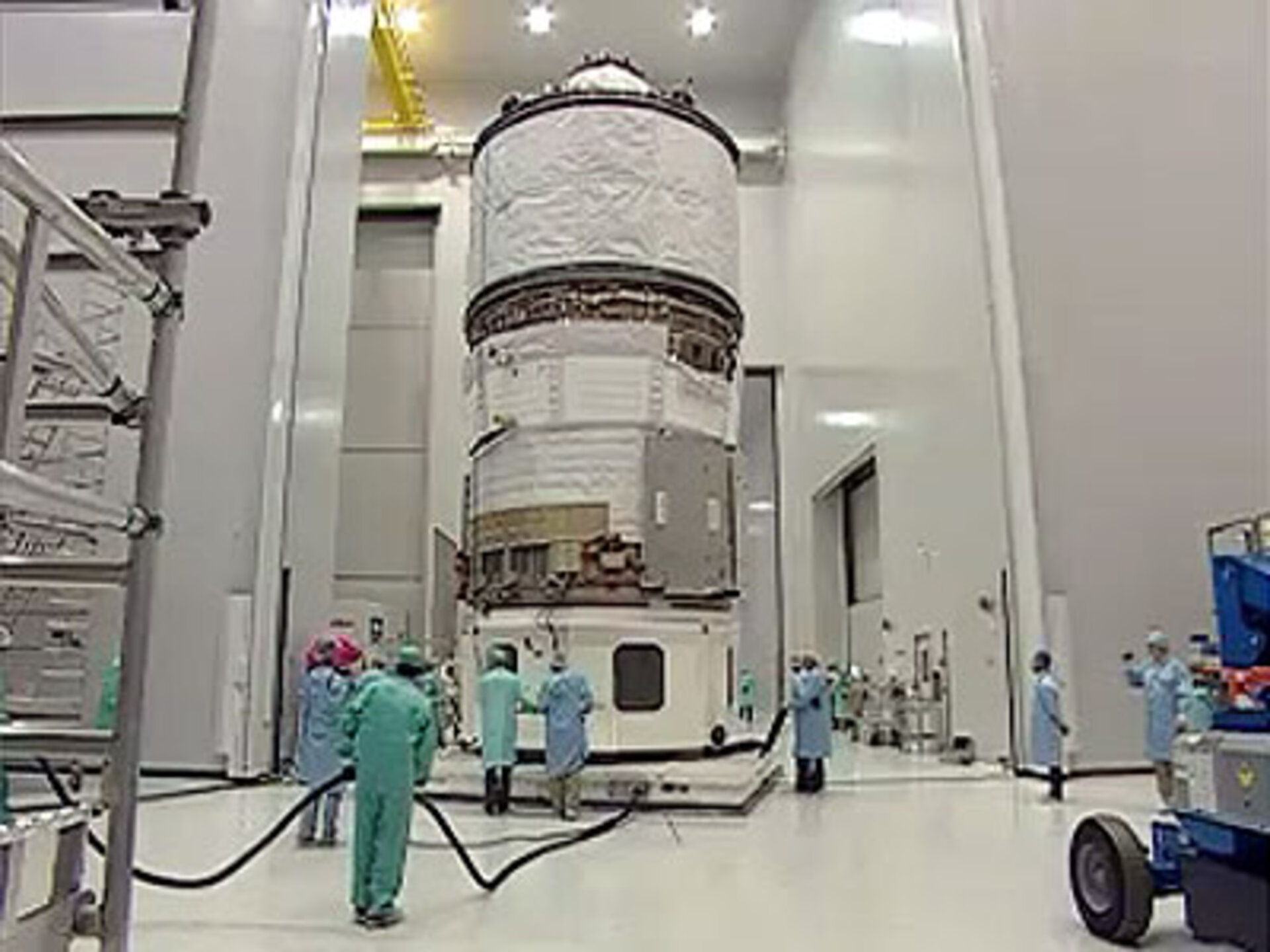 ESA’s Automated Transfer Vehicle (ATV) relies on the most complex software ever conceived in Europe – more than a million lines of code - with multiple levels of redundancy. At a mass of nearly 20 tonnes, the vehicle is the heaviest and largest ever built in Europe and to be launched by an Ariane 5.

The 48 cubic metre pressurised cargo module gives the ATV a capacity three times greater than existing space freighters. Its racks can be packed with more than 1300 kg of food, clothes, and equipment.

Reservoirs can carry several hundred litres of drinking water and gases. Other tanks are loaded with important quantities of propellants. Astronauts will unload the cargo at their leisure, and use it as a storage area. Unwanted items and refuse placed inside will burn up when the vessel re-enters the Earth's atmosphere at the end of its mission.

Other ATVs will follow. The five scheduled between now and 2015, will be crucial elements of the ISS, particularly after the last Shuttle flight in 2010. And future versions of the spacecraft are already on the drawing boards.

The ATV Programme represents an investment of some 1.3 billion Euros since 1995, to the benefit of European industry. Under the direction of ESA and prime contractor EADS Astrium, engineers throughout the continent have contributed to this new generation spacecraft.