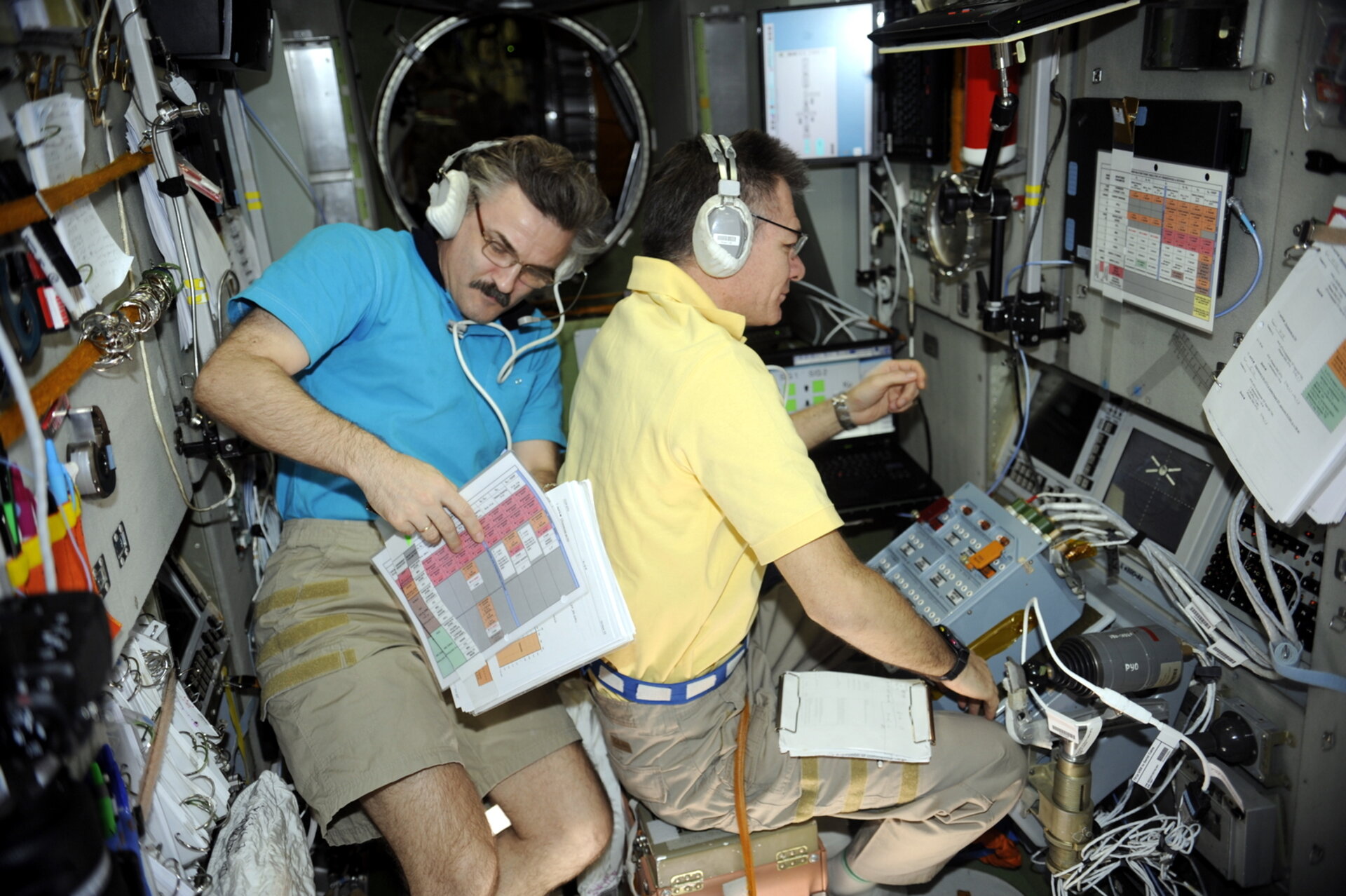 Astronauts are not involved in piloting ATV but they carefully monitored its performance from inside the Russian Service Module on the Station. They could interrupt the spacecraft's approach at any moment if they thought their safety was at stake.

Besides its fault tolerant design, ATV controllers in Toulouse monitored ATV by telemetry. The astronauts were additional, independent monitors, but they relied only on a limited number of parameters, mainly related to the spacecraft's position in relation to the Station.

As soon as a radio communication link was established between the unmanned ATV and the Space Station, at a distance between 40 and 50 km, ATV telemetry was displayed to the astronauts. They could initiate the Collision Avoidance Manoeuvre to move the 20-tonne spaceship away from the Station, in the remote case of an anomaly or malfunction.

At a distance of approximately 250 m, during the last half hour of the approach, the astronauts actively checked if ATV was behaving normally using a video system. After receiving authorisation from the astronauts, controllers at ATV-CC commanded ATV to cover the last few metres. The crew carefully checked the ATV's slow-motion approach towards the Station. Should ATV not stay within the virtual approach funnel they could reject it.

To carefully monitor the operation, astronauts used a video screen and a 16-button control panel. Since there was no window to view ATV directly, the astronauts relied on a simple and robust system using two zoom modes of a video camera and an optical alignment device on the front cone of ATV. The crew could monitor, through the video screen, ATV's position and attitude. Essential telemetry data from ATV was also displayed on the screen.

The astronaut's surveillance role was important during this critical moment because they could intervene in the unlikely case of a failure. ATV systems ran automatically. At the same time on the ground, the ATV-CC Flight Director could interrupt the approach of ATV, even if the astronauts did not see any showstoppers. Flight controllers had access to more parameters to analyse ATV's behaviour and performance.

The crew could interrupt ATV's approach in four different ways: HOLD, RETREAT, ESCAPE or ABORT, depending on the type of anomaly.

The main action to be taken by the crew in case of failures occurring at distances further away than 20 m was to report to mission controllers. The spacecraft would still far away enough for ground controllers to take the best decision.

At distances closer than 20 m, the astronauts could send ATV away using the ESCAPE mode if the spacecraft moved outside its approach corridor or in case of problems with the safety system. ABORT had the same effect as ESCAPE but used independent software and hardware. It was to be used as a last resort should the main ATV computers or piloting hardware fail completely.

If there was a serious problem during rendezvous, the crew could act as a last level of safety. Any off-nominal scenarios would be automatically handled by any of the four layers of safety which were implemented - onboard and on ground - for the highly automated ATV.

Astronauts aboard the International Space Station were an extra layer of safety to existing ones. The other four layers included independent monitoring systems and software on ATV and on ground, surveillance and reactions from flight controllers.

After capture by the Station's docking mechanism, the docking seal was tightened and electrical and fluid connections set up. Following several checks, astronauts opened the hatches and entered ATV's pressurised cargo section. The European cargo vehicle was then an integral part of the International Space Station and remained attached for up to six months.

The transfer of dry cargo, contained in bags, drawers and racks, was handled by the astronauts, supervised by Mission Control in Houston, USA. The cargo could contain maintenance supplies, science hardware, parcels of fresh food and personal items such as letters from family.

Up to two astronauts could work at a time, unloading supplies and conducting experiments, while the hatch remained opened during the whole time ATV was docked.

Air loaded on ATV, was released manually by astronauts from the Cargo Carrier into the Station cabin through the hatch. Fresh water was carried from Earth, and liquid waste from the Station was transferred by valves and flexible hosepipes. Liquid waste could also be loaded with foldable plastic containers. Astronauts steadily filled the cargo section with Station waste and material that was no longer used.

ATV's propellant tanks were connected automatically at docking to the Station's own plumbing and the contents transferred.

During the attached phase, the crew's only task was to perform hands-on transfer activities; they were not responsible for reboosting, attitude control or refuelling management.