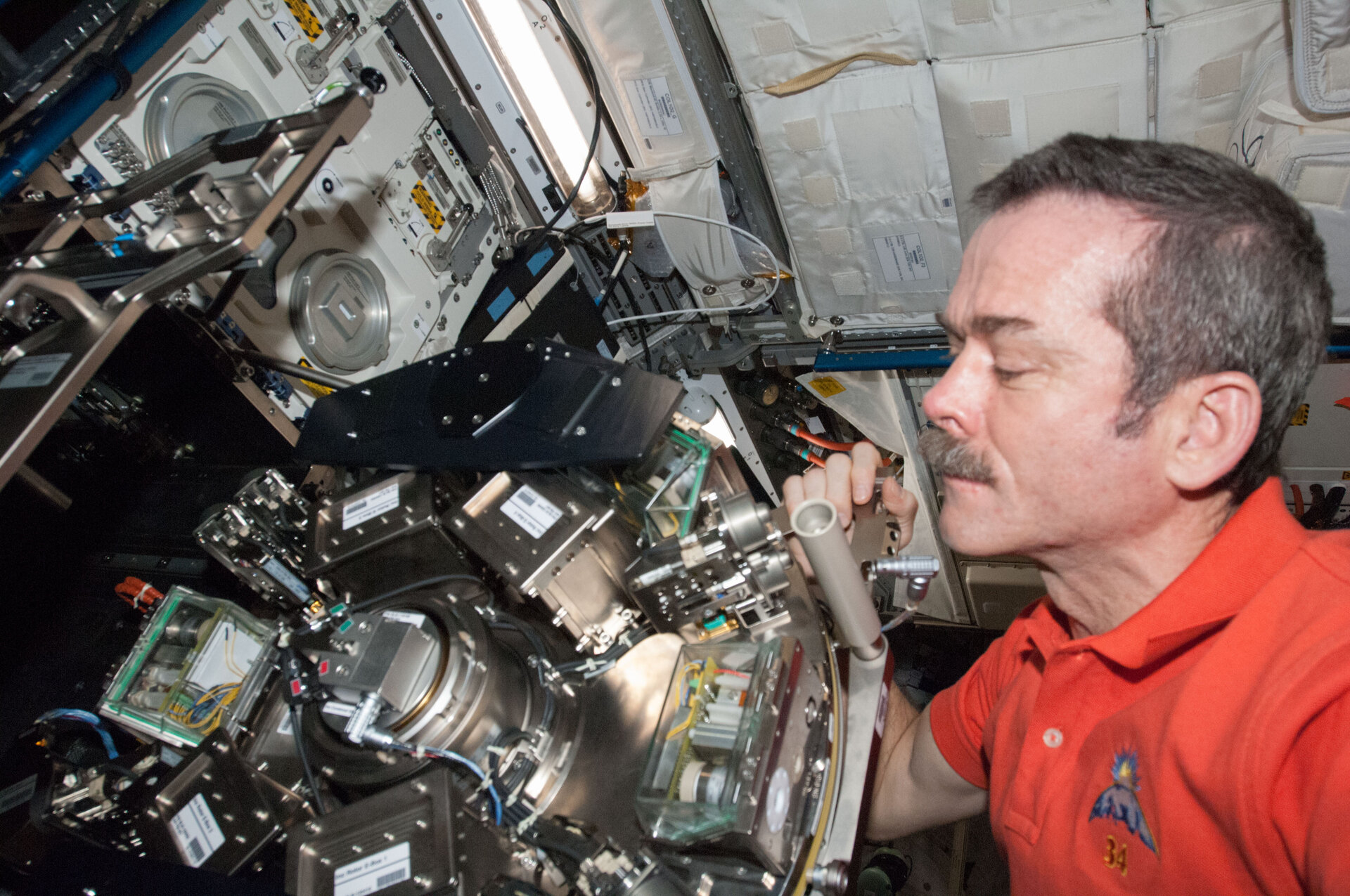 Biolab is an experiment workstation tailored for research on biological samples such as micro-organisms, cells, tissue cultures, plants and small invertebrates.

The unit features a centrifuge that creates simulated gravity to compare how samples react to weightlessness and artificial gravity.

Here, Chris is replacing the drive belt that powers the centrifuge. He used Twitter to send the picture last week.

Scientists can follow the experiments on Earth and receive data from early sample analysis. Many operations are automated, allowing astronauts to work in other areas while an experiment continues for up to three months.

NASA astronaut Reid Wiseman replied to Chris’s space-tweet thanking him for fixing Biolab, since Reid had just finished his training on the ground to use the facility in space next year.

Scientific experiments on the International Space Station involve scientists from all over the world and are conducted by astronauts regardless of their affiliation.