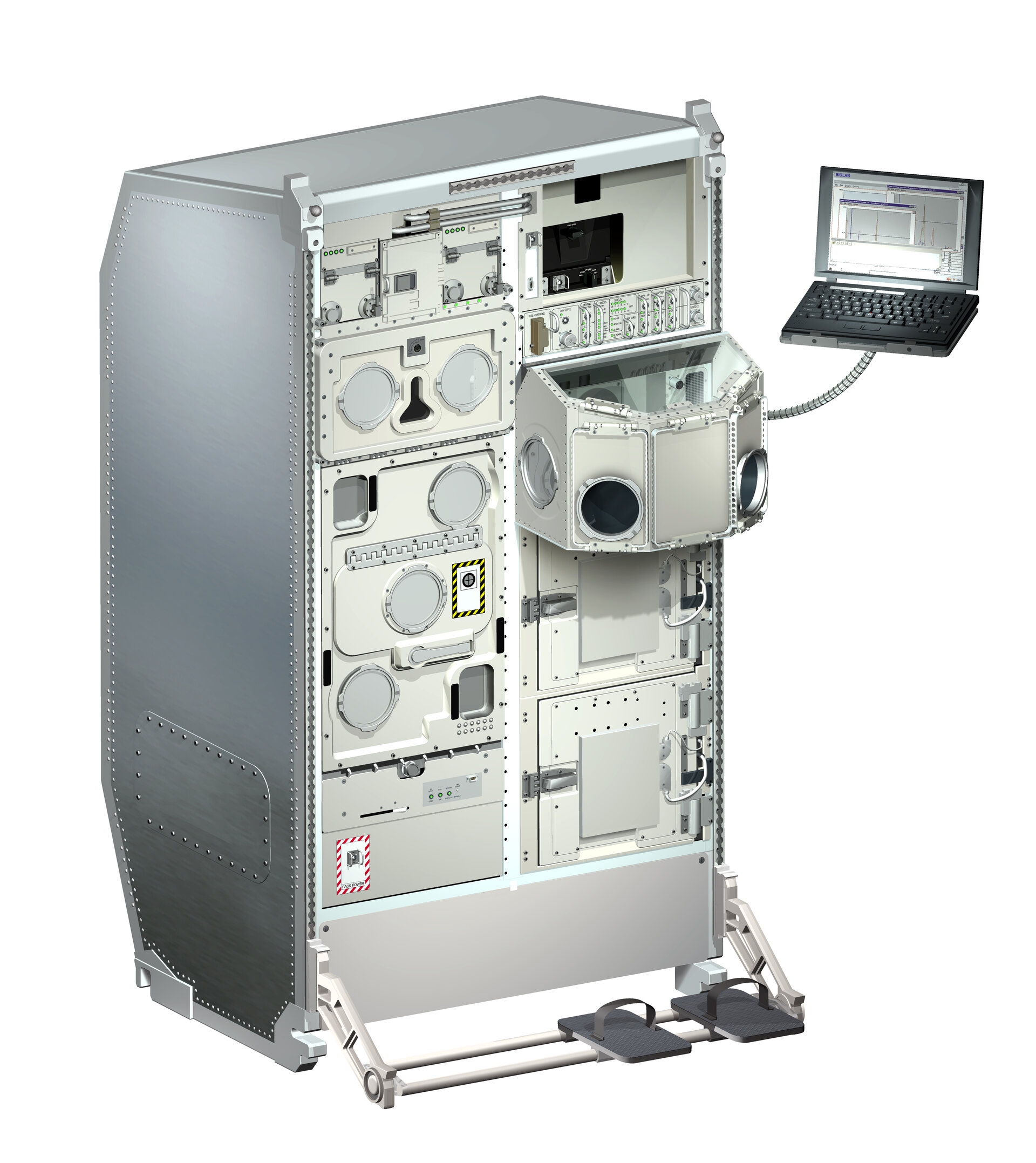 Biolab supports biological experiments on micro-organisms, cells, tissue cultures, small plants and small invertebrates. Performing life science experiments in space identifies the role that weightlessness plays at all levels of an organism, from the effects on a single cell up to a complex organism including humans.

Biolab was launched inside the European Columbus laboratory. Standard experiment containers and vials are transported separately by cargo ferries such as the European Automated Transfer Vehicle, the Russian Progress vehicles or commercial vehicles.

The biological samples, together with their ancillary items are transported from the ground to Biolab in experiment containers or in small vials. The latter case applies if the samples require storage prior to use, in the Station's Minus Eighty Laboratory Freezer.

On-orbit, experiment containers are inserted into Biolab for processing, whereas frozen samples are first thawed-out in the Experiment Preparation Unit installed inside the BioGlovebox. Once this manual loading is complete, the automatic processing of the experiment is initiated by crewmembers.

Experiments are undertaken in weightlessness but also under simulated gravity in a 1g centrifuge, to compare results. A ground reference experiment is performed as well at the Facility Responsible Centre.

During processing of the experiment, the facility handling mechanism transports the samples to the facility's diagnostic instrumentation, where, through teleoperations, a scientist on the ground can participate in the preliminary analyses. A typical experiment can run from from one day to three months.

Biolab was launched on board Space Shuttle Atlantis with the Columbus laboratory on 7 February 2008. Since then the facility is accessible to the scientific community.