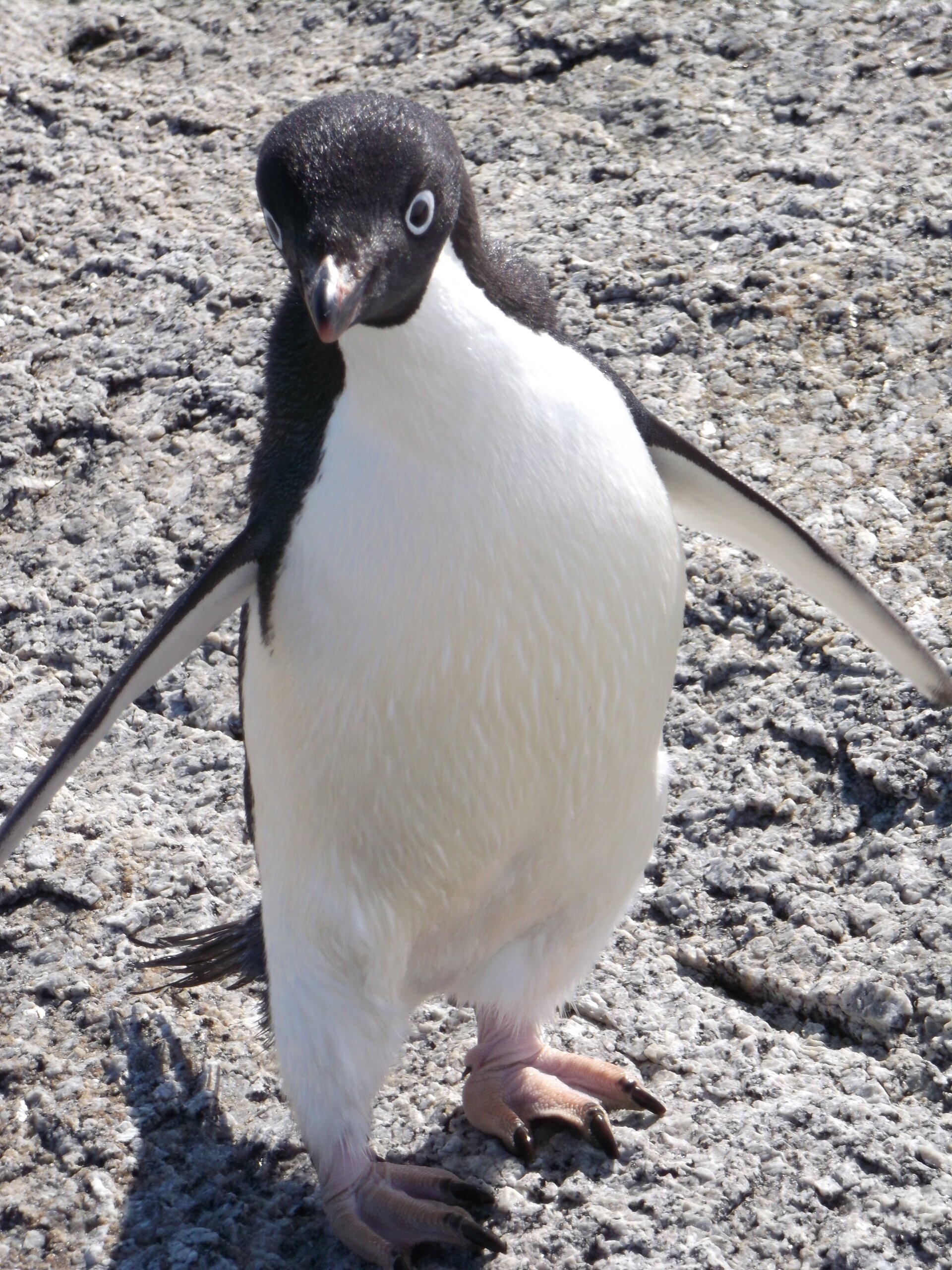 This Adélie Penguin is not from outer space but its nearest equivalent on Earth: Antarctica. The penguin was photographed at Terra Nova Bay, Antarctica by ESA-sponsored medical research doctor Vangelis Kaimakamis on one of his stopovers on the long voyage to Concordia research station in the heart of the white continent.

His voyage took him from Greece to Germany, Singapore, Australia and New Zealand before arriving at McMurdo base in Antarctica. From there he transferred to the Italian Zucchelli Station at Terra Nova Bay, where weather grounded him for a week.

The Adélie Penguin may have been one of the last animals Vangelis sees during his 10-month stay at Concordia because no living being can survive the harsh conditions there. With temperatures as low as –80°C, no outside help can be flown in during the winter and even the Sun does not rise above the horizon for four months.

The closest base to Concordia is the Russian Vostok outpost, some 600 km away. In comparison, the International Space Station is closer to civilisation – astronauts can escape in an emergency and land in under four hours.

Concordia is one of the most isolated place in the world, not unlike a martian outpost. During the Antarctic winter, a skeleton crew of 15 researchers and technicians will keep the base running in the name of science at the end of the world.

Vangelis will run experiments on how people adapt to the stress of living in close isolation. The research this year will be as diverse as studying how the crew’s body posture changes and which materials are more resistant to bacterial growth.

This is one of the many ways ESA is studying human physiology and psychology in preparation for future long missions beyond Earth.

Follow the science and daily life of the Concordia crew as they experience the dark cold of Antarctica on the Chronicles from Concordia blog.