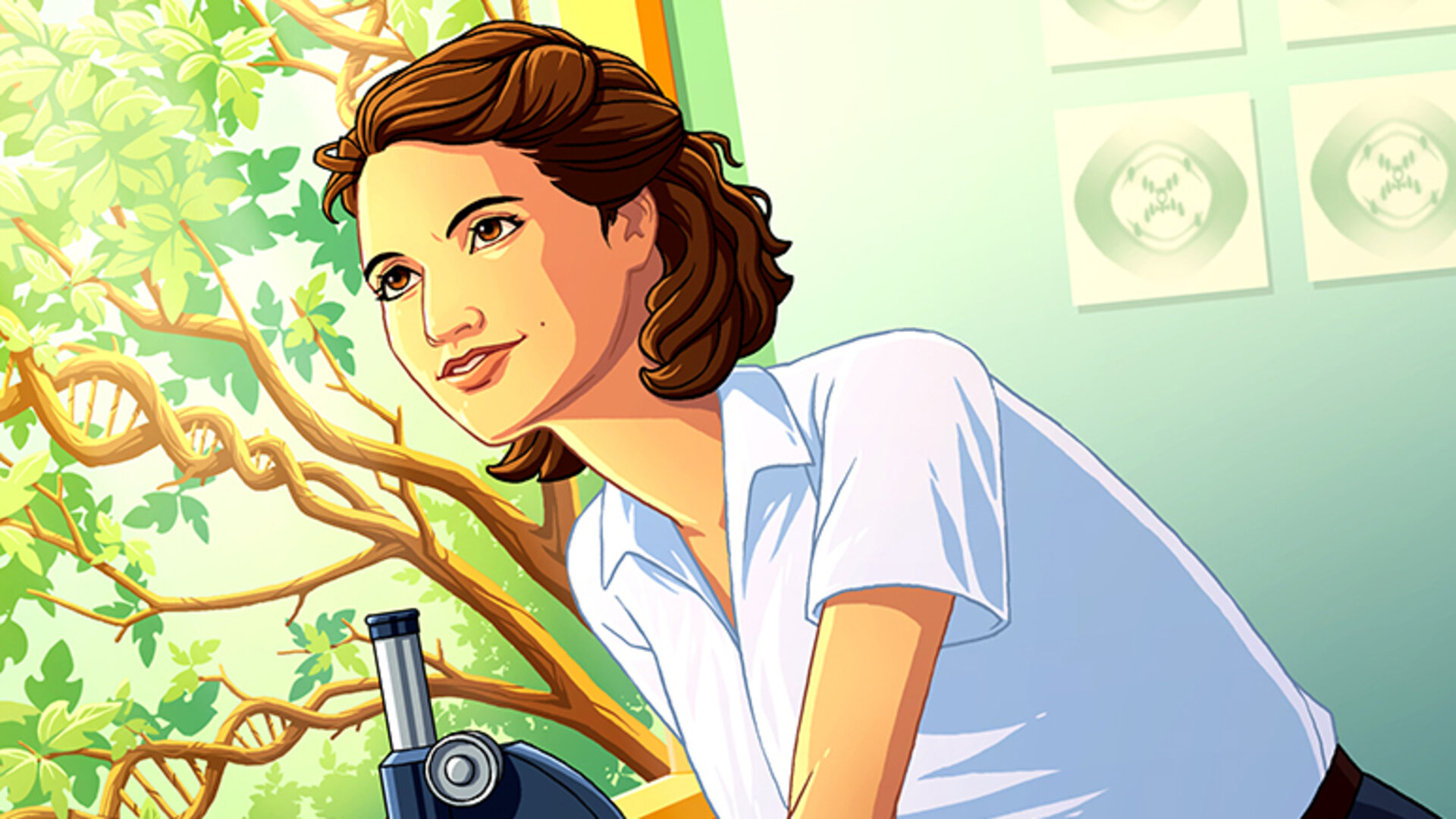 If Rosalind Franklin had had a birthday wish, she probably never would have dreamed of having her name roving on Mars.

As the world celebrates the 100th anniversary of the prominent scientist behind the discovery of the structure of DNA tomorrow, the ExoMars rover named after her prepares to leave her symbolic footprint on the Red Planet.

The robotic explorer will drill down to two metres into the martian surface to sample the soil, analyse its composition and search for evidence of life buried underground. The mission is set for launch in 2022.

Rosalind Franklin was a leading crystallographer, who looked into how atoms are arranged. She produced the “best double helix image of DNA strands with X-rays, and that transformed our world, leading to the biggest advance in biology in the past century – DNA technology,” says Jim Naismith, director of the Rosalind Franklin Institute, a national research centre for life sciences in the UK.

“She was not an undiscovered gem in her time, but a really influential scientist for her pioneering work in viruses. We regard her as the first structural biologist of viruses,” adds Jim.

The scientists working to send ESA’s Rosalind Franklin rover to Mars do not expect to find either DNA or viruses on our neighbouring planet. “DNA molecules and viruses are probably too fragile to last for four billion years on the ground,” explains Jorge Vago, ESA’s ExoMars project scientist.

“But we hope that our rover will help write a new page in Mars exploration by allowing us to study organic molecules at depth, and perhaps find some suggestive traces of past life,” says Jorge. 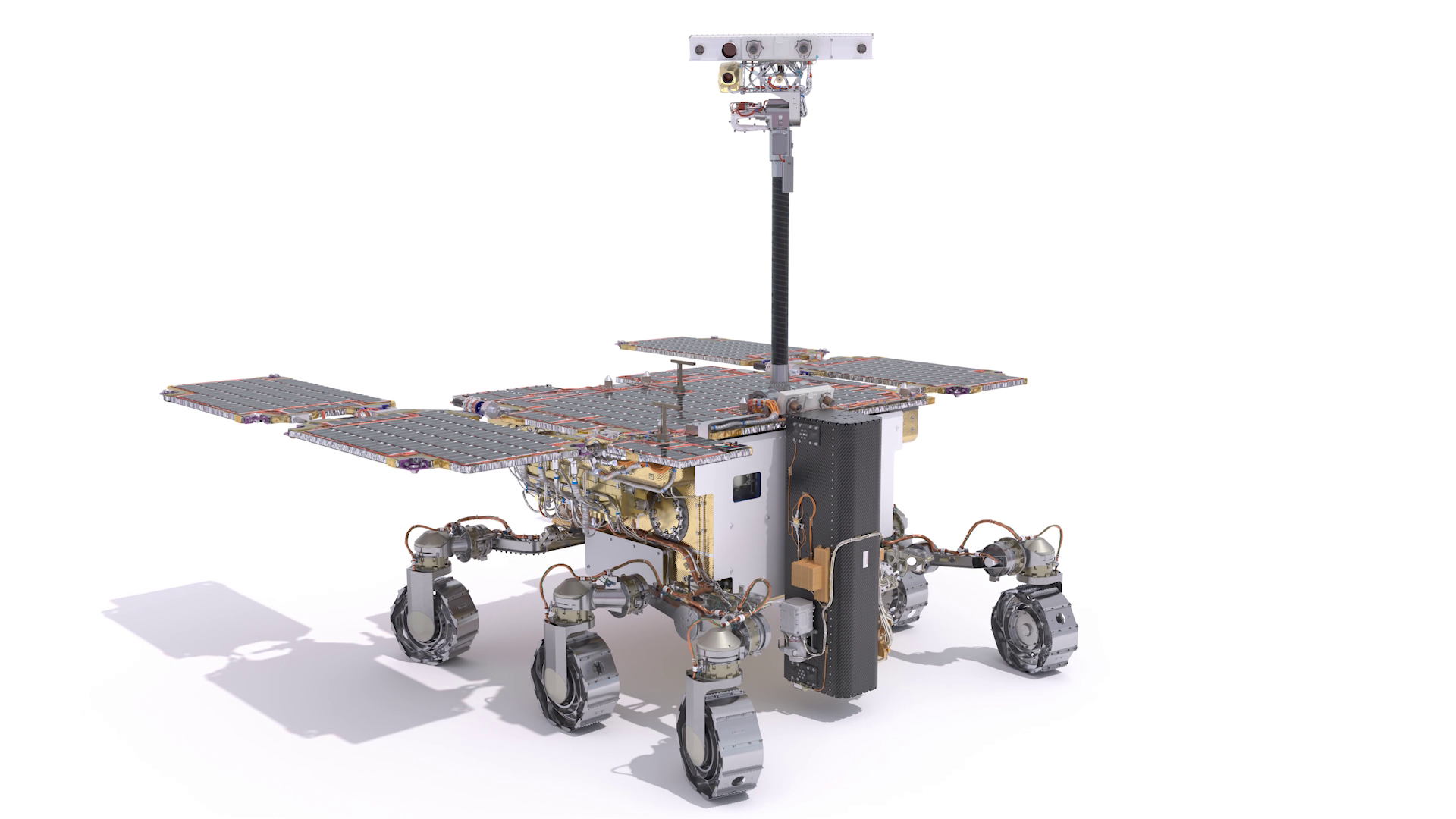 The woman behind the DNA

Rosalind Franklin’s legacy lives on a hundred years after her birth on planet Earth. Born on 25 July 1920, her family is touched by the worldwide recognition of her scientific work.

“Many people have this vision of a solitary woman who was robbed of a Nobel Prize and was never acknowledged for helping discover the structure of the DNA helix,” says her niece, also named Rosalind Franklin in her memory.

She is committed to fighting off that conflictive image and representing her legacy “bringing her out as a woman with a place in history. She inspires me to think that all of us, as individuals, have the power to make a difference.”

Dr Franklin was on a trip to America when she had difficulty fastening her skirt over her swollen stomach – the first sign of an advanced ovarian cancer. She died two years later at 37 years old, working almost to the very end of her life.

A series of online talks and events, including a commemorative coin, is underway around the globe to celebrate the centenary of this “woman of integrity who went after scientific discovery for the betterment of humankind”, as her niece described her from her home in California, US.

Rosalind believes her aunt would have loved the ExoMars team spirit. “The work of ESA engineers on the rover struck me – they really do it for the results, not for themselves. This is what Rosalind Franklin was all about: commitment and dedication to science,” she said after a visit to ESA’s technical centre in the Netherlands last year.

The scientist “never conceived science as a race for awards.”

As Mars exploration prepares for an international reawakening this year, the ExoMars mission that would have marked Dr Franklin’s centenary had to be postponed because tests to make all components of the spacecraft ready for the Mars adventure needed more time to complete.

On top of that, the coronavirus pandemic has halted the completion of several tests and verifications since March 2020.

The fitness of the Rosalind Franklin rover to launch to the Red Planet in 2022 is currently being assessed during the qualification and acceptance review by ESA and dozens of industrial partners.

The rover successfully proved it can endure martian conditions during the environmental test campaign completed earlier this year in Toulouse, France.

The flight model awaits a more robust set of solar panels at Thales Alenia Space in Turin, Italy. In the same city is a full-scale model of Rosalind Franklin.

A team of engineers will simulate the roaming of the laboratory on wheels from the Rover Operations Control Centre (ROCC) at ALTEC, right next to one of Europe’s largest Mars yards.

While the ExoMars rover tunes up its gear and software for the challenges ahead, parachute tests are expected to resume in October in Oregon, US.

Further tests on the electrical and mechanical elements of the spacecraft will take place in Cannes, France, also in the autumn.

The ExoMars programme is a joint endeavour between the Roscosmos State Corporation and ESA. Apart from the 2022 mission, it includes the Trace Gas Orbiter launched in 2016. The TGO is already both delivering important scientific results obtained by its own Russian and European science instruments and relaying data from NASA’s Curiosity Mars rover and InSight lander. The module will also relay the data from the ExoMars 2022 mission once it arrives at Mars.