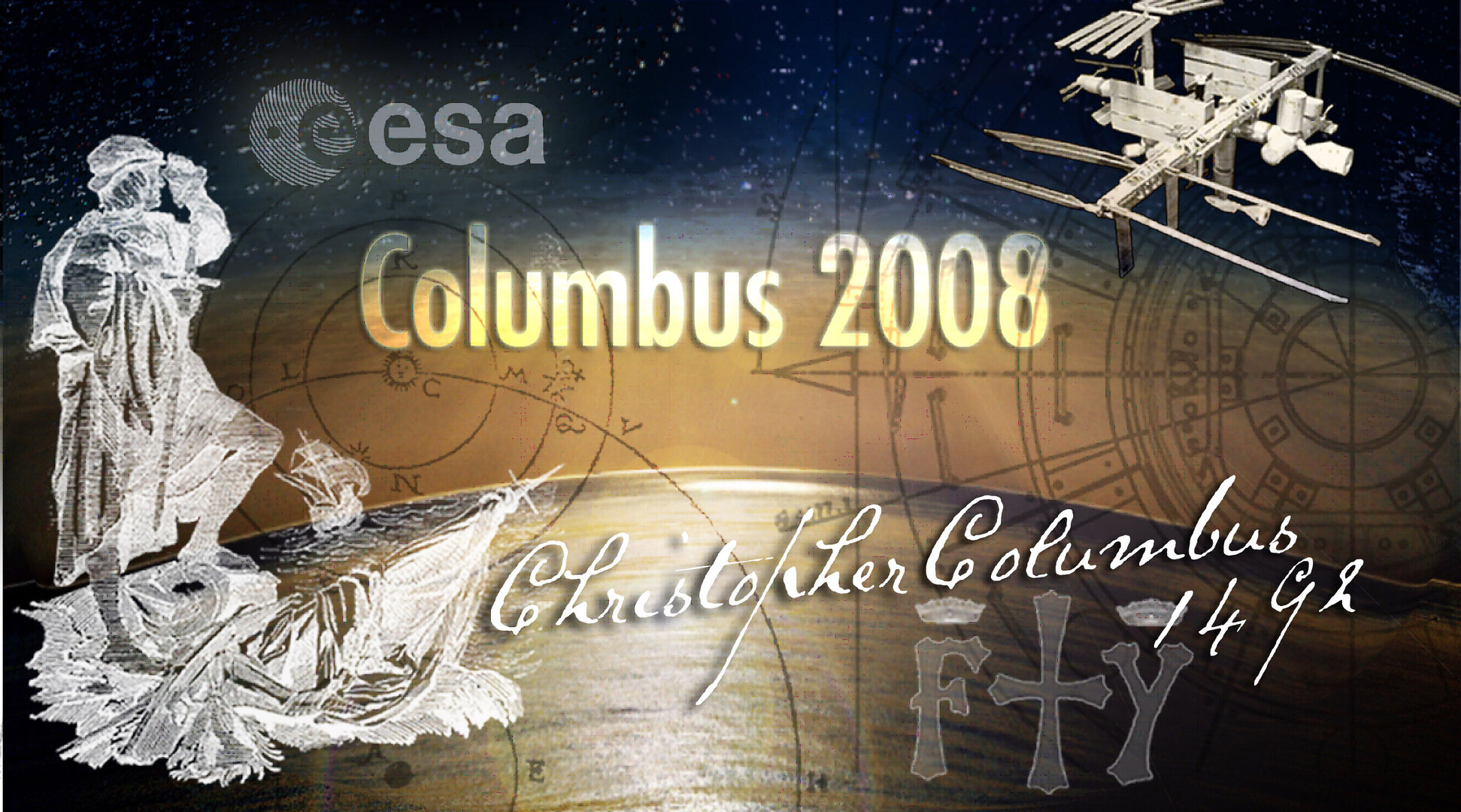 Almanac – an annual publication containing tabular information in a particular field often arranged according to the calendar. Astronomical data and various statistics are also found in almanacs.

Anaemia –. A condition in which the capacity of the blood to carry oxygen is decreased because of too few red blood cells.

Combustion – the process of burning.

Cargo bay - a compartment (of the Space Shuttle, in this case) that is set off for carrying on goods or loads.

Compass - an instrument for determining directions, as by means of a freely rotating magnetized needle that indicates magnetic north.

Dead reckoning - a method of estimating the position of a ship without astronomical observations. Applying to a previously determined position the course and distance travelled since. Used by Columbus and most sailors of his time.

Ensign - a flag or banner, as a military or naval standard used to indicate nationality.

Gravitational force - the force which attracts massive particles towards one another. It is the force that makes things fall to the ground.

Land mass – a country or piece of land seen after travelling on the water.

Launches - to send out a ship or boat or a rocket.

Life Support System – (in the context of human spaceflight) the elements that allow a human being to survive in outer space.

Microgravity- a condition almost equal to weightlessness, as on board the ISS.

Micro-organisms - a living thing which on its own is too small to be seen without a microscope.

Module - any of the individual, self-contained segments of a spacecraft, designed to perform a particular task.

Natives - relating to the first people to live in an area.

Orbit - the path described by one body in its motion around another. The path of a body in space under the influence of gravity.

Plot - to make marks to show the position, movement or development of something, usually in the form of lines or curves between a series of points on a map or piece of paper.

Pseudonym – an artificial, fictitious name used by an individual as an alternative to a person’s legal name.

Satellite – an object orbiting around a planet. The Moon is a natural satellite, the ISS an artificial one.

Science - The systematic study of the structure and behaviour of the physical world, especially by observing, measuring and experimenting, and the development of theories to describe the results of these activities.

Scurvy - A disease caused by deficiency of vitamin C, characterized by spongy and bleeding gums, bleeding under the skin, and extreme weakness.

Space agency – An organization that draws up activities related to space and carries them through.

Solidification – The process of becoming solid.

Technology - knowledge about the means and methods of producing goods and services.

Tissue cultures - a group of connected cells in an animal or plant that are similar to each other.

Transverse board (toleta) – speed and distance was measured every hour (on Columbus’s ships). The officer of the watch would keep track of the speed and course sailed every hour by using a transverse board. This was a peg-board with holes radiating out from the centre along every point of the compass.

Weightlessness –the condition that occurs in free fall, when weight is not sensed.