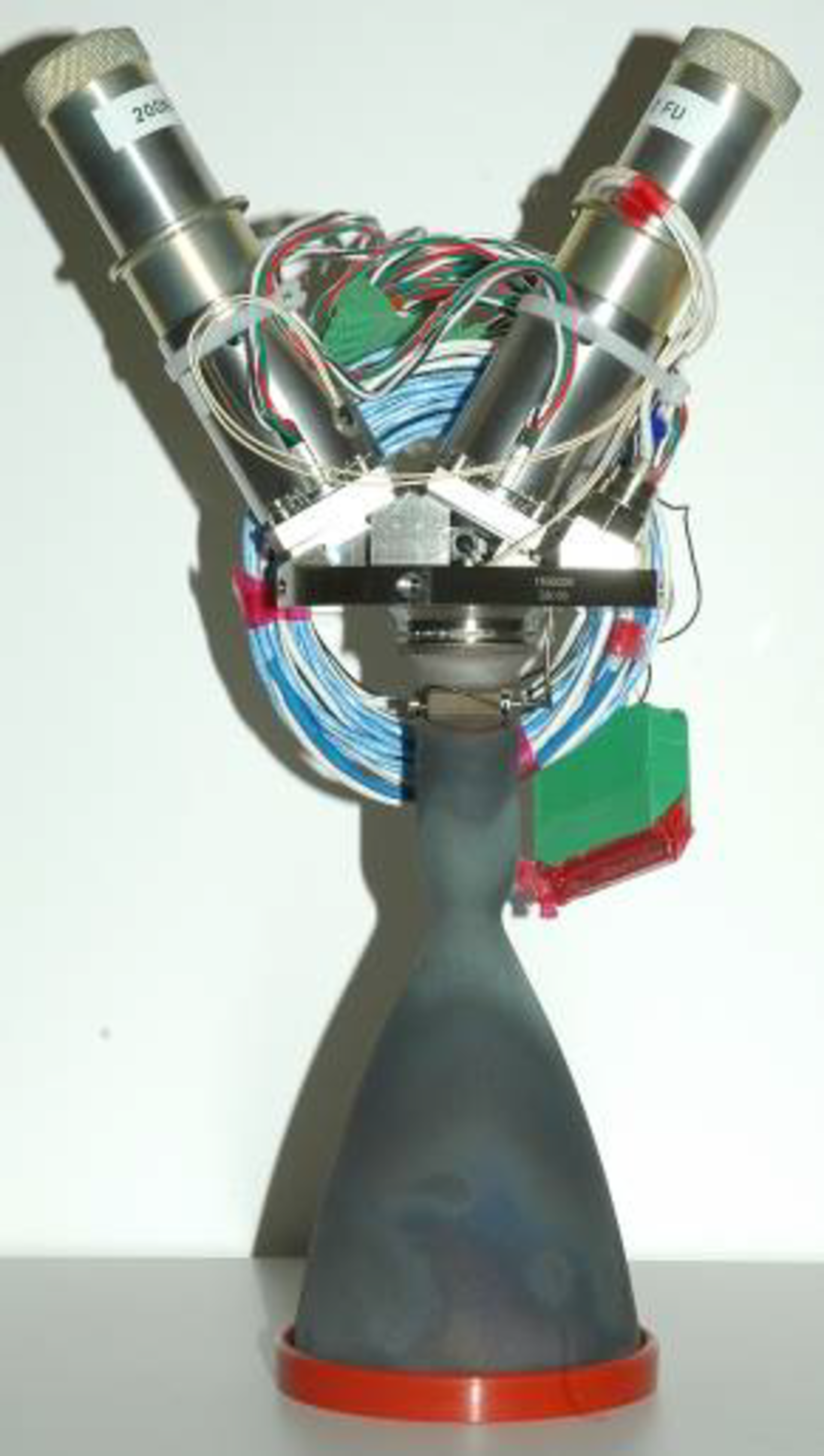 Lunar Lander has a mass of around 2500 kg on its launcher. The whole spacecraft lands on the Moon – there is no propulsion stage that is discarded in lunar orbit. The voyage and landing will reduce its mass to 800 kg on the Moon.

The drum-shaped vehicle, with four legs, is built around four large propellant tanks. Power is generated from solar panels on the cylindrical body, feeding batteries for periods when the Sun is not available.

Five braking engines clustered under the main body can deliver 500 N of thrust each. Six smaller thrusters, modified from ESA’s Automated Transfer Vehicle, provide 220 N each. These fire in short bursts to steer Lunar Lander to a safe touchdown, as well as contributing to braking it out of orbit. Sixteen 22 N thrusters provide attitude control.

Critical hardware sensitive to low temperatures – such as batteries and electronics – is cocooned in the craft’s centre. There, it will be protected from the cold on the Moon when the Sun disappears below the horizon and the surface temperature drops to –170°C.

The lander has several ’eyes’ such as its landing camera and lidar mounted on the bottom platform. The top platform holds the external equipment such as the scientific instruments, the panoramic camera and a deployable antenna to communicate with Earth.