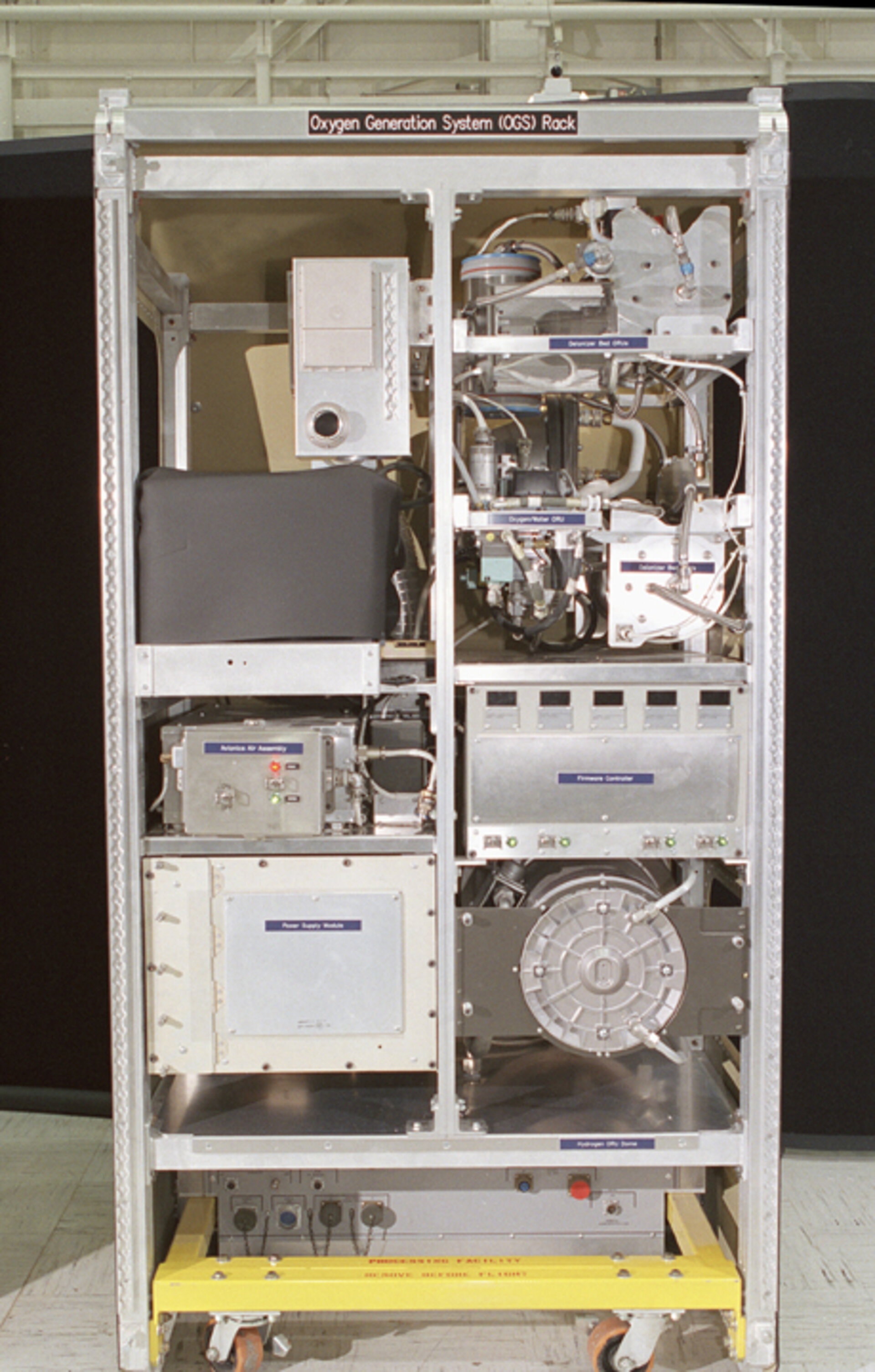 The Oxygen Generation System produces oxygen for breathing by the crew and laboratory animals, as well as for replacement of oxygen lost due to experiment use, airlock depressurisation, module leakage and carbon dioxide venting. The system consists mainly of the Oxygen Generation Assembly and a Power Supply Module.

The Oxygen Generation Assembly electrolyses water provided by the Water Recovery System, yielding oxygen and hydrogen. The oxygen is delivered to the cabin atmosphere, and the hydrogen is vented overboard. The Power Supply Module provides the power needed to electrolyse the water.